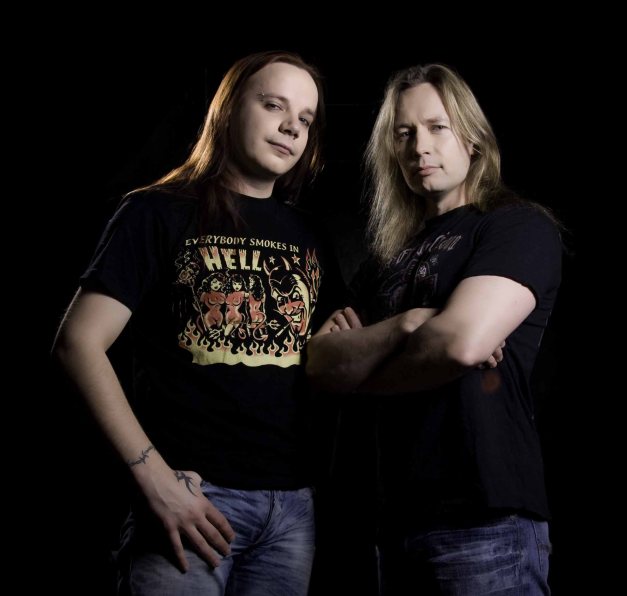 Tracklisting: Stormcrow; The Best Of Times; A Night To Forget; I Will Build You a Rome; Too Tired To Run; Constellation Of Tears; Antemortem; My Heart Beats For No One; I Am Legion; Rising Sun; On The Shore

Cain’s Offering – “Stormcrow”. Finland has a diverse and vibrant Metal scene, and Cain’s Offering is a band comprised of several of its most talented Power Metal players, principally guitarist/songwriter Jani Liimatanien (Sonata Arctica) and Stratovarius vocalist Timo Kotipelto. “Stormcrow” mixes Power Metal with a more modern, donwtuned Heavy Metal sound, and the finished product boasts the best aspects of both worlds; each song has the grand, sweeping melodies and lush arrangements you’d associate with Power Metal, and the heavier, more contemporary guitar sound adds facemelting force, resulting in an album that’s equally capable of caressing your ears and making them bleed at the same time! The songs are impeccably arranged and performed, and I’ve found myself coming back to this album for more, time after time! A refreshing change for Power Metal fans, and also for anyone who likes Melodic Metal in general. 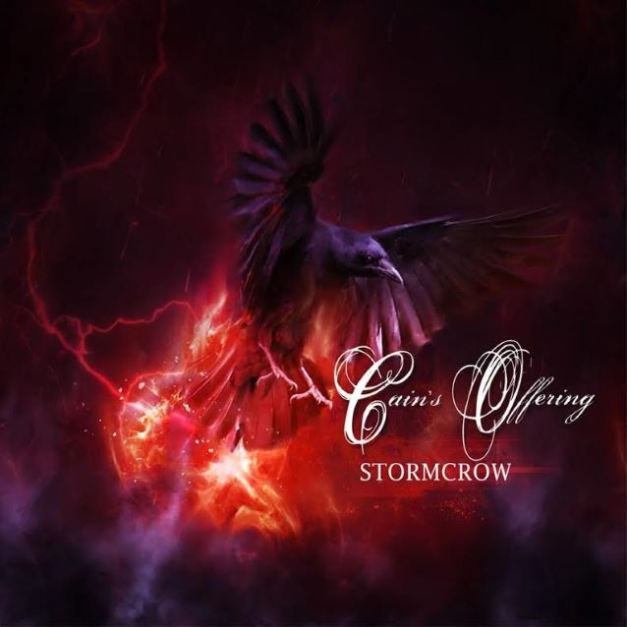 Frontiers Music Srl has announced the release of the second CAIN’S OFFERING studio album entitled “Stormcrow” on May 15th in Europe and May 19th in North America.

Drawing its musical influence from both the classic Hard Rock scene, the fast-paced European Power Metal and a very modern Heavy Metal sound, CAIN’S OFFERING is, just as expected, another perfect example of today’s living and breathing Finnish music scene.

Joining Jani on the band’s sophomore release, coming after 2009’s acclaimed debut “Gather the Faithful”, are STRATOVARIUS members vocalist Timo Kotipelto and keyboardist Jens Johansson, plus Jonas Kuhlberg on bass and Jani “Hurtsi” Hurula (Paul Di’Anno) on drums. “I was approached about doing this second Cain’s Offering album already a few years ago” explains Jani, “but back then I was way too busy with other projects to even consider taking the time to write an album worth of material, but last year when I was approached about it again I thought that the time might be right and felt like I could really focus all my energy on the album”.

Jani continues “I think musically the new album is a bit more focused and coherent. “Gather The Faithful” was the first album where I wrote all the music and lyrics by myself, and in retrospect maybe I was a bit too ambitious, trying to prove that I can actually write really good, complex songs. It’s been six years since the first one and I think that I have matured as a writer, not trying to prove anything anymore, just trying to write the best possible material. It’s still very much vocal and melody orientated writing, since to me the melody is always the king, but I did try to keep things a bit more simple this time. Although I think Timo would still say some of the vocal melodies are quite complex!” 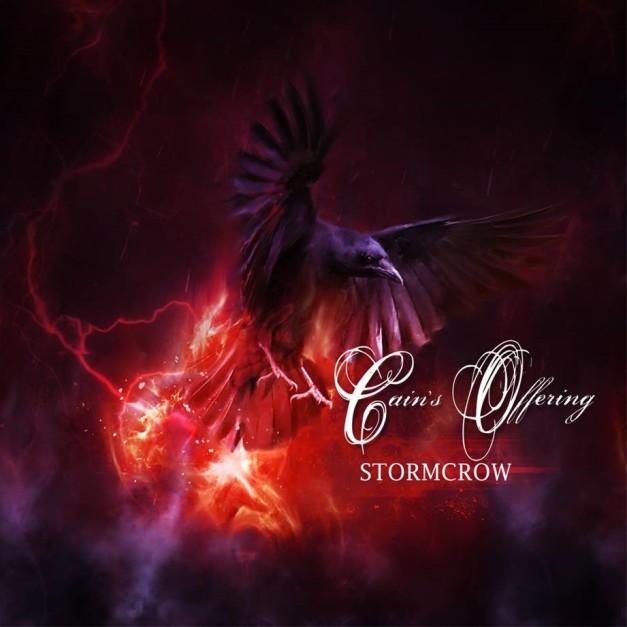 “Stormcrow” is a tour-de-force of who’s-who in the Finnish heavy metal scene, and yes, this does sound like a wet dream come through for all fans of melodic Heavy Metal. And guess what – the final result is going to blow you away as this album melts the best of SONATA ARCTICA and STRATOVARIUS in a new, exciting and powerful sound!

“Stormcrow” tracklisting includes: Stormcrow; The Best Of Times; A Night To Forget; I Will Build You a Rome; Too Tired To Run; Constellation Of Tears; Antemortem; My Heart Beats For No One; I Am Legion; Rising Sun; On The Shore

An album trailer can be enjoyed following this link:

THE GATES OF SLUMBER To Release ‘Stormcrow’ EP

Posted by aliblackdiamond on January 13, 2013
Posted in: Int. News. Tagged: Scion Audio/Visual, STORMCROW, The Gates Of Slumber. Leave a comment

“Stormcrow”, the new EP from Indianapolis doomsters THE GATES OF SLUMBER, will be released on January 29 via Scion Audio/Visual, (a.k.a. Scion A/V), the in-house record label and lifestyle marketing division of the Scion marque produced by Toyota Motor Corporation for the North American market. The CD was recorded by Sanford Parker and it features cover artwork by Dave Quiggle.

THE GATES OF SLUMBER last year parted amicably with drummer J. Clyde Paradis, who recorded and toured behind the 2011 album “The Wretch” (Rise Above Records).

THE GATES OF SLUMBER started in 1998 as a backlash against the stoner rock trend prevalent at the time and with their mixture of BLACK SABBATH, SAINT VITUS, PENTAGRAM, and prime-era CELTIC FROST, the band has crushed or converted unbelievers ever since.

“The Wretch” was released in May 2011 via Rise Above/Metal Blade. The CD was recorded at England’s Orgone Studios with producer Jaime Gomez Arellano (GHOST, ANGEL WITCH).

STORMCROW – “Disposition to Tyranny” out now

Surpassing the human being, resisting to the instinct dissolution, now that the world finds in the order its idiot consolation, now that the ability to regress as specie seems to be what actually distinguishes us from the other livings. To be worms has never been so easy as at this time. Which musical genre better than Black Metal could successfully face these dramatic and crucial humanity themes? Which world if not the one of the highest peaks and glaciers could supply the purest artistic and philosophic inspirations capable to awake the asleep consciousness of the most?

The necessary condition to enter in this world, which is the leitmotiv of the whole STORMCROW album “DISPOSITION TO TYRANNY” (2012), is to definitively forget the concepts of good and evil, to feel the Will as the drawing power of the existence.

As the attentive listener will catch in the remarkable lyrics of the album, the disposition to Tyranny is far from being a political concept, but It has to do with the will of every fragment of the nature that struggles and pretends its place into the universe.

After their previous work “WOUNDED SKIES” (2006 Dwell Records LA California), the Stormcrow quintet, formed by Zedar (Bass Guitar), Goraath (Drums, Voice, Keyboards), Narchost (Lead Guitar), Vastis (Voice) and Astaroth (Rhythmic Guitars), presents “DISPOSITION TO TYRANNY”, an album that benefits from a varied songwriting but solidly laced to the best violence and melancholy canons that the genre could offer, something that leaves room to the characterizing of each song even keeping at highest level the psychophysical involving of the listener.

The sensation of musical and conceptual deepness, the attention to graphic details and to stylistic production that you can feel meeting with the album “DISPOSITION TO TYRANNY”, are supported by a great histrionic attitude to live performances.

Shining, Dark Funeral, Hate, Enthroned, Vader, Mortuary Drape, Negura Bunget, are just some of the bands with which Stormcrow had shared the stage in years of shows through Europe like Belgium, Germany, France and Slovenia engaged in tours, gigs and festivals of the calibre of Metal Camp, to which the band took part in 2009, Filtrhock Festival and others.

Stormcrow will play with GORGOROTH on Friday May 11th at Rock N’Roll, Romagnano (ITALY)!