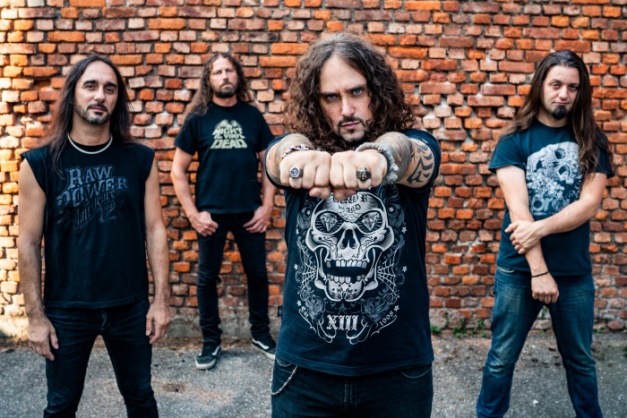 Today the band proudly presents the official videoclip for the song “The Call”:

Mastermind and guitar player Tommy Massara comments: “This is the video for ‘The Call’, opener of our last record. It’s a playback captured in just one day; we have chosen 2 different locations: Day and Night; Water and Fire”.

EXTREMA are ready to embark on their Italian tour in support of their last effort, “Headbanging Forever”. 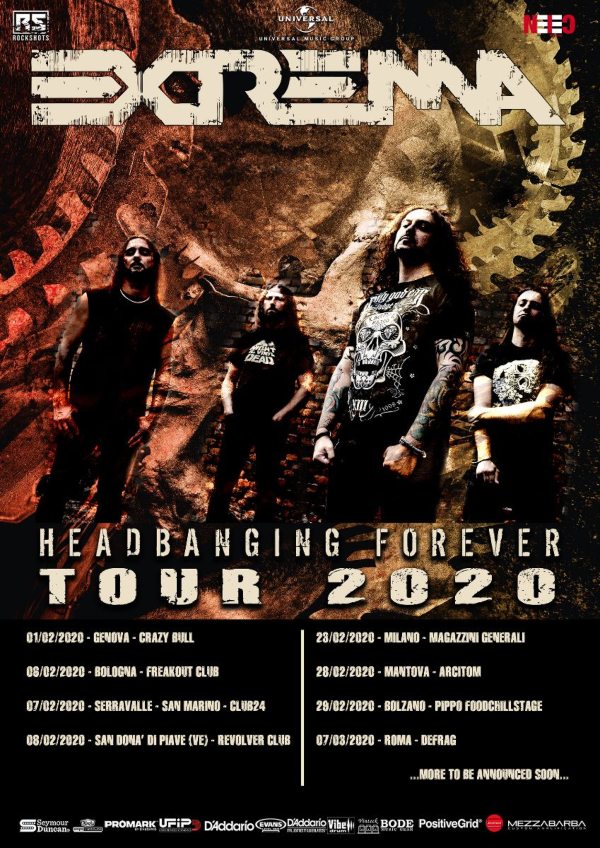 Century Media has issued that the Spanish Thrash Metallers ANGELUS APATRIDA continue to promote their newest studio album, “The Call”: After performing a successful European tour together with labelmates 3 Inches Of Blood and Havok and playing a ton of shows in Spain and Portugal, ANGELUS APATRIDA are now heading towards Finland to support the Swedish Metal innovators Meshuggah on 3 dates as follows:

Furthermore, ANGELUS APATRIDA are currently working on a re-release edition of their first two albums, “Evil Unleashed” (2006) and “Give ‘Em War” (2007), both of which have become rare and requested items after years of being tough to find on the market. The re-release version via Century Media Records will gather both albums onto a 2CD package to be entitled “Evil Unleashed / Give ‘Em War” and will also see the songs become available digitally for the very first time worldwide.

The creative team involved with this special re-release is staying the same as on the band’s last two albums, “Clockwork” (2010) and “The Call” (2012): Daniel Cardoso has been handling re-mastering duties for the material and Gustavo Sazes / Abstrata (Arch Enemy, Firewind, Dream Evil, etc.) is responsible for revamping the artwork. “Evil Unleashed / Give ‘Em War” will also include early demo material as bonus tracks and liner notes, etc. Expect a release date for later in the summer 2013.

ANGELUS APATRIDA – “The Call” online videos:
“You Are Next” official video-clip:

ANGELUS APATRIDA’s “The Call”, which entered the charts in Spain of a stellar # 14 spot upon release in April of 2012, is available as special first-pressing slipcase packaging with two bonus tracks and also as LP on 180gr. on black, golden or blue vinyl. A split 7″ EP with 3 Inches Of Blood (Featuring ANGELUS APATRIDA’s “Killer Instinct” as well a cover version of Judas Priest’s “Hell Patrol”) can also be ordered via CM’s online shop. Check out all available ANGELUS APATRIDA items here: www.cmdistro.de