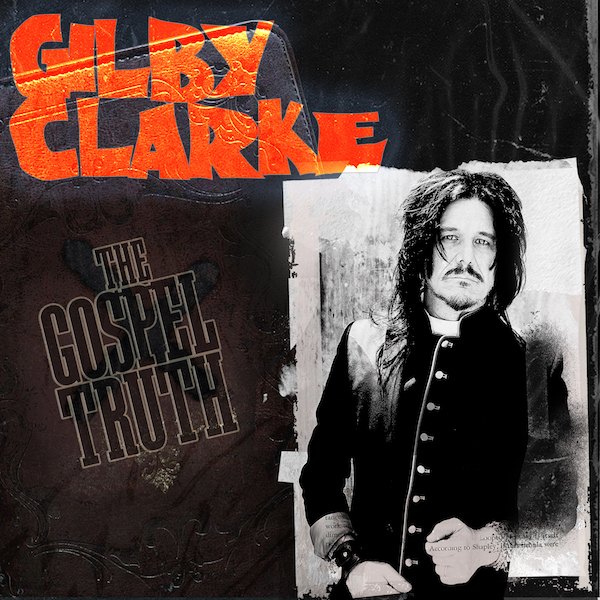 In the world of rock, GILBY CLARKE needs no introduction. From crunching legendary chords on his beloved Gibson Guitar in the stadiums with Guns N’ Roses, to getting down into the Snakepit to with his GNR buddy Slash, gracing our TV Screens on the widely watched rock reality show Rockstar: Supernova or creating pure, heartfelt rock music as a solo artist, GILBY CLARKE has done it all.

Out now via Golden Robot Records, ‘The Gospel Truth’ is the second single lifted from Gilby’s forthcoming album of the same title, and is about the concept of truth today.

LISTEN to ‘The Gospel Truth’ HERE

The truth is whatever someone says out loud, no one is accountable and it’s puzzling. Reflecting on an upbringing within the Catholic church, Gilby Clarke reflects on the idea that honesty shouldn’t come from fear, and encourages the listener to be brave, say what you mean, and mean what you say.

His previous single ‘Rock n’ Roll Is Getting Louder’ released back in February, is a true stormer of a track in pure Gilby fashion – rock n’ roll doused in the influences that run through Gilby’s veins.