The Man-Eating Tree: support ”Harvest“ live on tour with Amorphis

Posted by tarjavirmakari on September 20, 2011
Posted in: News. Tagged: amorphis, The Man-eating tree. Leave a comment

CEINTURY MEDIA has issued the following:

THE MAN-EATING TREE’s sophomore album, “Harvest” will be released November 28th – just a month before the band will embark on a European tour supporting Amorphis. To round things off, the Norwegian prog metal and rock outfit Leprous (InsideOut Records) will spice up the atmospheric billing.

After releasing their debut album “Vine” outside of Finland Century Media Records signed the Finnish atmospheric metal band THE MAN-EATING TREE that is featuring Vesa Ranta (formerly Sentenced) and Janne Markus (ex-Poisonblack) worldwide. Yet again THE MAN-EATING TREE have recorded their upcoming album “Harvest” with Hiili Hiilesmaa, but with some extra force injected by their additional guitarist Antti Karhu.

Posted by tarjavirmakari on September 12, 2011
Posted in: News. Tagged: The Man-eating tree. Leave a comment

THE MAN-EATING TREE — the atmospheric metal band featuring former SENTENCED drummer Vesa Ranta alongside current/former members of POISONBLACK, REFLEXION and EMBRAZE — has completed work on its sophomore album, “Harvest”, to be released in the coming months via Century Media Records. The CD was once again helmed by producer Hiili Hiilesmaa (HIM, SENTENCED, AMORPHIS) and marks the recording debut of guitarist Antti Karhu.

Commented vocalist Tuomas Tuominen: “Some of you already got the chance to meet [Antti] briefly on our late summer shows. The fine young man was welcomed to our lineup during the spring to play some mean guitar. He brings a style of playing that ranges through the far reaches of our music with ease. Soulful in one moment, packing all the needed punch in the next.

“The new recording and the strengthened lineup are not the only things that have come to a completion during the past few months.

“The album will be released worldwide through Century Media Records, with whom we inked a record deal in the summer.

“Good to work with the Century Media people; the warmth and dedication in their work matches that of ours.” 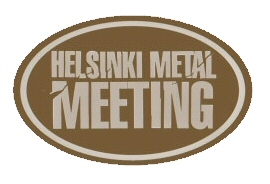 Helsinki Metal Meeting taking place during Feb 17.-19. has completed the line up for the main event at the Cable Factory. Norwegian up-and-comers KVELERTAK and Sweden’s GHOST have been added to the bill. Both of these new additions will be performing on Saturday 19.2.

Artists for the Industry Day at the Virgin Oil Co. on Thursday 17.2.2011 will be announced later.

Century Media Records’ band contest SUOMI METAL STAR, has now advanced to the public voting phase. The link to the nominees is found at www.suomimetalstar.com. Voting period ends on 31.12.2010 and 4 bands that receive the most votes will be performing at the SUOMI METAL STAR –finals at the Finnish Metal Expo on Saturday 19.2.2011. Check it out and make your vote count.

Tickets for Finnish Metal Expo are now on sale at http://www.lippupalvelu.fi and http://www.tiketti.fi. One day tickets only. Tickets cost 35 euros in advance and 40 euros at the door (if not sold out). Possible ticket agency fees will be added to the advance ticket price.

Along with FME-tickets, there are now special prized 3-day tickets available for TUSKA OPEN AIR METAL 2011. Limited edition available until the end of the year at Tiketti and Lippupalvelu. Make sure to check out new TUSKA 2011 visual at www.tuska-festival.fi.

THE MAN-EATING TREE — the atmospheric metal band featuring former SENTENCED drummer Vesa Ranta alongside current/former members of POISONBLACK, REFLEXION and EMBRAZE — has made a new song, “Vultures”, available for free download at this location.

Commented guitarist Janne Markus: “‘Vultures’ is actually allowing you to catch a glimpse at the upcoming album. You might be able to find some new influences in this song that might help you to imagine how the new album will sound like and what it will be about. Also, the song is a perfect soundtrack for the darkness of December.”

Posted by tarjavirmakari on November 20, 2010
Posted in: News. Tagged: Of Birth For Passing, The Man-eating tree, video footage. Leave a comment

Fan-filmed video footage of  The Man-Eating Tree — the atmospheric finnish metal band featuring former Sentenced drummer Vesa Ranta alongside current/former members of Poisonblack, Reflexion and Embraze — performing the song “Of Birth For Passing” on November 9, 2010 at Musikzentrum in Hannover, Germany can be viewed below.

Posted by tarjavirmakari on September 19, 2010
Posted in: News. Tagged: debut album, official video, Out Of The Wind, The Man-eating tree, Vine. Leave a comment

The atmospheric metal band “The Man-Eating Tree”‘s debut album, “Vine”, will be released in Finland on September 22 via Cobra Records and in other territories through Century Media Records. The CD was recorded at Mastervox Studio in Oulu, Finland with producer Hiili Hiilesmaa (HIM, SENTENCED, AMORPHIS).

The Man-Eating Tree will tour Europe in October and November with their fellow Finns Tarot.

The Man-Eating Tree line-up is: