IN THE RED: New Official Video “The Enemy” Released 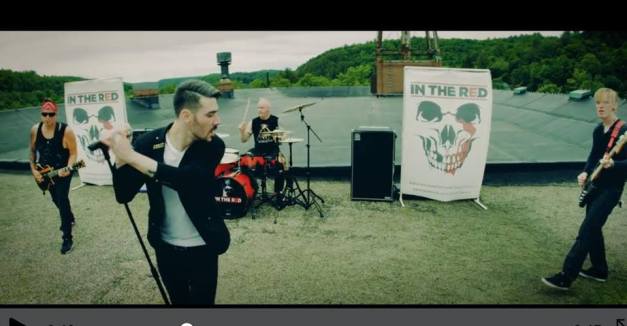 New England metallers IN THE RED are unleashing their self-produced album “The New World”. The band has released a new video, entitle “The Enemy”, taken from the upcoming album. Watch below.

Also check out the first video “Giving In”, released earlier this year:

In the wake of the societal mainstreaming of modern rock and metal in music, IN THE RED embraced their inner roots as musicians and cultivated an original sound with blends of heartfelt melodies and the belting screams of heavy metal. This blend has proven itself to be the balanced sound that lends itself to popular radio play as well as a cool, cult following of the true genre without compromising those very musical roots that are the building blocks of the band. After countless hours of writing, recording, and experimenting with various musicians for the band, In The Red has evolved, arrived and has taken the CT music scene by storm. With powerful lyrics, insanely killer beats, and shredding guitar, they have found the synergy in their group that is the perfect fit and here to stay.