IN FLAMES Announce New Studio Album “I, The Mask”, Out On March 1st, Unleash Official Videos ‘I Am Above’ And ‘(This Is Our) House’, April Headlining Tour In UK & Europe

Legendary Swedish melodic heavyweights IN FLAMES are thrilled to announce their thirteenth studio album, titled, »I, The Mask« that will be released on March 1, 2019 via Nuclear Blast (worldwide, excl. North America) and Eleven Seven Music (North America). Pre-orders for the album will begin January 11 offering ‘I Am Above’ and ‘(This Is Our) House’ as instant downloads. The 12-track album reunites them with Grammy-nominated producer Howard Benson (MY CHEMICAL ROMANCE, MOTÖRHEAD) who also produced 2016’s »Battles«. Additionally, the album was mixed by Grammy award winner Chris Lord-Alge (CHEAP TRICK, LINKIN PARK) and mastered by Grammy mastering engeneer, Ted Jensen (PANTERA, EAGLES, GUNS N’ ROSES).

The album artwork is created by artist Blake Armstrong and depicts a unique interpretation of the band’s mascot, The Jesterhead. The story of the cover will be revealed via the full album artwork on March 1st, which coincides with each song on the album. 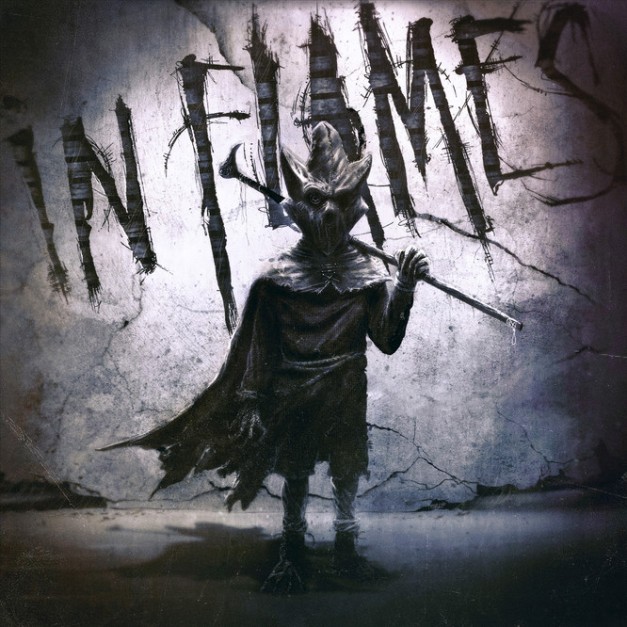 “This album is really a special one to us. Since our last record, “Battles”, we’ve established our own annual festival in Sweden and have been touring non-stop worldwide, creating an even stronger bond with our fans. You could say it was a big part of our inspiration for this album. It’s been such a long journey that just keeps going and growing; We feel extremely thankful for that, and for the support that makes it possible. We dedicate our 13th album, “I, The Mask” to our fans who allow us to keep making music and playing it every night. IN JESTERHEADS WE TRUST.” – Anders Fridén from IN FLAMES

»I, The Mask« will undoubtedly showcase why IN FLAMES are one of the biggest metal bands in the world – never shying away from pushing their artistic boundaries, crafting music that’s as catchy as it is crushing. Formed in 1990, the band are considered one of the forefathers of melodic death metal and the purveyors of the ‘Gothenburg sound’. With twelve studio albums under their belt, countless successful tours around the globe playing with the likes of METALLICA, IRON MAIDEN, MEGADETH and DEEP PURPLE – with millions of records sold and a massive fanbase worldwide, IN FLAMES have proven to be an unstoppable force. From their 1994 debut »Lunar Strain« onwards, the band’s intricate twin guitar attack, melodic vocals and superb arrangements have given them a signature sound that has evolved throughout the years.

Watch the official music video for ‘I Am Above’ here:

Watch the lyric video for ‘(This Is Our) House’ here:

“I was very intrigued by doing something I’ve never done before and honored getting the question from IN FLAMES. Also trying to portray a lively song in a dark room, sitting in front of a camera was challenging, but I felt strongly for the song and the lyrics, so that was a comfort.” – Martin Wallström from Mr. Robot

Additionally, IN FLAMES announced their UK + Europe headline tour that kicks off on April 3 in Glasgow concluding on April 18 in Zurich. Special Guests to be announced soon. Tickets for the UK and Europe can be found @ http://www.inflames.com/tour and VIP packages and upgrades can be purchased here: https://bit.ly/2EtnVoe 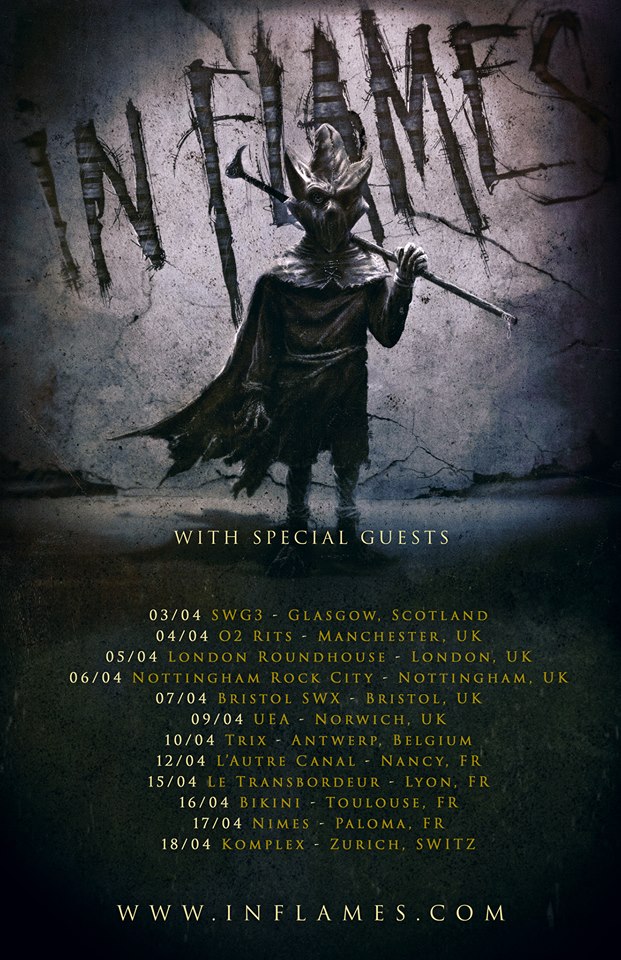