Posted by tarjavirmakari on December 7, 2018
Posted in: Int. News. Tagged: 'Through the Storm', “In The Eye Of The Storm”, “Surprise”, BLACK SHEETS OF RAIN, Tony "Demolition Man" Dolan, Uruk Hai, Venom Inc.. Leave a comment

The track “Through The Storm” is available now as a download single from iTunes and all other reputable online stores, and can also be streamed on Spotify (see below the links).  The track is featured in “Surprise” (watch the trailer below), a new horror movie from Hermitage Wanderer/Greenhouse Films, which premiered in Manchester, UK, on November 24th and will be sent to film festivals in 2019.

A lyric video is now online on the band’s Facebook page, created by R.R. Wyatt Studios, watch it here.

Posted by tarjavirmakari on August 29, 2017
Posted in: Int. News. Tagged: 'Through the Storm', ‘Army Of One‘, Riot. Leave a comment 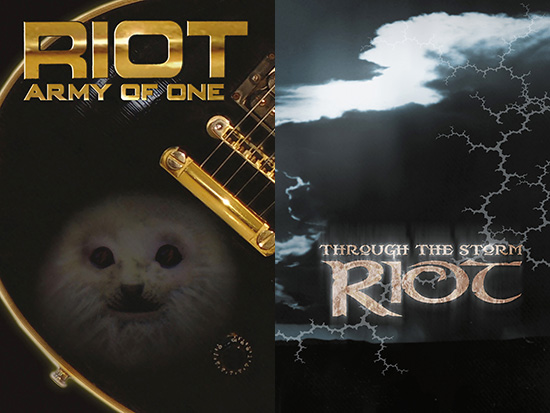 Over the past couple years Metal Blade Records has re-issued a whole bunch of RIOT albums on Digi-CD and vinyl.

On September 8th the next two titles will be added to the rich catalogue of this fabulous band. ‘Army Of One‘ and ‘Through The Storm‘ are two studio albums that can easily be described as melodic power metal gems!

‘Army Of One‘ will be available on Digi-CD with two bonus tracks (‘Road Racin’ (live)’ and ‘Still Alive (instrumental rough mix)’ as well as on vinyl in three different versions (180 g black/golden yellow/clear/black marbled).

‘Through The Storm‘ will be available on Digi-CD with four bonus tracks (‘Follow You (demo)’, ‘Army Of One (instrumental)’, ‘Shine (instrumental)’ and ‘Blinded (demo)’) as well as on vinyl in three different versions (180 g black/night blue grey-marbled/clear white).

All three albums have been remastered by Patrick Engel for the best sound quality ever. The vinyl versions include 350 g covers, an insert and a free poster each, the Digi-CDs poster booklets.

Pre-Order your copies now at: metalblade.com/riot

Check out the other RIOT titles we have released in the past few years and order them from HERE!

Posted by aliblackdiamond on June 30, 2016
Posted in: Int. News. Tagged: "Cube Of Infinity", 'Through the Storm', NOISEART RECORDS, Winterstorm. Leave a comment

The German Folk/Power-Metal heroes WINTERSTORM are set to release their fourth studio album, “Cube Of Infinity”, on August 19th, 2016 via NoiseArt Records.

Today, the band presents the lyric video for the brand new song ‘Through the Storm’.
Check it out here:

The band states:
“New ways! Powerful and with new strength we are heading for a adventurous Journey. The storm in us is blowing stronger than ever before. Don’t worry about the hat. ;-)”

The artwork was created by guitar player Michael Liewald: 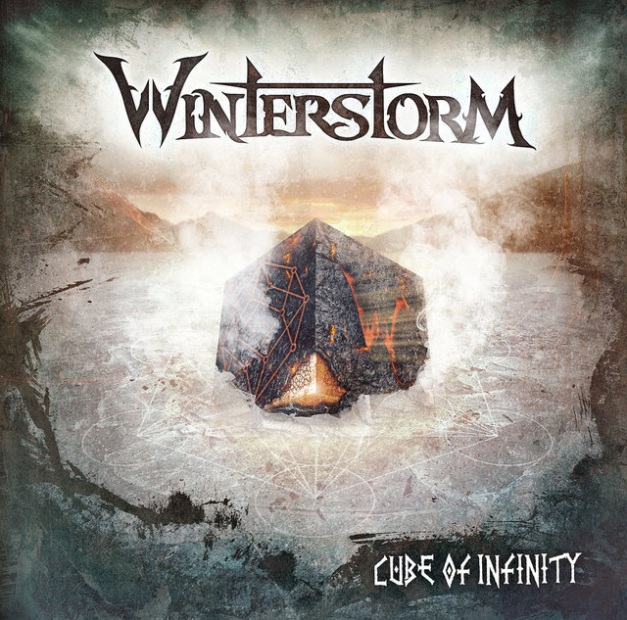 “Cube Of Infinity” shows that WINTERSTORM by far haven’t reached the end of their journey. Once more, their highly diversified songs lure the listeners into a Fantasy World that becomes a thrilling adventure thanks to the high quality of the musical background. Catchy rhythms, enthralling melodies, and elating refrains make “Cube Of Infinity” a model of how Power Metal should sound in the year of 2016… that will fascinate not only fans of bands such as Blind Guardian, Rhapsody, and Orden Ogan.

WINTERSTORM again skillfully succeed in uniting Folk elements and Power Metal to form a unique and kitsch-free mixture of their own.”Cube Of Infinity” is in schedule to offer a cooling summer storm in the heat of August, drying the sweat of fans with a huge portion of passion and fresh wind.
www.winterstormarea.com
www.noiseart.eu