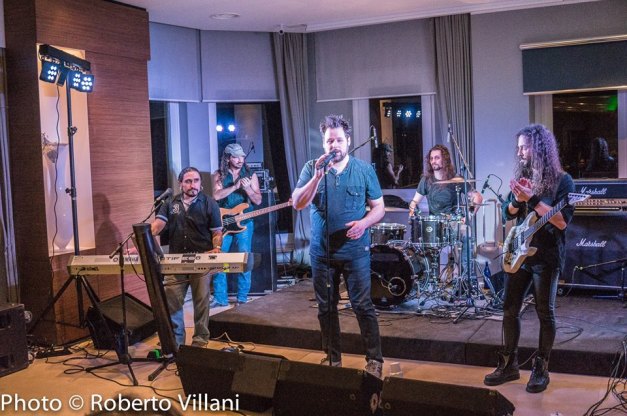 Recorded last February 27th in Napoli, Italy at the party organized to celebrate the XXth Anniversary of Frontiers Records, the label wanted to make things really special. So Frontiers President, Serafino Perugino, asked Alessandro if he wanted to be part of the celebrations and if he wanted to perform a few songs live – as an unforgettable moment for all business partners, friends and journalists attending the event. Further discussions brought Pride of Lions singer Toby Hitchcock into the picture. He agreed to come over from Indiana and have a stab at some true AOR and Melodic Rock classics “in his own way”.

So the set includes a few tracks which showcase some tunes originally written by Alessandro and then performed by other artists, while the bulk of the show sees Toby Hitchcock taking care of lead vocals on classic Perugino’s very own favourite songs, originally recorded by Survivor Music, Journey, Bad English, Foreigner and of course Pride of Lions too.

Alessandro Del Vecchio says: “When Serafino asked me to perform at the XX Anniversary party, I just couldn’t say no. Frontiers to me is not just a label I work with. I’m proud to be part of the working team behind these great albums. I called in some of my best buddies in music and after a rehearsal with Toby, we flew down to Napoli, hoping we could burn the house down. Well, we did and with a lot of fun too! Serafino asked us to perform his “dream setlist”, as we called it, and we took the challenge to go out and play those songs with barely 2 hours of getting together, to give it a flavour of a jam among friends more than a regular gig. The atmosphere was awesome and the smiles on people’s faces were just worth the challenge! To me the most magical moment has been singing the song I wrote for Serafino’s dad – “In The Name Of The Father (Fernando’s Song)” – in front of his whole family. I almost cried when I opened my eyes at the end of my last note. That’s what music is about and I hope you can enjoy these few songs and get the magic we experienced and lived that night. Long live Frontiers!”

Toby Hitchcock adds “What an incredible honor to be a part of this celebration! When Serafino asked if I could come to Italy to sing for this event, I didn’t hesitate one minute! It was an amazing experience for me to play for the Frontiers crew, but also share the stage with Alessandro and the guys. What an incredible group of musicians! I hope to rock the stage with them again someday! Thanks for having me Frontiers! Here’s to 20 more years!!””

The performing band was rounded up by experienced musicians such as Nik Mazzucconi (Edge of Forever) on bass, Marco Di Salvia on drums and Francesco Marras – Guitarist on guitars. It was truly an unforgettable and unique night – enjoy and celebrate with us!

The Road To Nowhere*
Here Forever*
In The Name Of The Father (Fernando’s Song)*
It’s Criminal
Straight To Your Heart
Faithfully
Sound Of Home*
Mother, Father
I Can’t Hold Back
Man Against The World
That Was Yesterday
The Courage To Love Somebody
Don’t Stop Believin’ 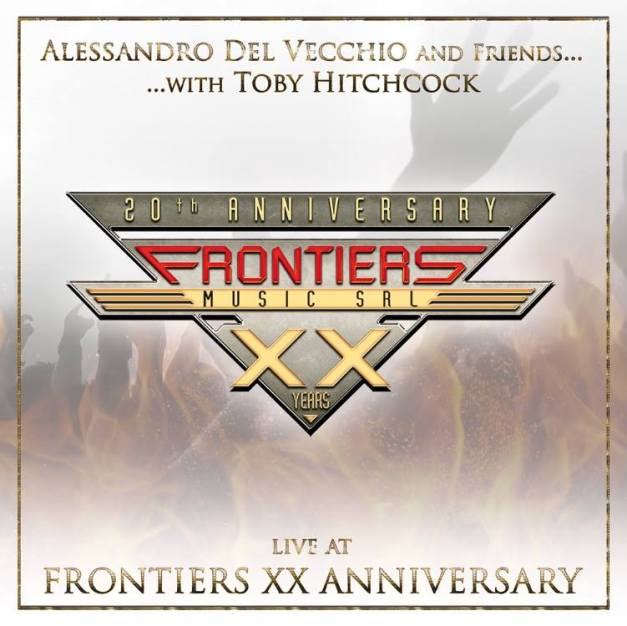 All copies unsold after the Festival will be exclusively sold on the Frontiers website (www.frontiers.it). No preorders will be taken. VIP Tickets purchasers will receive a free copy of the cd.

Frontiers Rock Festival will be held at the LIVE MUSIC CLUB in Trezzo Sull’Adda (Milan) on April 23 and 24, 2016. VIP Tickets (only a handful left) will also have a special access to an acoustic show / kick off party with Kip Winger, Phantom 5, Terry Brock, Drive,She Said, Paul Laine and Robbie LaBlanc featured.