“After a monumental year for us gigging all over Europe in 2019, it was time for us to take that momentum and energy into the studio to record our second album “Heading For The Fire”. This led to us combining the foundations of the band’s sound with some fresh elements and ideas to create a new and exciting record. Once again we recorded with our long term engineer Mike Taylor who knows how to get the best out of us, this time with our founding bassist Felix Dock back in the band. We were also excited to be working with Enforcer’s Olof Wikstrand for the first time who’s done a great job with the mix. 2020 has been a strange year to say the least but we’ve made the most of it and we can’t wait to hit the stage again full force with these new songs in the set!”

“Heading For The Fire” will be released on February 12, 2021, via Dissonance Productions.

Lyric video for the single “Into The Unknown” can be watched here: 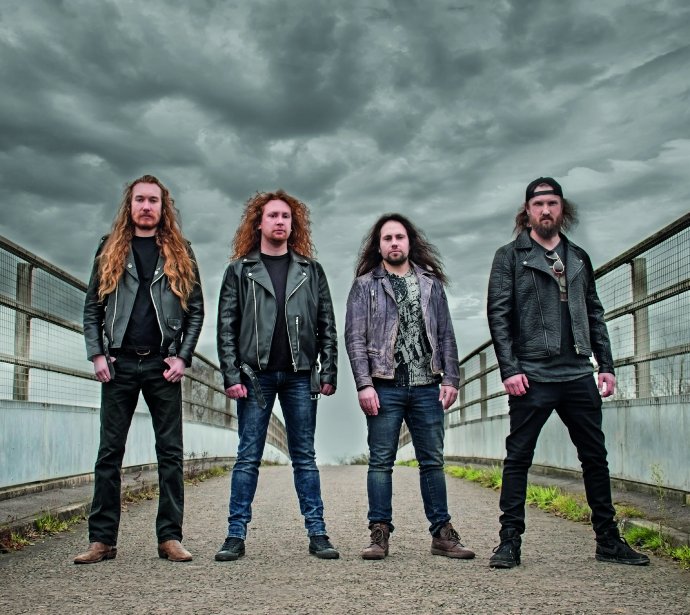 Southampton’s TOLEDO STEEL have been conquering stages across the UK and Europe since 2011 with their own style of ’80s influenced high energy heavy metal and have proved themselves to be one of the UK’s leading forces in the New Wave Of Traditional Heavy Metal.

“2013 and 2015 were important years for us as a band. They saw us record and release our first two EPs independently and make our mark in the growing scene of young heavy metal bands. Our self-titled 3 track debut captured the raw energy of a new band right out the gate, whilst the follow up “Zero Hour” was a more refined effort with the sound we envisaged from the start” says guitarist Tom Potter. “We wouldn’t be where we are now without these EPs and some of the songs are still in our live set today! Fast forward to 2020 and it’s great to have both EPs packaged up and released on a single disc, allowing these songs to reach new audiences” he adds.

The collection of early TOLEDO STEEL recordings entitled “The First Strike Of Steel” will be released on May 15, 2020, via Dissonance Productions. 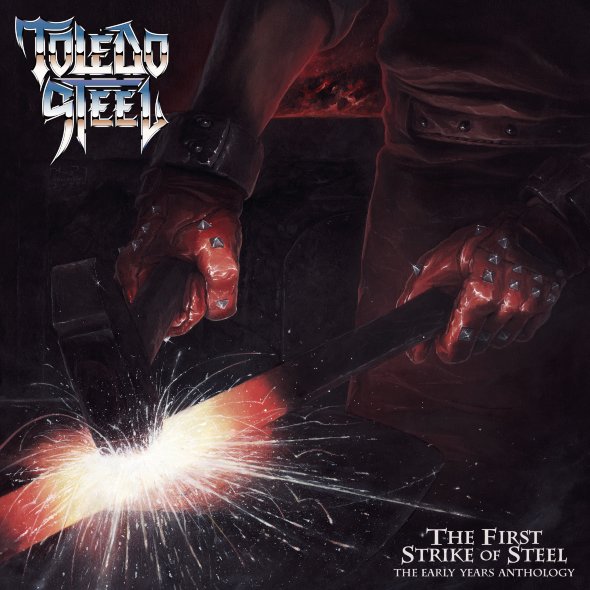