Guttural vocals and tenacious riffing combined with a menacingly heavy production – March 20th will see Death Metal masters NO RAZA release their highly anticipated new album “Transcending Material Sins” on Noble Demon Records. A crushing assault of pure destruction and a true bliss for all fans of the genre! Get your ears and eyes on it and check out the brand new lyric video for “Sail In Rot”, featuring legendary Tony Dolan of VENOM INC., streaming now at THIS LOCATION

“Sail In Rot” now streaming on all DIGITAL PLATFORMS 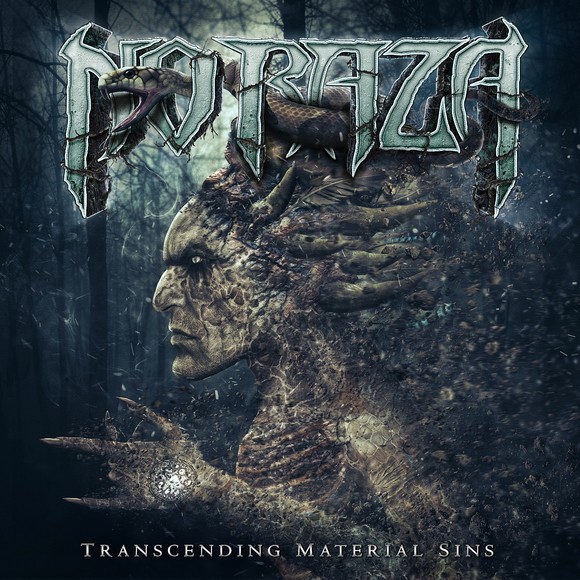 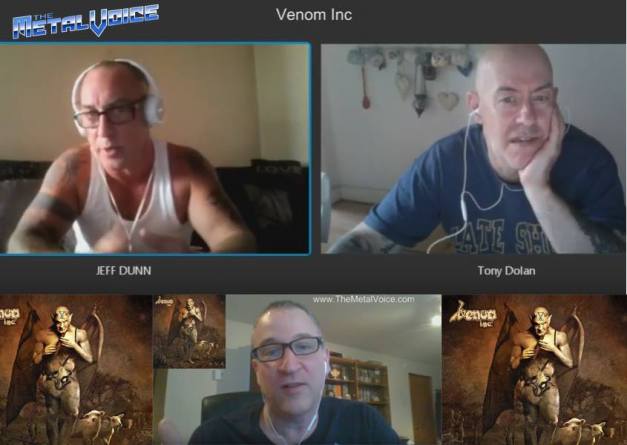 Jimmy Kay from Canada The Metal Voice recently spoke to Tony Dolan (The Demolition Man) and Jeff Dunn (Mantas) from VENOM INC. whose new Album “Avé” will be released on Nuclear Blast on Aug 14 2017.

In the broadcast Mantas and The Demolition man go through all the tracks off their new album Ave and talk about the lyrical themes and music. Mantas also announces that we will be releasing an autobiography in the near future. As well the two spoke about the Venom past the quick rise to fame and how Tony Dolan joined the band.

When asked about their continuous fascination with Satan and the Dark side of music (5:11)
“We had an interest in the dark side. It was a shock horror thing. We looked at bands like Black Sabbath and others that sang about the devil but it wasn’t stuffed in people faces. So we thought we would just develop a pure shock value. We were going to stuff it in people’s face and if they ran away screaming then great and if they embraced it then great that was the whole premise. It was three young guys who wanted to shock the world. It wasn’t something new we just took it a step further. We also had songs with other topics, Teachers Pet, Poison we had songs about serial killers. It was all about the dark side of things or life.” Mantas

When asked about how the album At War with Satan was inspired by Rush 2112 (17:00)
“I was a huge Rush fan and so was Conrad. It was mainly Conrad’s body of work and I contributed to it. It’s no secret, it’s just a personnel opinion. I spoke to fans about this before. The Albums At war with Satan and Possessed I have never been a big fan of those two albums.” Mantas

When asked Mantas why he lost interest in the band in the early years. (19:53)
“If i have to be brutally honest for me it was after Black Metal album. You have to remember the speed of the success of Venom wasn’t gradual, it was overnight, zero to hero in a matter of a week. It was the right place at the right time. The stars aligned everybody was ready for something different and we came along.There was one weekend we were rehearing in this run down place, the following weekend we were in Belgium playing in front of 3000 people. And I think that contributed to the change in personalities as well. When the success of Venom really hit big the personalities changed in certain members and it was unbelievable and that is what I couldn’t deal with.” Mantas

When asked about the theme of album cover artwork on the new album Ave (42:00)
There is Lucifer on the cover of the album clearly walking towards you in a very passive way on a desolate landscape, you can see Adam and Eve eating the fruit from the tree of knowledge. It’s about looking for that inner self. The cover could be, is it Armageddon or is it the beginning? Not only can he fly but he is Lucifer and he can do damage if he wants to but he is quiet passive walking toward you. Is he signaling the end or is he signaling the beginning and your suppose to answer that question. He was an angel banished, what his duty was feed man knowledge and look after him because he questioned the god he was cast down to walk eternity on earth. ” Dolan

When asked about Mantas’ autobiography ( 52:00)
“What I am doing with the book is I am talking it from the day I was born to what we are doing now. Everything I have ever done . Also their will be a lot of photographs that have never been seen before.” Mantas

When asked about the Venom inc Documentary in the works (1:40:00)
What we have been doing is taking snap shots of us traveling up until now and we also did a lot of stuff talking about the new album, the journey of that and continue on this world tour. Then hopefully put it on DVD box set together with some old stuff, unseen stuff, the backstage stuff, the making of the videos and it will be something really interesting.” Dolan

Two announcements were made during the show, the first a fundraising show in their hometown of Swindon, England  on April 1 organized  by Brian Keene at the Riff’s Bar

Millie Grimmett gave The Metal Voice a medical status update on Steve’s present condition, “He has had four operations now, yesterday he had an operation to clean the wound a bit more, open it up a bit, put a drain in there to stop any further infections. So far the infection has stabilized. They have not stitched the wound up it’s still open, they got a drain in there they are hoping it might help stop any infections. He can’t fly until ten days after a big operation, so the earliest he can fly is this Friday. You got the high altitude because of the pressure of the plane, you have the risks of blood clotting, bleeding again, wounds opening so we have to make sure he can actually survive the flight because in total it is 19 hours door to door and we have to get two planes, it’s a gruelling journey for everybody “

Mille went on, “I have a meeting with  the Doctor tomorrow morning to discuss how he is doing and recovery and there is another treatment they can use, using oxygen. So we are hoping they might be able to do that over the next few days. which could speed up the process of recovery. the donations have helped the both of us. Now I am here Steve has perked up a bit and it makes me feel a bot better to see him but we are still alone out here and we want to go home. “

Mille commented about the Hospital Staff, “They are very friendly, very nice, even though we both don’t speak the same language, we still have a laugh, making Steve laugh making him smile, they do what they can with what they got, they don’t have the same resources here. Steve said to me the other day that, last week he was in a ward downstairs and gentleman by him had heart failure and they didn’t have a defibrillator so unfortunately the gentleman died, they did all they could, they have done a great job with Steve.”

Lying on his hospital bed Steve Grimmett said a few words, I am very humbled I didn’t realize that I meant so much to other people, I got no words other than THANK YOU and when I am out on my new leg I’m going to come out and sing for a big party.”

Grimmett continued about finally being reunited with his wife. ” it was such a relief to have somebody that I could talk to, cause she is not only my wife, she’s my best friend, she’s my sole mate, it makes everything easier. I found that in this metal community of ours we have love and respect for each other and to be fair I’ve never met any assholes.” 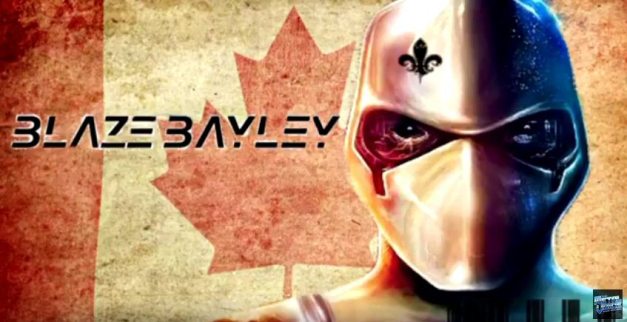 In  Part 1  Blaze Bayley is at his home in the Birmingham, England preparing his luggage and documents for his travel, part one also includes commentary by Rock Author Martin Popoff and Bassist/ vocalist of Venom Inc, Tony Dolan

Film-maker and Executive  Producer Jimmy Kay had this to say about the project,  “Blaze has to be one of the most underrated front men and vocalists in Metal history. This tour documentary aims to capture  the reciprocal love with his fans, the reality of the day to day excitement and grind on tour, as well as information on his time with Wolfsbane, Iron Maiden and his solo career to-date.”

Blaze Bayley added “I’m excited to be returning to Canada and I look forward to meeting my fans at these shows, with the opportunity also for them to be a part of the filming of this Canadian Entanglement documentary”.

Blaze was born 29th May 1963 in Birmingham, England. Having started his professional music career in WOLFSBANE in 1984, his career elevated to global heights when he joined IRON MAIDEN with whom he released two albums and toured worldwide between 1994 and 1999.

After leaving Iron Maiden, Blaze embarked on a solo career, during which he has released eight albums including ‘Infinite Entanglement’ in 2016 and has continued to tour worldwide, collaborating with a host of talented artists and bands.

Always open to collaborating, Blaze just recently joined DISTURBED onstage at Download Festival (UK) for a rendition of ‘Baba O’Riley’ by THE WHO, was accompanied onstage in Poland by Swedish metalheads SABATON for a version of Maiden classic ‘Man On The Edge’, and has been announced as guest vocalist on the forthcoming album by former QUEENSRYCHE singer Geoff Tate . 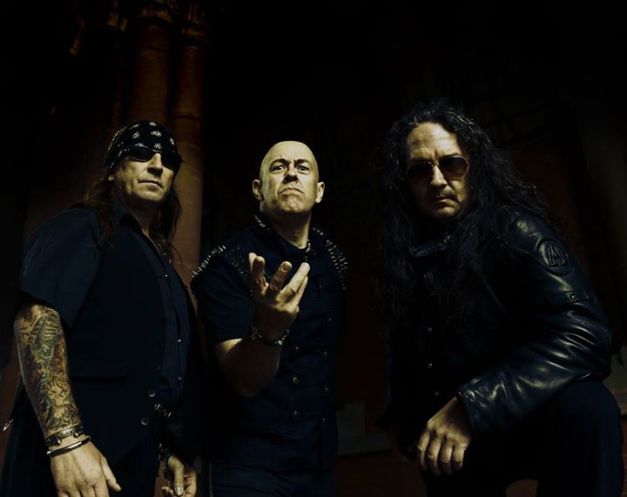 UK Metal Masters VENOM INC  – featuring Tony “The Demolition Man”, Mantas and Abaddon – have just turned back home from Bergen (Norway), where they headlined the “Beyond The Gates” Festival.

Tony Dolan has released their festival blog, once again, exclusively to Metal Shock Finland. Watch below his video messages:

And here are the pictures, which Tony wants to share with Metal Shock Finland readers: 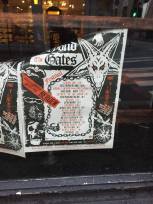 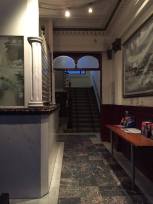 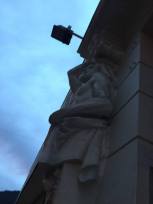 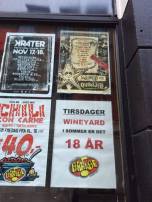 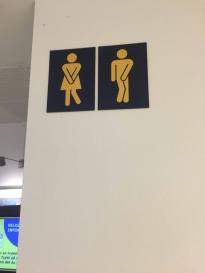 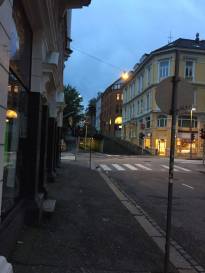 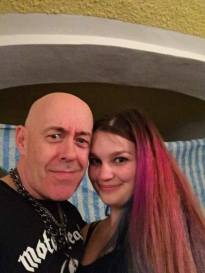 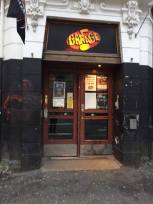 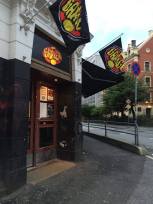 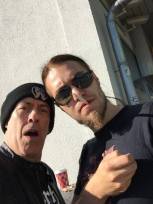 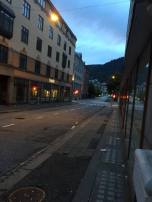 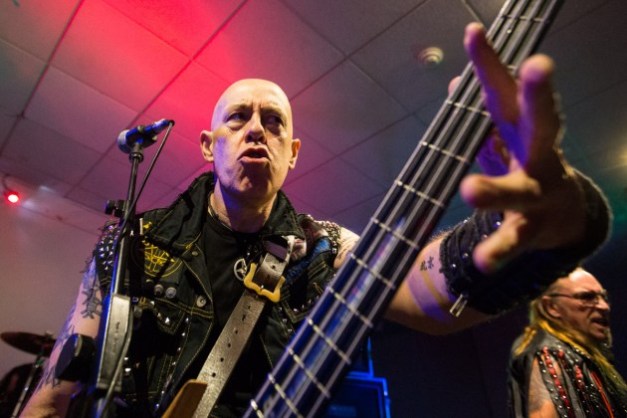 Tony Dolan has issued a special message for their fans:

“On behalf of my band and myself I’d like to thank North America for ALL 60 dates we completed…from Florida to Quebec, from New York to LA, the eastern seaboard, the western seaboard, the north to the south and everywhere in between! Both part I and part II of our 2016 VENOM Inc tour were outstanding. We were welcomed everywhere and the fans? No words can truly describe the emotions they displayed & the support they have shown us. VENOM is for life and for that we thank our Mighty Legions! For our endless gifts, jewellery, photos, Tshirts,CDs, my Tequilla, Abaddon Jack Daniels,Posters,artworks,on & on, we feel very humbled and privileged and for ALL we Thankyou. Here’s to our new album upcoming and we will return in 2016!! See you soon. Tony ‘The Demolition Man’ On behalf of also of my brothers Mantas & Abaddon”

During the entire trek, Tony was releasing their tour blog, exclusively to Metal Shock Finland, check out here.

The video footage from the entire Saint Vitus show on June 1st, has been posted on Youtube (courtesy of Frank Huang), enjoy it here:

In The Loop Magazine interviewing Tony “Demolition Man” Dolan, talking about touring, the fans, the current sound and more:

How We Roll #1 with Venom Inc. by Decibel Magazine here: http://decibelmagazine.com/blog/2016/7/11/how-we-roll-1-with-venom-inc 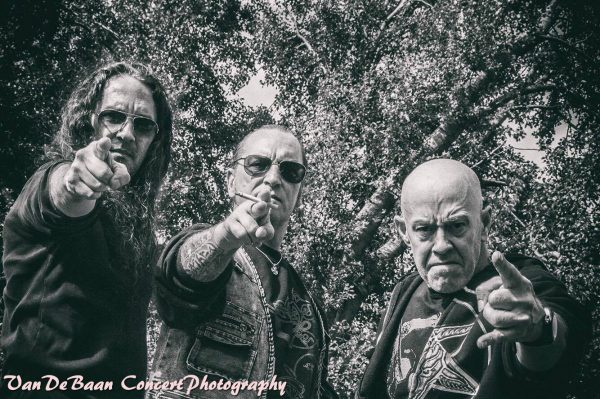