Posted by tarjavirmakari on May 21, 2021
Posted in: Int. News, News. Tagged: Trick Or Treat. Leave a comment

Power metallers TRICK OR TREAT have released a video for the song ‘Dragonborn – Skyrim’, taken from the new album ‘The Unlocked Songs’, which comes out today on Scarlet Records.

Here is a statement from the band: “The treasure chest is finally about to be opened! Be ready to travel to the notes of Dragonborn, which will take you through the snowy lands of Skyrim – our tribute to one of the most epic video games ever, which entertained us all in recent years, with those medieval atmospheres that lead to an explosion of choirs
(embellished, among others, by the powerful voice of Ralf Scheepers). ‘The Unlocked Songs’ includes original songs, unreleased covers and ancient gems recovered during the quarantine: a treasure that you can discover and listen to starting from today!”

Power metallers TRICK OR TREAT have revealed the details of the previously announced compilation album that will come out in the spring.

‘The Unlocked Songs’ – this is the title of the new work – falls in between an album of unreleased music and a collection of assorted goodies scattered over almost two decades of brilliant career.

A compelling and amusing “b-sides greatest hits”, ‘The Unlocked Songs’ includes unreleased songs, remixes, covers, rare bonus-tracks, acoustic versions and demo tracks that will just make you feel better. The album highlights include a thrilling cover of the Misfits’ classic hit ‘Scream’ and the outstanding voice of the late, great Andre Matos in ‘Prince With a 1000 Enemies’, which was originally released in 2012.

Uplifting heavy metal for these dark times: Trick Or Treat are men on a mission and, most of all, men of their word. The complete tracklist is as follows:

‘The Unlocked Songs’ features beautiful artwork by the band’s own Alessandro “Alle” Conti and will be released on May 21st, 2021 on Scarlet Records.

Posted by tarjavirmakari on June 18, 2020
Posted in: Int. News, News. Tagged: "The Legend of the XII Saints", ‘Aries: Stardust Revolution’, Trick Or Treat. Leave a comment 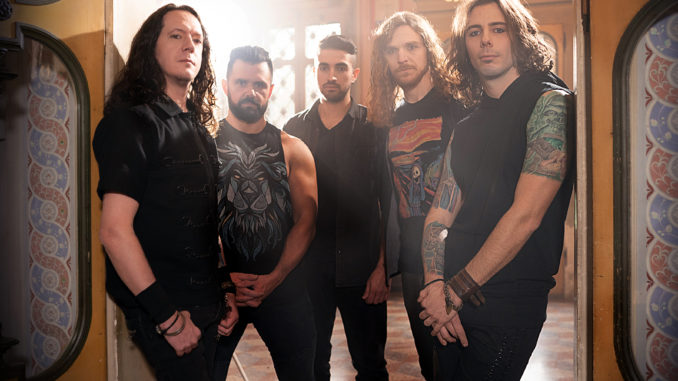 Power metallers TRICK OR TREAT have released a video for the song ‘Aries: Stardust Revolution’, taken from the new album ‘The Legend Of The XII Saints’, available on Scarlet Records.

Here is a statement from the band: “The new video for ‘Aries: Stardust Revolution’ is finally available. It was made with the support of the band’s fanbase and with the help of some of the best known cosplayers in the country, who have recreated the epic battle of the golden knights to save the goddess Athena… As for the videos of ‘Rabbits’ Hill’ and ‘Great Escape’, Domenico Guidetti directed it and did a wonderful job. For the first time we make an extensive use of special effects! Be ready to burn your cosmos with ‘Aries: Stardust Revolution’.”

TRICK OR TREAT To Release New Album On Scarlet Records 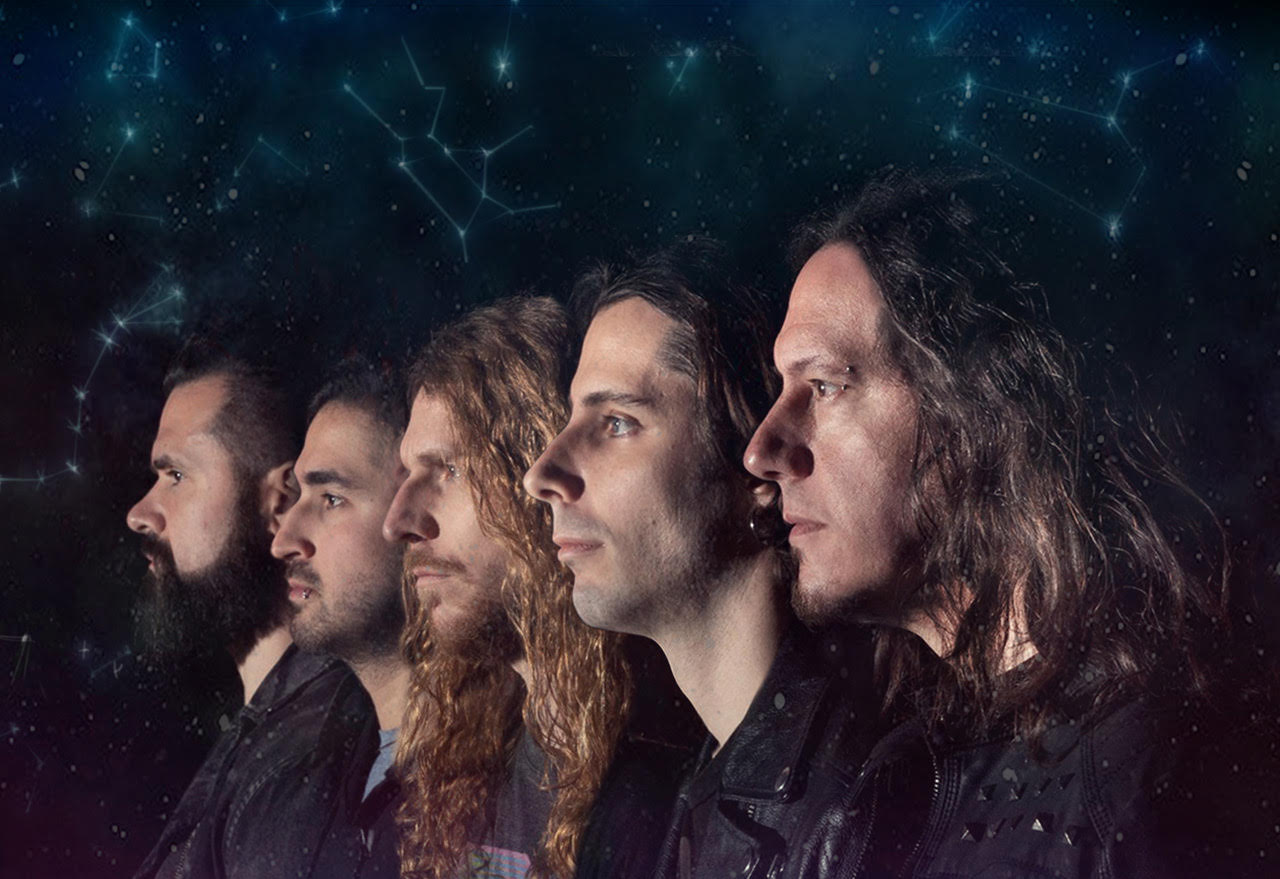 Power metallers TRICK OR TREAT have signed with Scarlet Records.

Born in 2002 as a tribute to Helloween, the band soon became one of the most solid realities in the vibrant Italian metal scene, with albums very well received by critics and fans alike (including ‘Tin Soldiers’, which includes the presence of Michael Kiske and Michele Luppi, and ‘Rabbits’ Hill Pt 1 & Pt 2, with Andre Matos, Tony Kakko and Tim Ripper Owens as special guests) and hundreds of shows played all over the world, including a European tour with Helloween and Stratovarius.

Between 2018 and 2019 Trick Or Treat finally brought to life a project that they had been conceiving for quite some time, namely the release of ‘Re-Animated’ (a cover album of animated series soundtracks) and ‘Legend Of The XII Saints’ (a concept album inspired by the saga of the Golden Knights of the Zodiac), further cementing a reputation that sees them today among the main players in European Power Metal, also thanks to singer Alle Conti joyning Luca Turilli’s Rhapsody and Swedish band Twilight Force.

But a new chapter of the band’s career is about to begin, with a new album coming soon, details of which will be announced shortly. Stay tuned.

Posted by tarjavirmakari on March 27, 2019
Posted in: Int. News, News. Tagged: "The Legend of the XII Saints", Trick Or Treat. Leave a comment

Italian power metallers TRICK OR TREAT, who feature in their ranks frontman Alessandro Conti (Lione/Conti, Twilight Force, ex-Luca Turilli’s Rhapsody), have launched a crowdfunding campaign in order to finance the production of their new album “The Legend of the XII Saints”, a concept album based on the famous manga comic and anime Saint Seiya.

Before putting the finished full-length out, TRICK OR TREAT are planning to release a new song every month, based on the corresponding zodiac sign. Each new song will tell the story one of the 12 Golden Knights featured in the comic.

The Musicraiser campaign started last week: the band have already collected €14.000 and they are hoping to reach the €15.000 goal very soon.

“We have such a great and supportive fan-base! Thanks to you we will be able to realize all our fantasies and goals as musicians. This campaign will lead to better videos, higher set quality, more studio time and maybe even some illustrious guests!

To celebrate with you, we invite you to watch our first video: “Aries: Stardust Revolution” HERE!

More information on the crowdfunding campaign and the band at:
https://www.musicraiser.com/it/projects/13977
https://www.facebook.com/trickortreatband/

Formed back in 2002 by lead guitarist Luca Cabri and initially performing as an Helloween tribute band, TRICK OR TREAT quickly got very popular and played the most renown live clubs in Italy. After a couple of intense years on the stage, they recorded the “Like Donald Duck” demo and signed a deal with Valery Records for their first full-length, named “Evil Needs Candy Too”, which came out in 2006. The debut got a terrific response and put TRICK OR TREAT back on the road for the following two years, playing over 100 gigs in Europe and U.S.A.

The band kept writing more songs and in 2009 they gave birth to their second LP, called “Tin Soldiers”, which featured Michael Kiske (Helloween, Place Vendôme) on two songs and Michele Luppi (Vision Divine, Killing Touch) on another one: as expected, the record received a brilliant feedback (#29 position in the Japanese chart) and the band played some top festivals in Italy and was selected as opening band for Helloween’s “The 7 Sinners World Tour 2010/11” together with special guests Stratovarius.

In early 2012, Luca Turilli announced singer Alessandro Conti as the new lead singer of the band Luca Turilli’s RHAPSODY and the first album “Ascending to Infinity” ended up in many charts all over the world. The same here TRICK OR TREAT came back with a new album, “Rabbits’ Hill pt.1”, a concept inspired by Richard Adams‘ novel “Wathersip Down”. The record featured Andre Matos of Angra fame on one track. In 2014 TRICK OR TREAT toured as support to Sonata Arctica during the “Pariah’s Child” European tour.

Frontiers Music Srl is is pleased to announce the release of TRICK OR TREAT’s new album “Rabbit’s Hill Pt. 2” on July 8th!

Originally formed in 2002 as a Helloween tribute band, TRICK OR TREAT soon became a popular live attraction in their home country of Italy. After recording their first demo of original material, they were signed by an independent Italian label, Valery Records. In 2006 they released their first full-length album, entitled “Evil Needs Candy Too”, to critical acclaim. The band then spent the following two years on the road playing over 100 gigs in Europe and the USA. The band released their second album, “Tin Soldiers” in 2009.

Three years later, 2012 proved to be an important year for TRICK OR TREAT, firstly because singer Alessandro Conti was chosen by Luca Turilli’s Rhapsody to be the lead singer on the album “Ascending to Infinity” and secondly, the band released their concept album “Rabbits’ Hill Pt.1,” based on Richard Adams’ novel “Watership Down”.

Four years on, the second chapter, “Rabbit’s Hill Pt. 2” is now finally finished and comes with the news of the band signing a worldwide, multi-album deal with Frontiers Music Srl. The recording sessions for the new album have been the longest the band has ever taken part in and the work with producer Simone Mularoni (DGM) captured all the intricate details of their take on power metal. For this album, the band added huge orchestrations and epic choirs mixed to their usual signature power metal sound, in order to sonically reflect all the epic adventures told through the lyrics. The musical vibes range from acoustic and melodic parts to darker, heavy metal anthems.

Once again on this new album, TRICK OR TREAT had the honor to work with great international guest musicians and friends like Tony Kakko from Sonata Arctica, Sara Squadrani from Ancient Bards and, in the role of the evil general Woundwort, Tim Ripper Owens (ex-Judas Priest, ex-Official Yngwie Malmsteen).

Frontman Alessandro Conti on the new album and working with Frontiers Music SRL: “After a long time spent on the production of the new album, we can finally confirm the official release date and the last guest singer. In addition to our friends Sara Squadrani and Tim Ripper Owens, we’re so happy and proud to have our friend Tony Kakko on “Rabbit’s Hill Pt. 2” is an incredible honor for us! These guests did an amazing job, helping us to capture the perfect atmosphere of the concept taken from Richard Adam’s novel “Watership Down.”

We are so happy about the final result of our new album and we are excited about the new partnership with Frontiers, one of the most important rock labels in the world! This is really a great moment for TRICK OR TREAT! So don’t miss the new album!!”

TRICK OR TREAT are now finally ready to unleash their sonic attack on metal maniacs around the globe! 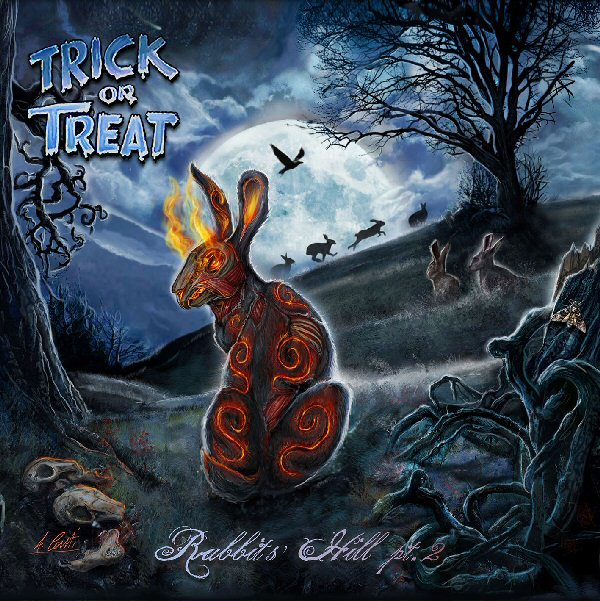