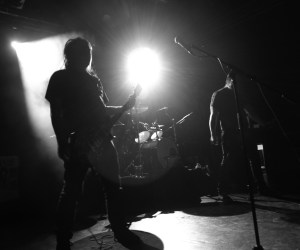 UNKIND has posted “Laumasielut” from their forthcoming album Harhakuvat online now via the band’s Facebook and MySpace pages. Harhakuvat was recorded and mixed by Kari Nieminen at Noisecamp Studios in Turku, Finland. The album is set for an August 15th international release date on CD, LP, and digitally. The CD is available for pre-order at Relapse.com along with a preview of the album’s artwork.

UNKIND has announced a European tour with DESTROYED IN SECONDS that kicks-off later this month as well as a Finnish tour with GHOST BRIGADE in September. These dates also include performances as part of the New Direction Festival (Germany), Obscene Extreme Festival (Czech Republic), and Liekeissa Festival (Finland). A listing of confirmed UNKIND tour dates can be found below with more to be announced soon.