Posted by tarjavirmakari on May 14, 2013
Posted in: Interviews, News. Tagged: Jesper Strömblad, The Resistance. 1 Comment

Jesper Strömblad is maybe best known as the founder and former guitarist/drummer/keyboardist of the Swedish melodic death metal band In Flames, which he left permanently in 2010 due to personal problems and health issues. But today he’s back with his new band THE RESISTANCE, playing straight in-your-face Swedish old-school death metal hardcore. Their debut album “Scars” came out on May 10th in Europe via earMusic. 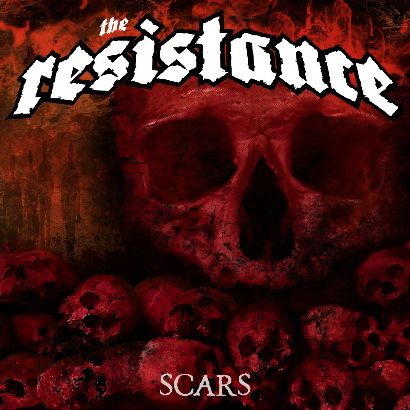 Just before the release, Metal Shock Finland‘s CEO Tarja Virmakari interviewed Jesper for Louder Than Hell. Before discussing his new band album, he was asked about the death of  SLAYER guitarist Jeff Hanneman. This was his response:

“I was really, really shock and I was sad.  Usually, I don’t react like that when people die.  He’s been quite the inspiration for me.  When I was a kid, I picked up Hell Awaits, Haunting the Chapel and all of those albums.  I always thought of Jeff as the coolest guy.  He did the best songs.  I was even an L.A. Kings fan because he always had that shirt on.  … I was waiting and waiting for him to come back to the band because they are touring with another drummer.  It’s not the same.  It’s like another band.  We lost a legend today. “

… Jesper spoke also about his influences in the songwriting process, about the studio sessions and about the feedback the album has received so far. Jesper also pointed out the importance of the support of his faithful fans, throughout the good and hard times. To the question, if he thinks that one day he could share the stage again with In Flames, he replied shortly and directly: No!

Please, find out this and much more joining the conversation below: