Posted by tarjavirmakari on September 15, 2013
Posted in: News. Tagged: "The Greatest Show On Earth", Airbag. Leave a comment

According to Patricia Thomas Management, Karisma Records have revealed more details of the upcoming album from Norwegian Prog Rockers AIRBAG.  Titled “The Greatest Show on Earth”, the six-track album comes in at just over 50 minutes and will be available as a standard jewel case CD and a limited edition vinyl replica style CD, as well as a double vinyl gatefold in both black and limited edition white version. The album will also be available digitally.  Full track listing for “The Greatest Show on Earth” which will be released on the 4th of November, as follows:

“The Greatest Show on Earth” sees AIRBAG continue to pull the listener into their world and bring out in them a range of emotions by creating cinematic pictures with their use of atmospheric sounds.  AIRBAG’s lyrics explore the growing sense of alienation and distrust that the individual feels when confronted by society and authority, whilst at the same time being manipulated and misled into believing that everyone is in control of their self-absorbed lives.  This is an exploration that is accompanied by a sonic experience that ranges from massive walls of sound, to ambient textures and soulful soundscapes. .

A follow up to 2009’s ‘Identity’ and 2011’s ‘All Rights Removed’, both also released on Karisma Records,  it  has taken 18 months of painstaking work on the part of  Bjørn Riis (guitars, keyboards, backing vocals, bass, co-producer), Asle Tostrup (vocals, keyboards, programming, producer, graphic design), Henrik Fossum (drums), Jørgen Hagen (programming, keyboards) and Anders Hovdan (bass), together with engineer and co-producer Vegard Sleipnes, to perfect the sound on the band’s third full-length album.  There is a rougher edge to “The Greatest Show on Earth” and some heavier parts than their previous releases would suggest, but the classic AIRBAG sound is still present, and the quality and musical craftsmanship that marks the band’s work are very much in evidence, bringing this new release to a whole new level.

More information about AIRBAG can be found on the band’s website http://www.airbagsound.com

A video teaser for “The Greatest Show on Earth” can be seen on the band’s YouTube channel below:

A video of AIRBAG playing “All Rights Removed” live in Oslo when the band supported Marillion on the Scandinavian leg of their world tour last year can be seen here: 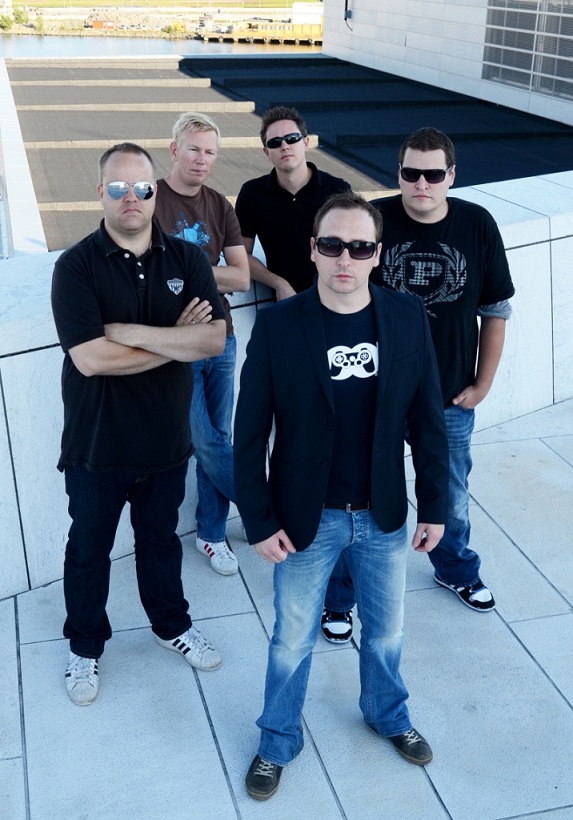