VADER In The US – Tour Blog; Kansas City

VADER is in the States and brings fresh news from the frontier of their tour over the New Continent. For the upcoming weeks we’re gonna publish their tour blog from Back to the Black US tour 2013. Stay tuned! \m/

We arrived at the club pretty late. There were 6 bands playing that night so there was no time for soundcheck. The turnout was not so good but ALL Metal Hearts went really crazy by the stage! A true massacre! The show went great and we played “God is Dead” and “Sword of the Witcher” – with Brian singing – for encore. Then there was crazy vodka afterparty by our bus (local “moonshine” was really delicious). I am from Poland (city Bialystok) so I had fun till the very end. I hope the rest had fun too… Horns up for them today 😉

It was really unlucky on Friday 13th. I was feeling bad since very morning. Whole body hurts, sore throat … it must have been cold. I hate to be sick on tour! I started to cure myself immediately with a good old DayQuil. It helped a bit and at least I was able to play the show. I was siting the whole time in the bus. Shawnee by Kansas City is not a big city. Nobody expected anything special there. There were a great turnout that night, though. Enough to make nice moshpit for the whole show. I heard Russian language too (“Kryliaaaaaaa!!!”…which means “Wings”) . Great show, good sound and wild crowd 😉 My old Friend Doug visited me this evening too. We toured together in the past , when he was yet bass player for Origin. We have same hobby as well: II WW and reenactment groups. Doug was playing a gunner in famous “Saving Prv. Ryan”. After the gig we were chatting a bit (also with Toni and Brian) in the bus. No alcohol for me this night! The other guys but went totally opposite way though ;))) We got some gallons of local moonshine. It was DONE! Yet in the morning I saw dead people laying on couches ;)) And I went straight to my warm bed. Direction St.Louis tomorrow…

Check out the entire VADER tour blog on facebook HERE.

afterparty continued by the bus 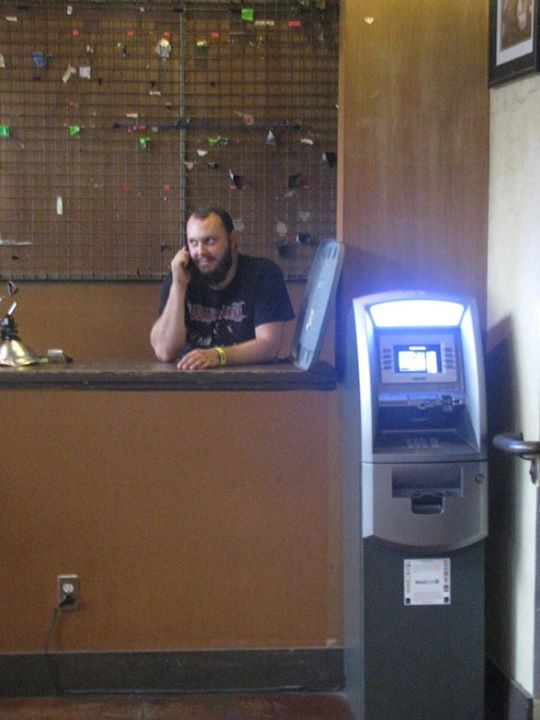 Steve – our TM and vox of Sacrificial Slaughter

Check out the remaining shows here below:

6 comments on “VADER In The US – Tour Blog; Kansas City”