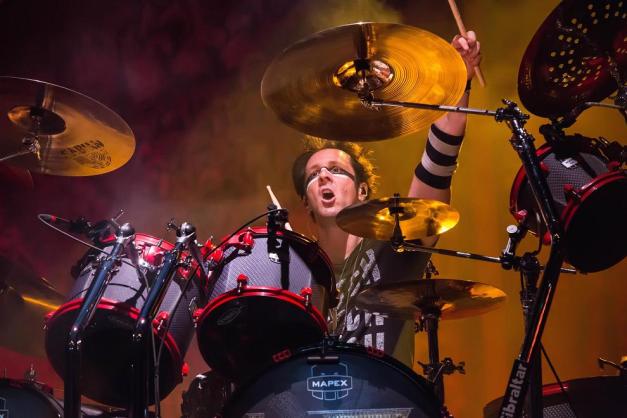 Sobel has also tracked drums for the upcoming ALICE COOPER covers record which is due out in 2014. A collection of classic tunes, it will feature a variety of yet-to-be disclosed special guests.  Cooper will resume touring next year, including a confirmed Sweden Rock Festival headline appearance on June 5, 2014.

Drum-cam footage of Sobel’s solo from the Cooper band’s August 2013 performance in Slupsk, Poland can be seen below: