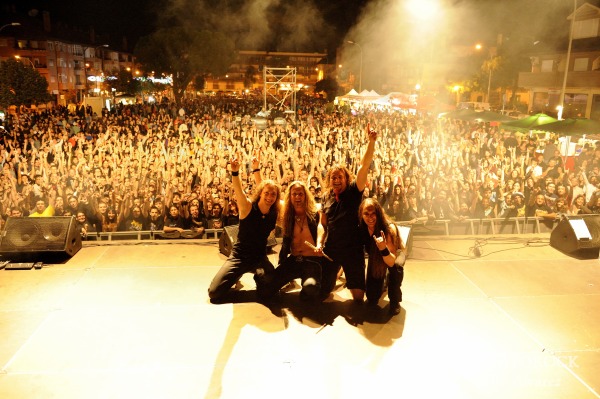 After the Best of “Ages of Light” -album, to celebrate their 15th anniversary, the King of German HappyMetal FREEDOM CALL, are back with their eighth album “Beyond” (out on February 24th via SPV/ Steamhammer).

Tarja Virmakari had a nice long chat with the leader of the band, Chris Bay (for Truemetal.it), just a couple of days before FREEDOM CALL were heading to “70000 tons of Metal” Cruise 2014. Chris and Tarja talked widely about the new album, its writing process and the song themes, of which Chris gave a lot of interesting details. Besides this, Tarja asked Chris, what could be the situation that makes him angry? To find out these answers and many more, please join the conversation.

To read the interview in italian on Truemetal.it, go HERE.