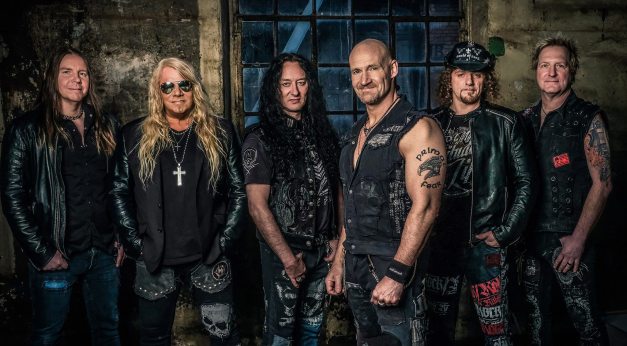 “The End Is Near” – German metal commandos PRIMAL FEAR are currently putting the finishing touches to their 13th album, which will be released via Nuclear Blast later this year. Today, the group is pleased to announce their »Metal Commando Over Europe Tour« during which they’ll be presenting some new tracks to their fanbase all over the continent, beginning with a home gig at LKA Longhorn in Stuttgart on Saturday, September 12, before the journey will come to an end at Nová Chmelnice in Prague on Saturday, October 10. Special guests on this run will be German happy metallers FREEDOM CALL, more guests will be added to the billing soon. All dates can be found below!

Order various PRIMAL FEAR vinyls via the links below!

FREEDOM CALL mastermind CHRIS BAY is releasing his fourth single and video “Silent Cry”. The song is featuring singer Sonja Höllering and is taken from his first solo album “Chasing The Sun”.

Chris Bay regarding the video and the song: “Dear friends, a very special work is done. Here I would like to introduce the brand new video clip “Silent Cry” from my solo album “Chasing the Sun”. In this song, melancholy and emotion dominate the musical and textual soul. Maybe that’s why the song “Silent Cry” is especially close to my heart. Torn out of a seemingly perfect world of security and everyday habits, you sometimes feel the deep emotional longing for something powerful, which cannot be expressed in words … the “Silent Cry”. With strong-voiced support from the charming singer Sonja Höllering, the video clip was filmed in front of a lavish backdrop and with many lovingly arranged details. As a producer, nobody less than her husband Franz Höllering stood behind the camera and brought my personal vision of this song to the screen aptly and empathetically. Maybe some of you will recognize yourself in this kind of illusion.”

The solo album “Chasing The Sun” was released in February 2018 as CD, download and stream: https://ChrisBay.lnk.to/ChasingTheSun 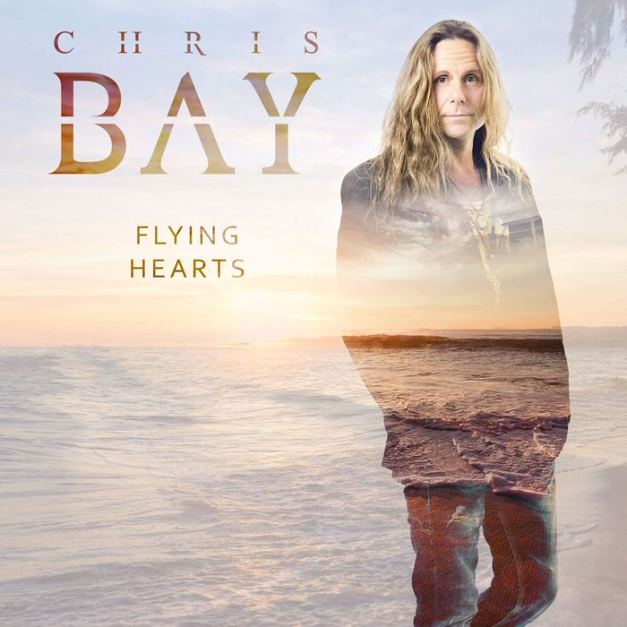 FREEDOM CALL mastermind CHRIS BAY has released his third single and video “Flying Hearts”. The song is taken from his first solo album “Chasing The Sun”.

Chris Bay regarding the video and the song: “Here it is, the brand new video clip “Flying Hearts” from my solo album “Chasing the Sun” . This great clip was filmed during our Southeast Asian tour with Freedom Call in Thailand, so the album title “Chasing the Sun” is literally a program. For me, this video is very special, as I have been very touched by the flair, the beautiful landscape and the cordiality of this country. I wish you a lot of fun with this clip. Certainly it will cause some of you wanderlust….in any case, that’s how I feel.”

The solo album “Chasing The Sun” was released in February 2018 as CD, download and stream: https://ChrisBay.lnk.to/ChasingTheSun

FREEDOM CALL mastermind CHRIS BAY has released his second single and video “Hollywood Dancer”. The song is taken from his first solo album “Chasing The Sun”.

Chris Bay regarding the song: “The title “Hollywood Dancer” is about a topic that has probably met almost every one of us in a dream … Let’s face it, who of us has never imagined being a big star, a celebrity … a “Hollywood Dancer”. However, this status not only includes pleasant sides of life, but separates these privileged ones from the working life … from reality. Not participating in everyday life can end in isolation and loneliness”

The solo album “Chasing The Sun” will be released on February 23rd 2018 as CD via SPV, download and stream: https://ChrisBay.lnk.to/ChasingTheSun

FREEDOM CALL mastermind CHRIS BAY has released his first single and video “Radio Starlight”: https://chrisbay.lnk.to/RadioStarlight. The song is taken from his first solo album “Chasing The Sun”. The first single release ‘Radio Starlight’ with its obvious airplay potential triggers with tantalizing images wanderlust and will definitely makes you hungry for more.

The solo album “Chasing The Sun” will be released on February 23rd 2018 as CD, download and stream: https://ChrisBay.lnk.to/ChasingTheSun

It’s a well-known predicament that the FREEDOM CALL founder and frontman CHRIS BAY shares with many other composers: occasionally, his wealth of inspiration goes beyond the stylistic and thematic scope of his own band. “I permanently write songs and am constantly working on ideas in the studio,” he explains. “That’s why I’ve collected a whole lot of tracks over the years that on the one hand don’t really suit Freedom Call and on the other are just too good to gather dust in my archive.”

The solution to his “luxury” problem: 23 February 2018 will see the release of Chris Bay’s first solo album “Chasing The Sun” on Steamhammer/SPV, committing himself in his very own, unmistakable way to the music that has inspired him since the very early days of his career. And although the songs on the album were created over a long period of time, Bay produced the whole material in spring 2017 at his own studio.

Which must be one of the reasons why “Chasing The Sun” – despite the diversity of the individual tracks – sounds all of a piece. Alongside a number of rock songs in characteristic Chris Bay style, he has skilfully blended in modern sound elements on the opening track ´Flying Hearts`, added Wurlitzer piano touches, which bring to mind the currently trendy 1970s, on ´Hollywood Dancer` and risked a song with a slow shuffle groove, a consciously dark atmosphere and an avant-garde flair in ´Where Waters Flow In Heaven`.

In stark contrast to this is the first single release ‘Radio Starlight’ with its obvious airplay potential, which will be released digitally on December 1st 2017 and to which there will be also a video clip, which triggers with tantalizing images wanderlust and will definitely makes you hungry for more.

This title once again underscores the boundless ease with which Chris Bay moves in his world of music. As the album title “Chasing the Sun” already suggests, Chris Bay casually processed the desires and wishes that probably each of us holds in this dark season.. sun, freedom, warmth and harmony … a “summer hit” in winter, a matter of interpretation.