Posted by tarjavirmakari on August 27, 2014
Posted in: News. Tagged: Krakow. Leave a comment

Norway’s heavy alternative Rockers KRAKOW have been hard at work in Bergen’s Duper Studio on what will be the band’s third full-length album, and have issued the following update on the progress, as well as dropping just a little hint of what fans can expect from the new release, which will appear once again on Dark Essence Records:

“Ok, so it’s time for a new Krakow album, the third installment in our series of creative ways to hammer music out of the mountains themselves. Like all our previous recordings, this has been a journey, never easy, but always thrilling.

The process of writing this album started just after we released “diin”. Many other events happened in that period too, like finding our drummer, having a meltdown after a Christmas binge party in a Parisian parking garage, almost getting into fist fights during a malt whiskey extravaganza on Stord Island, having our instruments stolen and then brought back to us during the next night’s show, and writing a lot of new riffs and songs, some of which have already disappeared into the great unknown. Which might be a good thing in some cases, though a few gems might have been lost along the way.

Anyway, towards the end of last year we recorded 10 demos which we brought with us to the amazing Duper Studio with Iver Sandøy, once again positioned behind the desk. The approach this time was in some ways different than during the diin sessions. We still record everything live as a band, but we wanted a bit more definition, less distortion, cleaner drums, more focus on the songs and melodies that lived within the compositions. The music is still dark, melodic and mysterious, but this time with a different angle.

During the sessions we almost killed Kjartan’s Mesa Mark III with a steel reverb and Space Echo, used the smallest acoustic guitar on this side of Equator, and recorded accordion, broken chair, surf guitar, cassette player guitar, singing though a piano and open windows during a storm, just to name a few. The whole recording session ended with a lot of red wine and 18 minutes of pure dark drone. 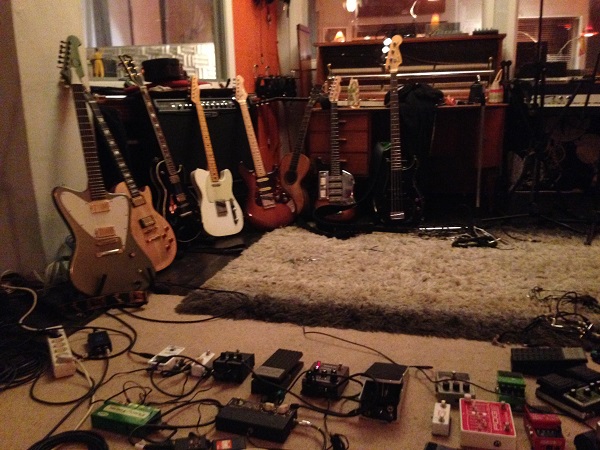 We still don’t know which songs that are going end up on the album, but the mixing is almost done and we are starting to get very excited. Stay tuned for album details, cover art and tour dates!

Formed in the fall of 2005, KRAKOW is a band that is difficult to pin to any particular genre, fitting equally well into the Metal / Experimental / Ambient categories, and with a lineup that consists of very skilled and experienced musicians.  Today’s lineup consists of  Kjartan Grønhaug (HAVARIKOMMISJONEN) on guitars, René Misje on guitars and vocals, frontman and bassist Frode Kilvik (AETERNUS, VITHR) and drummer Ask Ty Ulvhedin Arctander (KAMPFAR).

KRAKOW will perform a set at the Garage, Bergen, on Friday 29th August during the Beyond the Gates Festival.

Photos of the studio sessions can be seen on the band’s Facebook page at https://www.facebook.com/krakowband

More information about KRAKOW can be found on the band’s website at http://www.krakowofficial.com/ 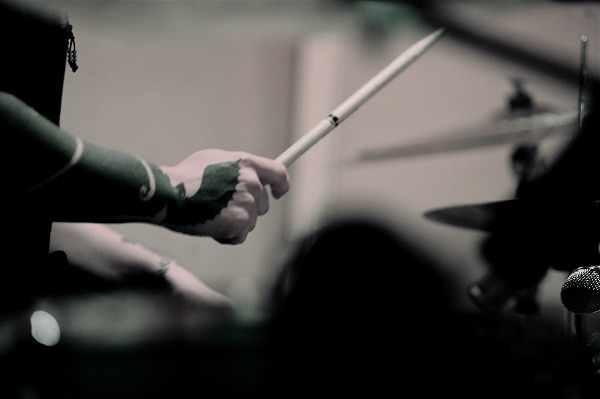 Six tracks from KRAKOW can be heard on the band’s SoundCloud page below:

Fan-filmed footage of KRAKOW performing the track  “Termination of Origin” from the “Diin” album can be seen on the band’s YouTube channel below: