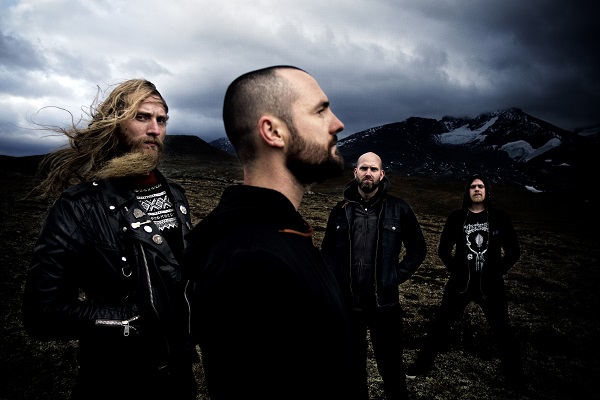 When Experimental Post Metallers KRAKOW walked into the Solslottet and Duper Studio with producer Iver Sandøy to record what would become “amaran”,  their 3rd full-length album, they had a total of ten tracks in mind – seven of which made it onto the finished album.  The remaining three tracks proved to be perfect examples of the more aggressive and direct side of the band,  but did not really fit in with the overall atmosphere of  the album,  so they were put to one side, ready to be used when the time was right, whilst everyone sat back and watched the plaudits come rolling in when  “amaran” hit the streets in February of 2015 on Dark Essence Records.

And the time is now right to let the fans hear those three, never-before heard, tracks .  Dark Essence will release them, together with the track “genesis” from “amaran”   on the 7th August as a 7″ EP, which will be strictly limited to 300 copies, as well as in digital format.  The EP, which is titled “genesis” will hit the streets just in time for the band’s appearance at Oslo’s Øya Festival on Saturday 15 August, and is now available to pre-order from  http://karismarecords.bigcartel.com/artist/krakow

Artwork for the “Genesis”  is by Thomas Hooper.  Track listing as follows:

“blood is god” from “genesis” can be heard here: