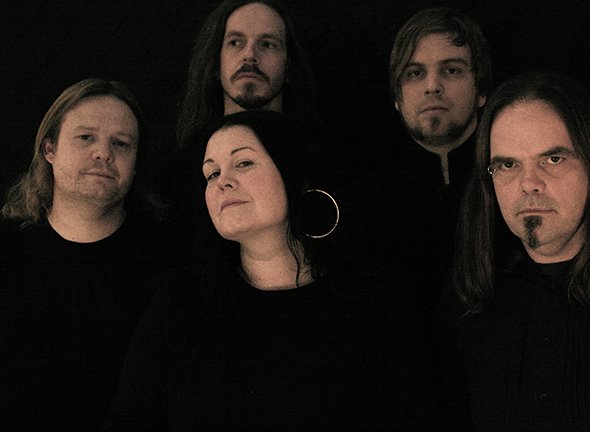 Dark Essence Records have today announced that they have added Norwegian Alternative Metallers MADDER MORTEM to their roster.  The label is set to release the band’s sixth full length album, titled “Red In Tooth And Claw”, later this year, on a date as yet to be announced.  As a taste of what fans can expect, MADDER MORTEM have put together a teaser of some of the songs from “Red In Tooth And Claw”, which can be heard at this location.

Formed in 1993, originally under the name of Mystery Tribe, MADDER MORTEM‘s music, with its hauntingly beautiful vocals by Agnete M. Kirkevaag,  is atmospheric and melodic, with a very definite progressive leaning, but at the same time the band can show an underlying aggression that gives their sound a harder, more driven edge than one might expect.  Aside from Agnete, MADDER MORTEM‘s five-member lineup includes BP. M. Kirkevaag on guitar & vocals, Richard Wikstrand on guitars, Tormod L. Moseng on bass and Mads Solås on drums.

More information about MADDER MORTEM can be found on the band’s website at http://www.maddermortem.com/ or on Facebook at https://www.facebook.com/Madder-Mortem-10035071567

The video for the track “Armour” from MADDER MORTEM’S  fifth full-length album “Eight Ways” can be seen here: