Posted by tarjavirmakari on July 7, 2016
Posted in: Int. News. Tagged: "The Empire", Vader. Leave a comment

At the end of April the Polish Death Metal Icons VADER entered the Hertz Studio to record their new album “The Empire”, set to be released by Nuclear Blast on September 23rd 2016 in Europe. Peter unveiles that “all the guitars for “The Empire” are almost done!”

“I am so excited with the whole work! New VADER sounds so much more aggressive and intense. I just can’t wait to show the album for our Fans and play them on stage live! It is really hard to compare the new records to any particular VADER album created in the past. There are definitely some “classic” elements in the songs but as a whole “The Empire” sounds more variously, tho’ still very, very brutal.  The new VADER deals a lot about war and violence so are the titles: “Tempest”, “Iron Reign”, “Angels of Steel” or “Genosidius”.”

Prior to the full-length album release, VADER will unleash a mini-album “Iron Times” consisting 4 songs. The 10″ single is entitled “Iron Times” and includes the following songs:

The cover artwork of »Iron Times« was created by artist Joe Petagno, he also made the artwork of VADER‘s latest EP “Go To Hell”. 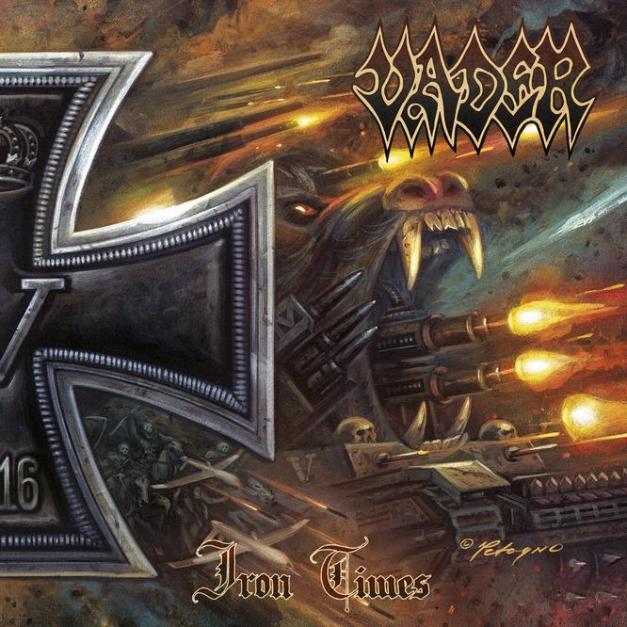