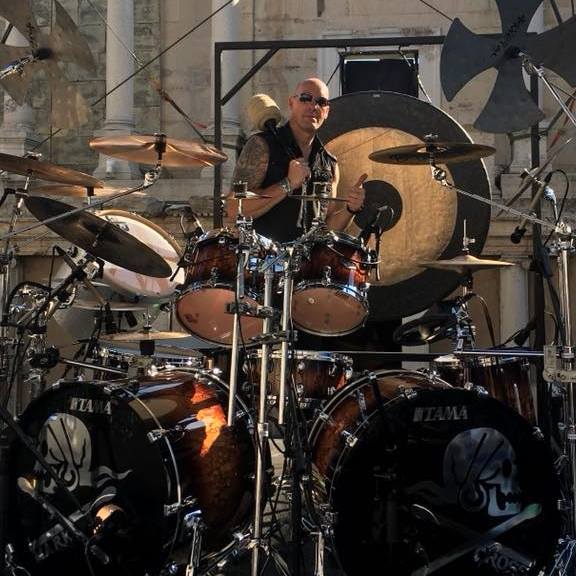 Best known for working with the rock bands FIREWIND, TAINTED NATION and HELLOWEEN, and filling in for SCORPIONS at the Grand Prix in Bahrain on 5th April 2014, MARK CROSS, groovy and hard-hitting veteran drummer launches a new adventure.

The line-up is selected from the league of past band mates, a powerful team of world class players to represent Mark’s work; a ‘best of works’ from his collaborations with bands and artists on stage and in the studio, past to present, with a perfect setlist for a spectacular show.

Mark says: “This whole thing is brand new and has already gained great feedback. In brief, after a long pause it is time to get back on stage and play for ya! Playing music live nowadays means much, much more than burning thousands of pounds for recording and throwing a new production on the market that never really reaches the masses.”

He continues: “This show is not only about drumming, of course it plays a major role, but is mainly focused on the music, good playing and performance. Every involved musician?s talent will make this a great sounding and unforgettable experience. It is great to work with top musicians, who have also been involved with all these bands and projects. A very versatile set indeed with many surprises. Soon I will let you all know the line-up and name of the band! Horns and thumbs up boys and girls … “