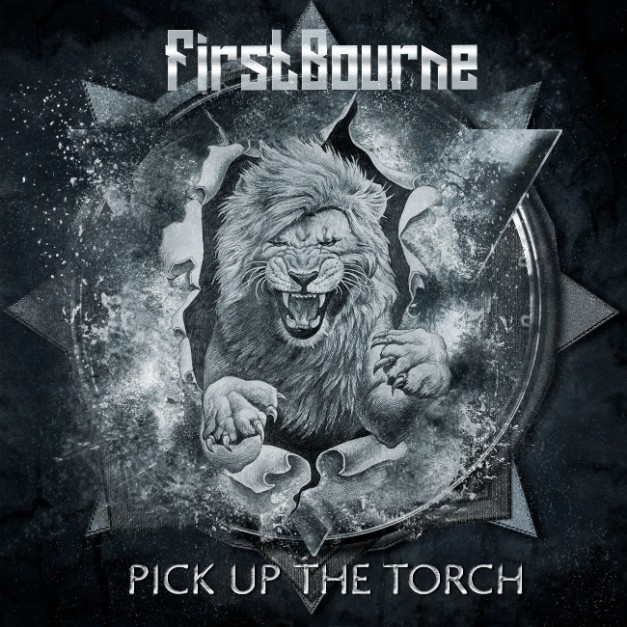 Boston-based melodic shred wizards FIRSTBOURNE are finally catching their breath, presenting their highly anticipated new album Pick Up The Torch, released last Frinday, October 25th. And what could be more fitting as a means of celebration, a birth cry and a metaphor for the cycle of inspiration, hard work, tension and, ultimately, relief than sharing a type of song that every performing musician has been stunningly awed by of at some point in their career? So here it is, carried by the ever so  present respect for our god of shred: Yngwie Malmsteen’s iconic Rising Force, interpreted with all the guts and wit this quartet could possibly muster.

For down-to-earth, honest performers FirstBourne, showing not only their own contribution on stage, but more so the reaction of their audience (a rightfully tough one at that) is a question of honour:

The band, bursting with energy and joy in the wake of today’s release, says hi and wants to let you know all there is to why presenting the album with a cover song:
“Everyone has a song or two that really makes them go WOW, what was that, usually followed by the burning desire to learn it!!  Rising Force by Yngwie Malmsteen was such a song for all the members of FirstBourne. From the intro to the ending, this song kicks, so full of energy, meaning, and musicianship (especially Mike on guitar!). It also brings out a lot of the best in the band. We love playing it and the fans love it when we play it live. We recorded some live footage of us playing Rising Force when we were on the road with Stryper, and this video provides some of the highlights.”

It’s exciting how, with each new audience reached, a song like Rising Force, which is an icon to many and a treasure to almost all of us, injects an invisible border of tension between the artist and their crowd at first. Fans standing still as one, holding breath in anticipation of the inevitable calamity to come until it doesn’t, until skills prove our very nature wrong, and until said border slowly but steadily melts away while a sea of eyes is drowning the hands at work, ears opened wide, forming the epitome of perception. It’s no sooner than with the final note, that all this tension breaks and floats away on a wave of relief and the warm tingle of happiness. Happy Release Day, everyone!

Pick Up The Torch can NOW be ordered here:https://orcd.co/ewmnjmo