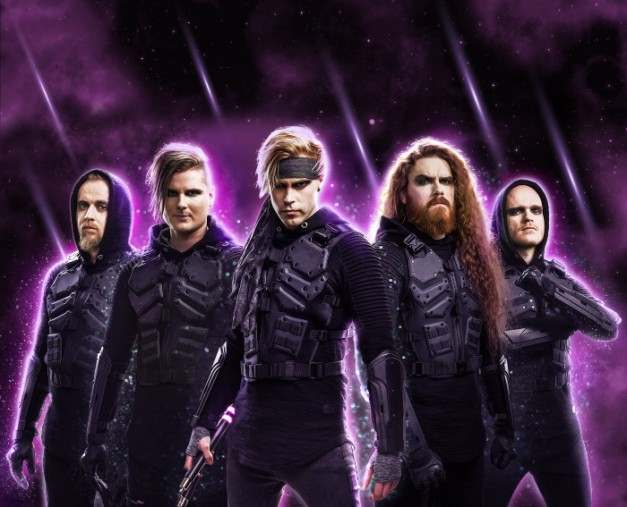 Join the intergalactic Power Metal Clan in Space! VICTORIUS have released their first single and heroic official music video cut from their new album, Space Ninjas from Hell! Take a blustery ride through the intergalactic universe led by the mysterious “Super Sonic Samurai” from the dark side of the sun.

VICTORIUS have created a monumental sci-fi hymn – praising the Japanese warrior who was created to kill the enemy with his cosmic superpowers. The epic genesis of catchy futuristic tunes, traditional nippon parts and powerful metal elements take you straight to another dimension.

“A storm is roaring through the night”
Super Sonic Samurai!

VICTORIUS on “Super Sonic Samurai”:
Sharpen your laser katana and enter a new dimension of cheesy Power Metal! We proudly present the first single of our upcoming album, SPACE NINJAS FROM HELL! “Super Sonic Samurai” tells the epic story of the raging battle between the ultimate cyborg samurai and evil ninjas from outer space! The team of Witzki Visions brought to life what we thought would only exist in our crazy minds, but we created a (CGI) world without boundaries or limits! If you like blockbuster movies you gonna love our new video!!! The war has begun, so join the ninja clan and preorder our new album, mighty shinobi!

Watch the video for “Super Sonic Samurai” below.

VICTORIUS will release their new album, Space Ninjas From Hell, on January 17th 2020. The new offering is packed with vigorous Power Metal tunes and bold anthems about the most intergalactic space adventure. VICTORIUS take you to a world of Japanese myths, tales and frightening space ninjas.

VICTORIUS on the new album:
“Finally, a new chapter begins! January 17th 2020!!! Napalm Records!!! Mark the date, sharpen your laser katana and brace yourselves for the great cosmic NINJAWAR!” 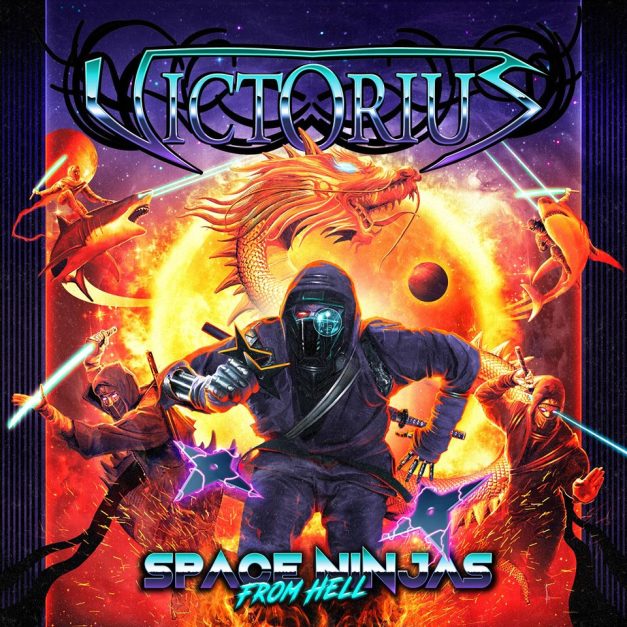 VICTORIUS will be touring with Majesty and Warkings in the UK, Austria and Germany, starting in the end of October.

The Space Ninjas attack: One evil ninja clan joined forces with the dragon god to enslave the world but were stopped by a wizard in the very last second.
Mankind lived on for many centuries in peace, not knowing the ninjas survived in space! For many ages, they hid in their secret headquarters on the dark side of the sun – the Cosmic Space Commando Base – regaining their power! Fueled by hatred, stronger and more evil than ever before, with improved weapons and ninja-skills, they joined forces with the dragon god again!