Posted by tarjavirmakari on July 20, 2020
Posted in: Int. News, News. Tagged: 'All Out Of Tears', Ordinary Madness, Walter Trout. Leave a comment 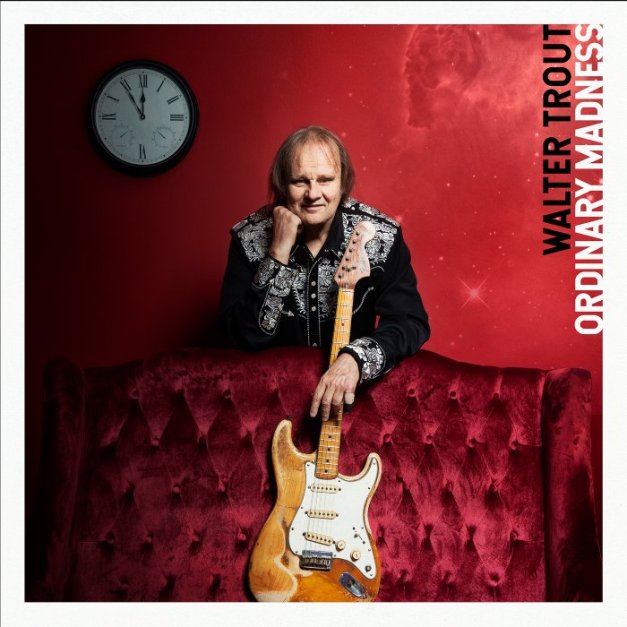 Watch the new lyric video for ‘All Out Of Tears’ here:

“In January, I was walking around at the International Blues Challenge in Memphis and ran into my friend (blues singer), Teeny Tucker. I asked her how she’s doing and she told me of recently losing her son, Boston. She said ‘my heart is crying but my eyes are dry. I guess I’ve just run out of tears to cry.’ I felt so bad for her and asked her if she’d like to write a song  with me to honor her son’s memory using those words – and my wife and I worked with her to turn it into a song about the loss and grief one feels when losing a loved one.”

For Walter Trout, there is no ‘us’ and ‘them’. Across his five-decade career, the great US bluesman’s music has always been a lifeline and call-to-arms, reminding listeners they are not alone. Now, as the world seeks solace from a tragedy that has touched us all, he comes armed with a boundary-exploring new studio album and eleven searingly honest songs that bring his fans even closer. “There’s a lot of extraordinary madness going on right now,” considers Trout, of the COVID-19 crisis. “This album started because I was dealing with the flaws and weakness inside me. But it ended up being about everyone.”

Ordinary Madness was completed mere days before the US shutdown, its cathartic songcraft and themes of shared troubles couldn’t chime better with a period in which our souls and spirits are under fire from tumultuous global events.

‘Ordinary Madness’ Tracklist:
Ordinary Madness
Wanna Dance
My Foolish Pride
Heartland
All Out Of Tears
Final Curtain Call
Heaven In Your Eyes
The Sun Is Going Down
Make It Right
Up Above My Sky
OK Boomer

Ordinary Madness will be released on August 28th, via Provogue Records. Pre-order the album here: http://smarturl.it/walter-trout