Blackdiamond’s Metal Mayhem is presenting a special show to mark this milestone for the radio station – and will be on air Tuesday 26th May from 6PM GMT for two hours on http://www.totalrock.com!

Listeners on mobile devices can choose to listen via the TotalRock player, or the TuneIn Radio app can be downloaded. The show is also repeated from 9AM every Friday and 2AM Sunday mornings.

The show will mainly be focusing on music from the last 20 years – with a special selection by fans, guests and host Blackdiamond. Joining the show to share all their latest news will be three artists from three different metal genres; Philip Shouse from ACCEPT and ACE FREHLEY, Giovani Venttura from DEPRESSED and Nige Rockett from ONSLAUGHT! 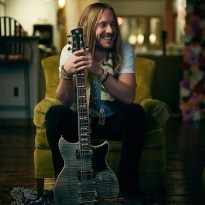 Nige Rockett
TotalRock History:
TotalRock‘s beginnings go way back to 1978 with The Friday Rock Show at BBC Radio 1, hosted by Tommy Vance and produced by Tony Wilson. The effect this had on the rock and metal scene in the UK was substantial not only for fans to hear this music but also for the bands reaching out.
Many a conversation was had in the BBC hallways amongst like minded colleagues such as Andy King, and led to the formation of the UKs first full time rock and metal specific radio station in 1997, ‘Rock Radio Network’, in the front lounge at Skulls house, “The Skullery”, along with the walking encyclopedia of metal, journalist Malcolm Dome, and long time contributor, Maria Hererros.
In 2000 ‘TotalRock’ was born after receiving investment and launched on Sky Digital. First based at The Kings Head in Fulham and later Denmark Place in Soho next to The Astoria, with legendary DJs such as Krusher, Diamond Dave, Mighty Matt Mason and the Twisted Sisters and too many more to mention here. Artists and journos alike have flocked to our airwaves (including Jerry Ewing, Katie.P, Dougie White, Alex Milas, Bill Steer, Louise Brown, Robin Guy, Chris Dale, Sophie K, Kylie Ollson, Julia Hardy, Ginger Wildheart, Matt Goom, Anna Phoebe and Dom Lawson) helping to wave the flag of the true voice of rock and metal. A brief stint as Bloodstock Radio was enjoyed in 2013 based in Shoreditch and then another move to Euston back as TotalRock.
TotalRock now operates without a London studio, allowing presenters to contribute their shows from absolutely anywhere.