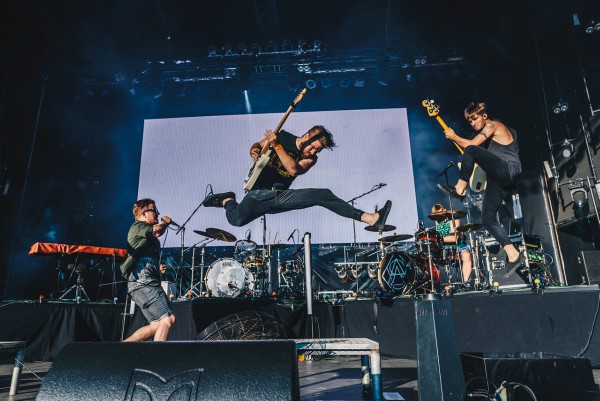 Last Saturday Hungarian modern metal band AWS performed their anthem “Viszlát nyár” (watch the video below) at the 63rd Eurovision Song Contest, in Lisbon (Portugal), as only metal entry of this year’s edition.

“Our victory in the Hungarian preselection show A Dal showed that the metal scene can achieve great things when it comes together. We are grateful for all the support we got from the scene ever since we first appeared on the show” – says guitarist Bence Brucker. And support from the scene just kept on coming. A few days before the first semi-final of the contest, the organizers of Wacken Open Air festival contacted AWS and helped to get the band’s message to their massive audience. But the real surprise came only at the press conference after the semi-final performance, where the band was told that they are invited to perform at this year’s Wacken Open Air.

“This opportunity is a dream come true for us. We always fantasized about W:O:A, but never thought that we actually get the chance to play there as a band with lyrics mainly in Hungarian. But it is happening now, and we are super excited, it is a huge thing for the band, but also for each one of us as metalheads” – said singer Örs Siklósi.

So, even if AWS reached only the 21st position, the band already won with taking part in the Eurovision Song Contest. Congrats!

AWS stated, after the contest:

“We are very grateful for all the support, all the votes and for standing by and helping us.
We achieved much more than we expected, we got much more positive energy than we could have thought! Good news is: we have no time to stop! The upcoming shows, the new album and other surprises are on their way! And now we can finally get back to where we really belong: to smoky bars – back to you, where we feel good. THANK YOU VERY MUCH FOR EVERYTHING!“ 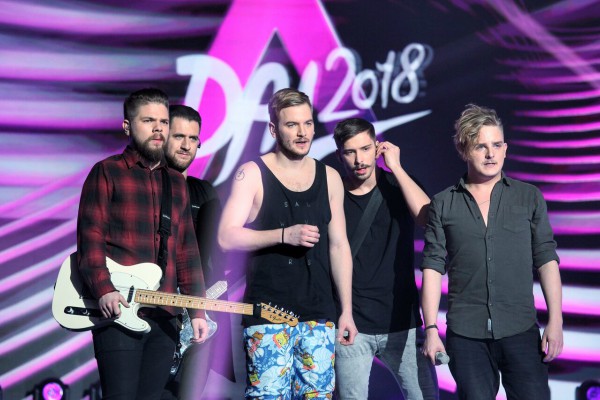 For the first time Hungary has chosen a metal song to be the winners of “A Dal” (The Song), Hungary’s national selection television show for the Eurovision Song Contest. The post-hardcore / modern metal band, AWS are going to represent their country with their emotional song “Viszlát nyár” (Eng.: Goodbye, Summer) performed in their native language in Lisbon this May.

The band was founded in 2006 by Bence Brucker, Dániel Kökényes, Örs Siklósi, and Áron Veress in high school, who were later joined by current bass guitarist Soma Schiszler. Combining different elements of nu-metal, metalcore, post-hardcore and psychedelic rock, the band managed to produce 3 full-length albums, 3 singles and 7 video clips in the 12 years of their carreer. Following a decade of successful club shows and even major festival appearances from all over Hungary to Austria, Slovenia, Romania and the United Kingdom, the band was announced as one of the participants of A Dal in 2017.

Winning live performance of “Viszlát nyár” in A Dal:

The well deserved victory came as a big surprise, although the band united the Hungarian metal scene like no band before. Musicians from all over the country encouraged their fans to cast their votes for AWS from popular rock musicians of bands like Tankcsapda, and Road, to members of death metal band Kill With Hate. Also, fellow competitor metal band Leander Kills asked their fans too to support AWS with their votes.

A well-known name among lovers of heavy music in the underground metal scene, AWS was chosen from 8 entries who made it through to the final rounds of the show. These acts were judged by a four-member jury consisting of well-known figures of the Hungarian music and art scene. Unexpectedly, AWS sneaked into the super-final round in the company of 3 pop music acts to steal the show: in this final stage, people from all over the world were able to vote their favourite ones. This is what ultimately earned the band their triumph: AWS knocked pop music out of their way to claim the first place with the help of metal fans.

The dynamic winning song, featuring both clean and screamed vocals, was inspired by a family tragedy. Frontman Örs Siklósi comments:

“‘Viszlát nyár’ was put together in a summer camp in the company of a few bottles of wine.The lyrics are originally about my father, who passed away recently. We tried to make the video a little bit different. We didn’t want it to be only about my story, so other band members can relate to it as well. We’ve emptied all our family video archives to demonstrate the passing of time and to stress how important it is to look after our beloved ones, because nobody’s got too much time here to mess around.”

The band also stated that they plan to perform the song unchanged with additional visual elements and the same intensity as they do in front of their fans.

The world hasn’t seen a metal band winning the Eurovision Song Contest since Finland’s Lordi shocked the audience with their horror metal in 2006. 12 years passed, and now the chance to make the winds of change blow is here again. But if metalheads of the continent can unite once again to line up behind this band in 2018, if together we can make this competition not to be merely about pop music, that remains to be seen.