Japanese metal sensation BABYMETAL will release their new Best Of album “10 BABYMETAL YEARS”, on April 23rd, 2021 via earMUSIC, to celebrate their 10th year of existence and announces the launch of exclusive merch bundles via their own UK webstore.

“10 BABYMETAL YEARS” is the first ultimate collection of highlights taken from BABYMETAL’s three studio albums BABYMETAL (2014), METAL RESISTANCE (2016) and METAL GALAXY (2019) and it gives an excellent overview on one decade of Metal.

As part of the release, BABYMETAL have also launched a variety of new exclusive merch bundles on their official UK webstore: https://babymetalstoreuk.com

The following bundles are now available for pre-order:

In the first 10 years the band has achieved an outstanding amount of success around the world with hundreds of millions of audio streams, and almost a billion YouTube views. They played to 110,000 people over the course of two nights at the massive TOKYO DOME, supported Red Hot Chili Peppers on their UK/US arena tour along with additional support slots with Metallica in South Korea and Guns N’ Roses in Japan, followed by 4 total days in Japan in 2019 with BRING ME THE HORIZON as BABYMETAL’s guest act.

In February 2020, BABYMETAL embarked on their full European headline run consisting of 17 dates in 11 countries.

Formed in Japan in 2010, the band began, supported by the so-called Kami-Band, their mission to unify the world through Heavy Metal by creating a fusion of heavy metal and the Japanese pop genre. Their music contains a stunning mix of electronic pop, a pinch of alternative and industrial rock and is levelled up by fast driven heavy metal. Their live shows are ground-breaking and epic visual as well as sound performances.

BABYMETAL continued to travel the path of Metal with the international release of their three albums, telling the story of the mighty FOX GOD and his brave metal warriors.

In October 2019 they began a new chapter with SU-METAL and MOAMETAL at the front, jumping straight to #13 in the US Billboard charts.

“10 BABYMETAL YEARS” does not only offer an excellent summary of this one-of-a-kind career, but it also presents supreme international guest-artists. The song “PA PA YA!!” has been refined by the Thai rapper F.HERO, while “Distortion” features a guest performance by vocalist Alissa White-Gluz from Arch Enemy. Further to that Dragonforce, one of the bands that are considered to be a big influence on the Japanese metal phenomenon, took the chance to collaborate with BABYMETAL with guitarist Herman Li enhancing the track “Road Of Resistance” with his guitar skills.

“10 BABYMETAL YEARS” will be available as CD Digipak, LP Gatefold, Ltd. Coloured LP (Crystal Clear) and Digital on April 23rd, 2021 on earMUSIC. You can pre-order the album here: https://babymetal.lnk.to/10BMYears 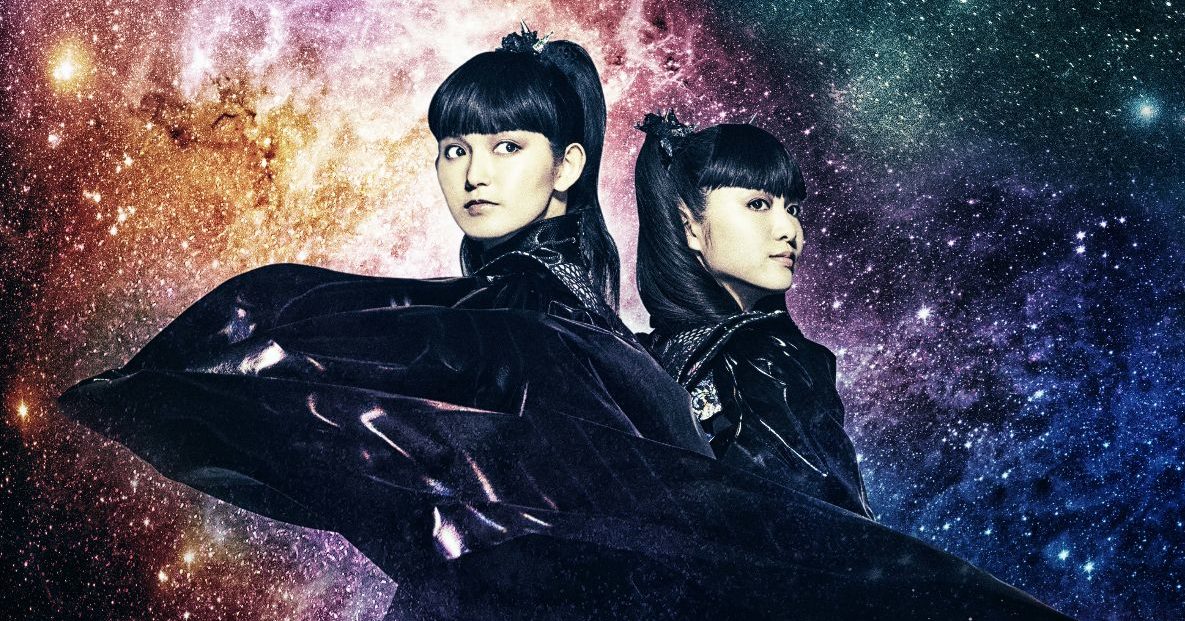 Japanese metal band BABYMETAL have released a new song and video “Shanti Shanti Shanti” from their forthcoming album METAL GALAXY out October 11th via earMUSIC. The track comes in the midst of a national US tour that stops in Denver tomorrow night with San Francisco, Seattle and more still to come (remaining dates below) culminating in their first US arena show at The Forum in Los Angles on album release day. The album aptly titled after a fictional place within the BABYMETAL universe, is about an odyssey the band must take to the METAL GALAXY, a trajectory thrust upon them by the FOX GOD. Each song brings them closer to their desired destination starting with their previously released “Elevator Girl“, “Distortion”, “PA PA YA!!” featuring Thai rapper F.HERO. and now “Shanti Shanti Shanti”. The song is available now on all streaming services.

In the 3 years since the release of their last album, 2016’s METAL RESISTANCE, the band has achieved an insurmountable amount of success around the world with hundreds of millions of audio streams, and almost a billon YouTube views.

They played to 110,000 people over the course of two nights at the massive TOKYO DOME, supported Red Hot Chili Peppers on their UK/US arena tour along with additional support slots with Metallica in South Korean and Guns N’ Roses in Japan. 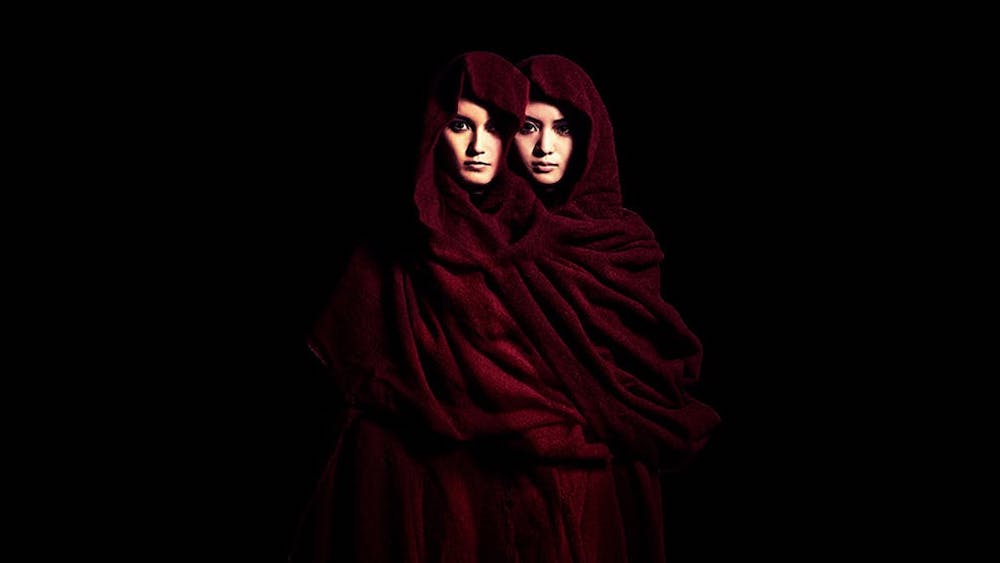 Japanese metal band BABYMETAL have released their first song of the year with “Elevator Girl” via earMUSIC. The track comes on the heels of the news that the band will be releasing a new album this year, their first since 2016’s break out METAL RESISTANCE. The single is the first piece of music since METAL RESISTANCE EPISODE VII, the episode that sparked a new era of BABYMETAL where the FOX GOD sent the band on a darker path, which manifests in the darker tone of the new material as heard on “Elevator Girl”.

Following the announce BABYMETAL’s first headline arena show in North America at The Forum in Los Angeles, the mysterious metal outfit have today announced their first full national US headline tour. Kicking off September 4th in Orlando, FL and wrapping up October 16th in Seattle, WA the 20 date tour will makes stops in DC, Boston, New York, Los Angeles and more (full dates below). Pre-sale begins Monday, May 13th at 10am local time and general on-sale begins Friday, May 17th at 10:00am local time. Tickets and VIP packages and be found here: http://babymetal.com/en/tour

*No Support
**Festival
***No Avatar, Support from The HU

BABYMETAL To Release New Album In 2019 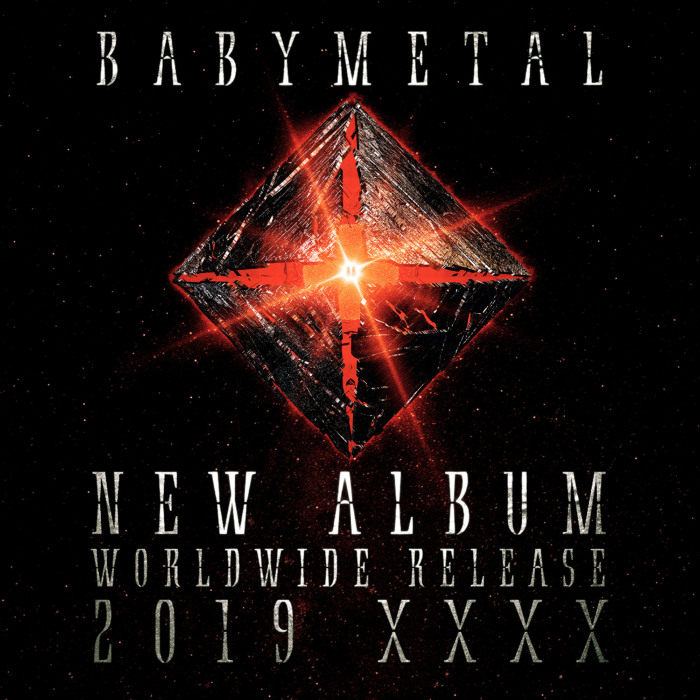 The latest album up until now has been BABYMETAL’s 2nd album METAL RESISTANCE, which was released back in April 2016. Right after the release of this 2nd album, they performed at London’s prominent venue SSE Arena, Wembley and became the first Japanese act to have ever headlined there, and breaking the all-time merchandising sales record at the venue. BABYMETAL also had successful back to back performances at the massive Tokyo Dome thereafter, playing to 110,000 people over two nights.

Details of the Japan shows will be announced at a further date.

BABYMETAL WORLD TOUR 2018 in JAPAN performances will begin at Makuhari Messe starting October 23rd and will be ending at Kobe World Memorial Hall on the 31st. And just days before the start of these performances, BABYMETAL digitally released their new song “Starlight” while also unveiling the music video on October 19th (JST). A portion of this new song “Starlight” is included in BABYMETAL’s graphic novel Apocrypha: The Legend of BABYMETAL ‘s trailer.

The start of the BABYMETAL WORLD TOUR 2018 in JAPAN performances will mark the rebirth of BABYMETAL in which SU-METAL and MOAMETAL form the core.

According to BABYMETAL’s official website, since last December in Hiroshima, YUIMETAL had been absent from performing and during this time both SU-METAL and MOAMETAL as well as the entire staff team had been preparing for her awaited return. However, YUIMETAL came to a decision that she will not be performing at October’s Japan performances and that she will no longer be a part of BABYMETAL.

BABYMETAL will also be having a festival type event BABYMETAL WORLD TOUR 2018 in JAPAN EXTRA SHOW “DARK NIGHT CARNIVAL” with special guests on October 28th which will be held at Saitama Super Arena. This will be BABYMETAL’s first time to be hosting such an event and will be a special night to remember for all attendees.

■Apocrypha: The Legend of BABYMETAL Trailer

Apocrypha: The Legend of BABYMETAL
Scheduled to be on sale end of October 2018

BABYMETAL have released a new live footage of “Distortion”, filmed at the Download Festival 2018 in UK this June, watch it here: 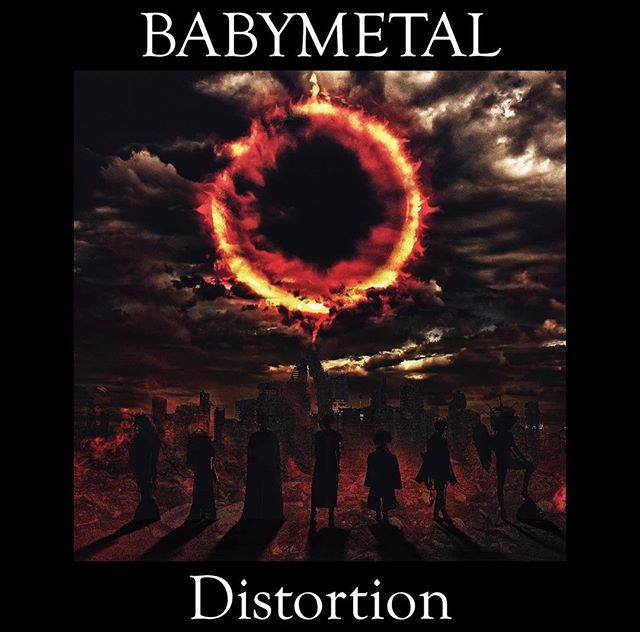 As BABYMETAL is now preparing for their headline show at Makuhari Messe and Kobe World Hall, which will be held in Japan as part of their word tour, they have also confirmed their first festival type music event <BABYMETAL WOLD TOUR 2018 in JAPAN EXTRA SHOW “DARK NIGHT CARNIVAL”>, inviting SABATON and GALACTIC EMPIRE at Saitama Super Arena on October 28th. This event is associated with autumn festivals such as Halloween and Day Of The Dead.