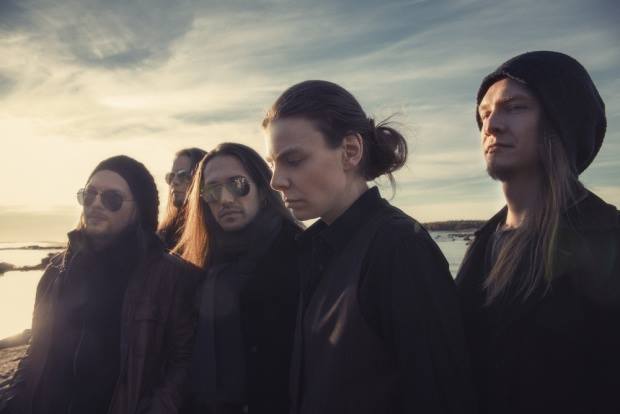 AMORAL – self-declared proponents of “classic rock for the 21st century” – premiere their video for new track Blueprints via Classic Rock Magazine. Check it out HERE or below.

It’s taken from the band’s sixth album Fallen Leaves & Dead Sparrows, which is released on Monday via Graphite Records.

Mainman Ben Varon says: “We could not believe our luck when we got the green light to film the video at the Helsinki City Hall – we knew that their ballroom was usually off limits. This beautiful location was the perfect place to shoot a video for an intimate, acoustic song like this. Also, my 12-string guitar sounded huge in that room, so I was well entertained between takes.”

The album’s lyrics deal with the concept of “that one big mistake that cannot be undone.” Varon explains: “People like the idea of second chances – but sometimes that’s simply not an option. There are points of no return, decisions you can never undo.

“You can read into the lyrics as a tale of a drug addict, a relationship gone horribly wrong, longing for days past, fear of getting old;  the latter two are probably the ones hitting closest to home for me.”