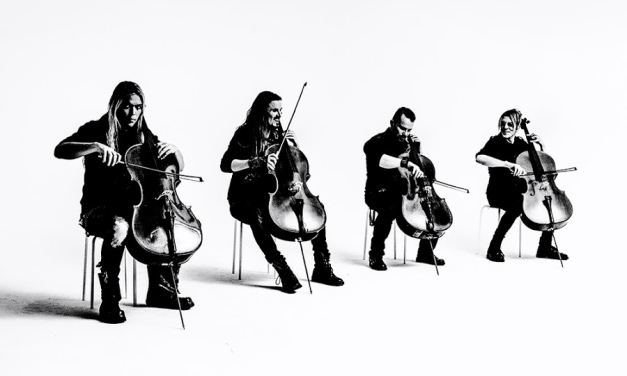 Finland’s multi-Platinum cello-rock band APOCALYPTICA – classically-trained cellists Eicca Toppinen, Perttu Kivilaakso and Paavo Lötjönen, and drummer Mikko Sirén – have announced the Spring 2020 North American leg of the “Cell-0 World Tour”. This tour leg will launch on Sunday, May 3 in Orlando, FL, and see the band performing in 20 cities over a three-week period wrapping up on May 26 in Boston, MA. With a set list that will likely vary night to night, Apocalyptica’s performances will be comprised of new songs from Cell-0 as well as the band’s rich catalogue. Lacuna Coil will support on all dates. Ticket pre-sales and access to VIP packages begin today, November 20 at 10AM (local); public on-sale starts Friday, November 22 at 10AM (local). For all pre-sales, VIP packages, and ticketing details visit http://www.apocalyptica.com

In concert, Apocalyptica is known for its moving and bombastic live performances with sparse production but an abundance of head banging. Anyone who might think that there wouldn’t be a deluge of excitement with three cellists should think again…these are symphonic rock stars who know how to shred their bows.

These tour dates are in support of the band’s new album Cell-0, set for a January 10 release (Silver Lining Music). Produced by Apocalyptica, mixed by Andrew Sheps (Red Hot Chili Peppers, Lana Del Rey, Metallica and Black Sabbath), and recorded at Sonic Pump studios in Helsinki, the recording of Cell-0 followed a four-year break between albums that gave the band a fresh perspective and affected the way they approached the new music. Cell-0 is the quartet’s first instrumental album in 17 years and found the musicians challenging themselves to discover new flavors and colors in their respective instruments.

For pre-order options, go to this location.

The confirmed North American Spring 2020 dates for the “Cell-0 World Tour” are as follows: 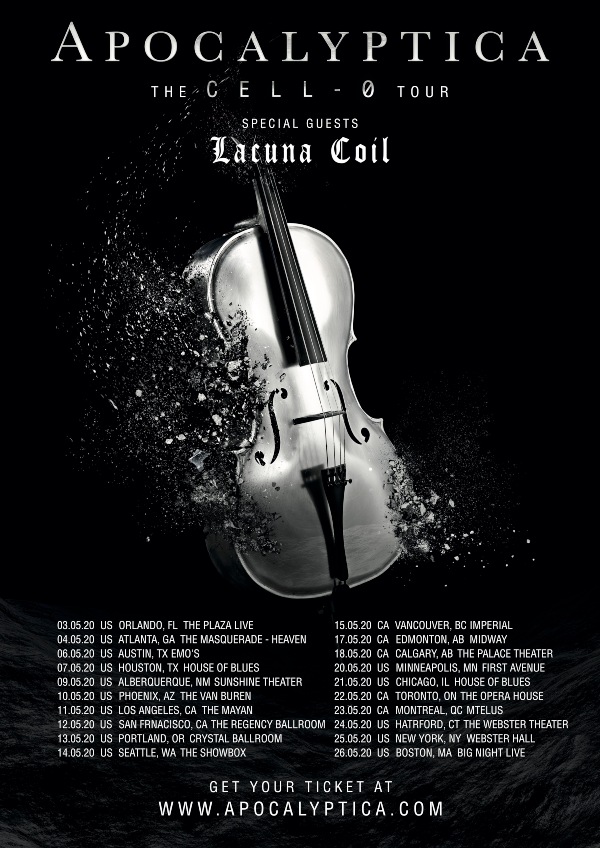