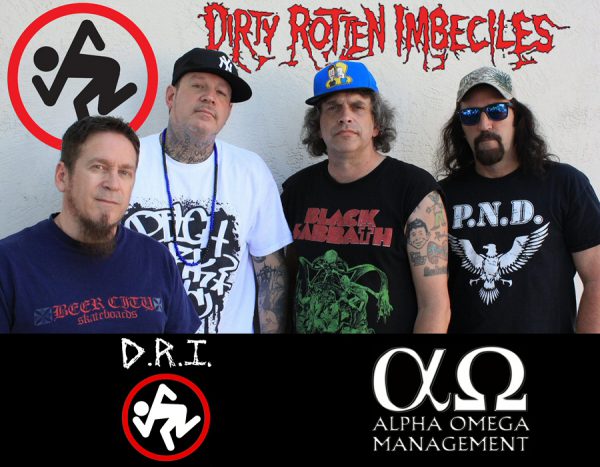 You can pre-order the EP here.

Check out the EP teaser below:

The 7″ will be available on several different colors of vinyl (translucent: red, blue, gold , green and clear. White and black. All colors limited to 1000 pressed except black.) *Plus a special color (limited to only 1000 pressed) that you can only get from the band at their shows!

The 12″ will be custom, hand screen printed version limited to only 2000 copies pressed. The vinyl is actually screen printed. There are very few screen printed records out there due to the lengthly time and effort it takes! Besides the record looking very cool it will sound even better due to be on 12″ and having wider grooves!

You can preorder from the label’s online store or your favorite record store. The CD will also be available on itunes. For record stores it will be exclusively distributed wholesale throughout the world by ‘Independent Label Distribution’ and its partners. 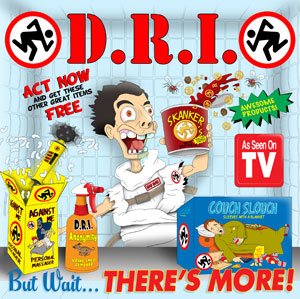 D.R.I. is once again ready for punk / hardcore and metal consumption!

ALPHA OMEGA Management is thrilled to announce the signing of the legendary D.R.I. to its roster family!

The DIRTY ROTTEN IMBECILES‘ history begins on May 2, 1982 around 4:00pm, in the city of Houston, TX. It was on this day that the musically aggressive quartet we now know as D.R.I. made their first Dirty Rotten noise and called it a song … After 6 releases along the years, D.R.I.‘s latest effort “Full Speed Ahead” came out in 1995 and now the band is set to unleash a new 5 song EP on June 10 2016, being so their first release in over 20 years! The upcoming EP was produced by Bill Metoyer, who produced also the band’s third, fourth and fifth studio albums “Crossover”, “4 of a Kind” and “Thrash Zone”.

Band comments:
“D.R.I. is excited to announce the joining of forces with Alpha Omega!”

ALPHA OMEGA Management adds:
“We’re so ecstatic to welcome the Myth of Hardcore Punks D.R.I. to our Family! After all these years the band goes on stage with the same passion and entusiasm as 33 years ago, if possible today even harder and louder! They deliver a perfect mix of crossover thrash combining elements of punk rock, hardcore, thrash metal, speed metal and heavy metal together with their punk roots. These guys have something for everybody to love and enjoy!”

D.R.I. has been cited by many metal and punk musicians worldwide as an influence on their own music, including Slayer, Anthrax, Dark Angel, Municipal Waste, Kreator, Death Angel, Vio-Lence, Nuclear Assault and Cryptic Slaughter.

For the past 33 years, D.R.I. has been the epitome of the agressive, hardcore-punk thrash sound that we’ve all become accustomed to hearing. Throughout this time, they’ve been one of the few genuine underground bands to remain true to their pure punk roots. Still actively touring, recording and thrashing just as hard, and just as loud as ever, continuing to overload our senses with the sound that is, and will always remain, uniquely D.R.I.

D.R.I. has been playing an average of 90 shows a year lately around the world. A list of upcoming shows can be found here. 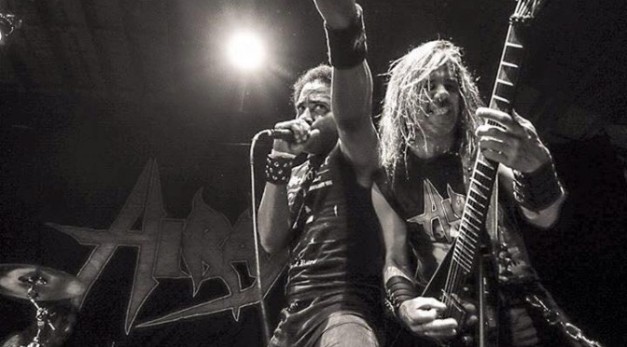 Bay Area Thrash Icons HIRAX tore up the Oakland Metro Operahouse along with fellow Thrash Metal legends D.R.I. this last Saturday night April 16th, proving that “Bay Area Thrash” is indeed alive and well, reports The Dark Side. This is one of many highlights rising up from the growing “US Thrash Metal Renaissance” which is quickly becoming clearly evident across the Heavy Metal Soundscape. Below some photos that were posted on Instagram from Saturday night’s concert.

“To our brothers and sisters in the Bay Area much love and respect….Thank you to all the people Who showed up and packed the Oakland Metro Operahouse The Bay Area is alive and well!!!!! Special thanks to our friends and brothers in D.R.I. (Brotherhood for life)”. 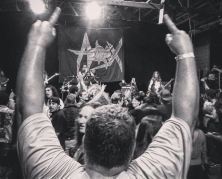 SATYRICON, VICTORY and CRIPPER are the latest acts confirmed for the 2014 edition of The World’s Biggest Heavy Metal Cruise – 70000 Tons Of Metal, which will sail January 27th to 31st from Miami, Florida to Costa Maya, Mexico and back! 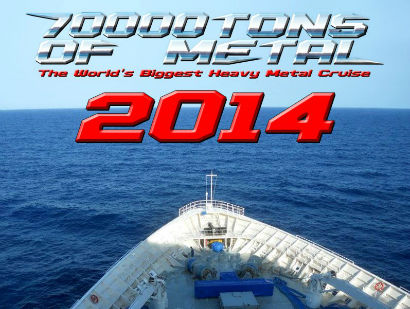 CARCASS, ENSIFERUM, SYLOSIS are the latest acts confirmed for the 18th edition of the Brutal Assault Festival 2013 which is set to take place August 7th-10th in Josefov, Czech Republic.

Carcass are putting the finishing touches on their first studio album in 17 years with acclaimed producer Colin Richardson. Guitarist Bill Steer said: “People can expect to hear a fairly different Carcass set, the old favourites will in there, of course, but we’re also planning to play a couple of the less obvious tracks from our past, as well as songs from the album we’ve just completed.“

SUFFOCATION, D.R.I. and ALCEST are the latest acts confirmed for the 18th edition of the Brutal Assault Festival 2013 which is set to take place August 7th-10th in Josefov, Czech Republic.