Dutch death metal bruisers APOPHYS have teamed up with Metal Shock Finland to premiere, for Finnish territory, their the most brutal single “Deadlock” from their second full length, a sci-fi epic entitled “Devoratis”, set to be released on January 22nd via Ultimate Massacre Productions.

or stream via Soundcloud, here:

Stated Kevin Quilligan:
“Deadlock” is one of the most powerful songs on the album. This one definitely packs a punch! As you can see in the video there is some serious riffing going on in this one, they make it look easy but I can tell you it’s not. Story wise, Deadlock is the chapter where our two main characters meet face to face for the first time. Their embrace is like the embrace of a bear trap. Stuck, painful and possibly fatal..”

Dutch death metal bruisers Apophys have been making waves since their surfacing in 2012, slowly carving their path in the modern death metal scene. Featuring members from God Dethroned and Toxocara this is a band with experience and a clear vision and approach to their writing, song structure above technicality. Their debut album was testament to that and seen the band tour internationally with acts such as Vader, Hate Eternal, Dying Fetus, Misery Index, Cattle Decapitation and many others as well as several festival appearances including Eindhoven Metal Meeting and Deathfeast Open Air among others. Building on their growing reputation 2017 has seen Apophys complete their second full length, a sci-fi epic entitled Devoratis, set for release January 22nd via Ultimate Massacre Productions.

The album is based on a science fiction story written by vocalist Kevin Quilligan. “We wanted to do a concept album but we couldn’t find a fitting concept,” Quilligan shares. “So we decided to write it ourselves. Together with all the members we fashioned our own tale to tell which has given a whole new meaning to our music.”

It all starts with an Operator called Zohm, an engineer with remarkable skills. His task is to demolish planets, entire galaxies of them, to cast out all the elements within. “To make sure the Universe keeps developing as it should.” At least, that’s what his superiors told him. Zohn could care less for the ideology and secret plans of his superiors. It was the technology behind the devices used that he was most interested in. As long as he could keep working on those, he would believe whatever Consul came up with.

One day, a day like any other, everything went wrong. A device failed to go off, a device operated by Zohm. He didn’t know why, there was nothing out of the ordinary. He knew he did everything right. He also knew he would be the one held accountable (which meant a trial before Consul and his peers). Everything went so fast that he could hardly remember it all, but he did remember the verdict:

You must return to right your wrong
To find a way
Cast down into solitude
An exile from this day
Ultimately you will meet your end
When your task is complete
Eternally alone you will stay
And now we will proceed.

Zohm was exiled to the planet he was supposed to destroy. To fix the device and let it carry out its task. This wasn’t just exile; this was a death sentence. While trying to find out what went wrong he comes across a creature called Xiux. Xiux is an ancient being unlike anything else, more a consciousness then an organism. He is the planet and the planet is him. He stopped the device, to some personal damage. Zohm, unaware of the vastness that is Xiux, tried to trap him. The two collide and instead of taking each other down they merge. The resourceful engineer and the living planet form an entity of unparalleled power.

Consul, outraged at the news that Zohm has not fulfilled his sentence, sends the entire fleet back to show everyone that disobedience will not be tolerated. He is met by Zohm and Xiux, eagerly awaiting them, hungry for a challenge.”

“Devoratis” Tracklist:
1. Children of the Stars
2. The Verdict
3. Xiux – The Parasite
4. Matters Unresolved
5. Deadlock
6. Respite (Interlude)
7. What We Will Be
8. Retaliate
9. Occasus

Also check out the first single from the album, entitled “Retaliate” which was released earlier this month: 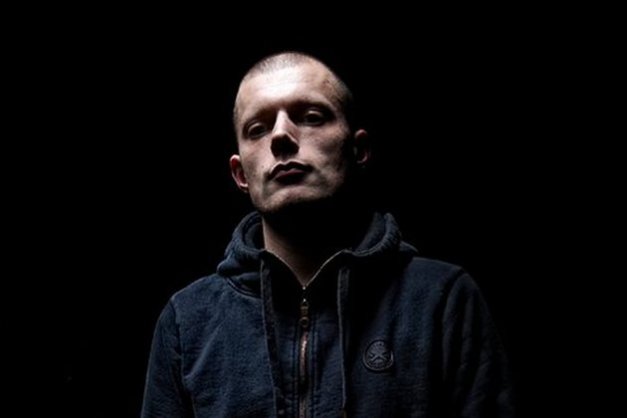 A full year has gone by since DEADLOCK founder and long-term drummer Tobias Graf passed away in last September. Tobias left the band due to private reasons earlier that year and sadly lost his battle against cancer on September 2nd 2014 at the age of 35.

Even after some time has passed, it still seems hard to find the right words for this tragic loss.  Under these sad circumstances the band has now released a memorial video.

As you may already know or have heard, DEADLOCK front woman Sabine Scherer has a baby on the way, issues Napalm Records. Since they don’t want to cancel next year’s upcoming live shows, DEADLOCK looked around and found the coolest baby substitute in the world!

„Please welcome Margi! I’m glad with all my heart that we’ve found someone so convenient so quickly! Until I’m back: Support her! She is awesome! Assure yourself at the upcoming live shows!”

Sabine will still have a supportive part in the band and will join the songwriting process to the successor of The Arsonist (Napalm Records).

DEADLOCK Finish Works On “The Re-Arrival”

Posted by tarjavirmakari on June 9, 2014
Posted in: Int. News. Tagged: “The Re-Arrival”, Deadlock. Leave a comment

The German modern-metal heroes DEADLOCK have finished the work on their new album! With “The Re-Arrival” DEADLOCK present their fans an impressive overview of their past work, to be released on Life Force Records, which goes much further than the usual “Best-Of” releases. Within the 30 tracks on “The Re-Arrival” you’ll find some pretty rare and previously unreleased demo tracks from the very early days of the band’s history, complete re-arrangements of DEADLOCK classics and 3 brand new tracks with the new drummer and wunderkind Werner Riedl, which marks another step in the band’s evolution and which shows again, that guitarist Sebastian Reichl is a highly gifted songwriter if it comes down to hit potential of the tracks.

Sebastian Reichl about “The Re-Arrival”: “The recordings for the new album have been a travel back in time for all of us and especially for me as the last remaining founding member of Deadlock. Browsing through old recording-tracks, sorting out and partly re-arranging was more than an emotional experience – keeping in mind I play more than half of my life in this band. Feelings such as pride usually don’t have all too much impact on what I’m doing, but exactly that feeling comes most close to what I felt. It was simply amazing to touch our old hits again and to pack them in a new up-to-date sound – thanks to the whole Deadlock family for the past years and the years to come!”

According to the proven principle of the previous recordings “The Re-Arrival” once again was produced simultaneously in different studios: aside the band’s own Slaughter’s Palace studio the band hit the Chemical Burn Studio in Bad Kösen again as well as for the first time the history-charged Chamäleon Recording Studios in Hamburg.
The 3 new songs were co-produced and mixed by Alexander Dietz and Eike O. Freese. Both are also responsible for the mix of the re-recordings and re-arrangements – Alexander Dietz has besides mastered all 30 tracks.
For the wonderful artwork of “The Re-Arrival” the band could win long-year friend Pepe (Azraeldesign).
Aside from the past and present the double album also portrays the future of the band. A breath-taking and passionately package for each DEADLOCK fan and the ones still to become, because “The Re-Arrival” is the perfect entrance in order to dive into the DEADLOCK-world!

You can see DEADLOCK live at one of the following upcoming dates:

ILLDISPOSED
Silence is something which the sympathetic band from Denmark doesn’t know. ILLDISPOSED have shown their status as an excellent live act over the years. Something, the band will likely proof ones again in July at Weichelsee. ILLDISPOSED won’t play classics only but they will bring their new album “With The Lost Souls On Our Side” (out on June 27th 2014) to the beach too!

DUST BOLT
What shouldn’t miss at a festival? Right, headbanging while great Old School Thrash Metal is being played! A the band from Landsberg am Lech likes drinking beer but also to put their feet into the cool water, there can’t be another festival DUST BOLT would fit in better as the METAL4SPLASH OPEN AIR!

PARASITE INC.
It grooves a lot! PARASITE INC. Are a still a newcomer in the scene but if you have listened to the debut album of the Swabians, you probably know what you can expect: The mixture of Core, Melodic Death Metal and other influsences is exploding and the quartet will proof this in July at METAL4SPLASH!

DARK AGE
For almost twenty years DARK AGE have been standing for Melodic Death Metal quality made in Germany. Meanwhile the band has developed to one of THE German bands of this genre and their latest record “A Matter Of Trust” is another proof of their skills. Therefore it wasn’t a difficult choice to invite DARK AGE to METAL4SPLAH 2014.

OMNIUM GATHERUM
The latest four albums of their overall six records have entered the Finnish charts. Their current album “Beyond” is again a masterpiece and needs to be presented live. Accordingly OMIUM GATHERUM is a must-see at METAL4SPLASH 2014 and a guarantee for dozens of great songs.

Here are the facts about the festival:

More information about the METAL4SPLASH OPEN AIR can be found here:

The billing of the METAL4SPLASH OPEN AIR is growing. Recently have been confirmed DARK TRANQUILLITY, DEADLOCK, LAY DOWN ROTTEN. During the past days the organizers have announced three more bands for July 2014, see details below.

The festival will take place in Weichelsee, Rotenburg (Germany) on July 24.- 26.

HATESPHERE:
After MALRUN last year a harder band from Denmark will visit the Weichelsee. HATESPHERE will have their new record “Murderlust” packed, but don’t panic you won’t miss old classics like “Need To Kill” or “500 Dead People”!

ORDEN OGAN:
Are you prepared for the only Power Metal Band which must not be abscent at METAL4SPLASH in 2014? So be happy because the only true successor of the mighty BLIND GUARDIAN has now been confirmed! ORDEN OGAN will arrive with hits like “We Are Pirates” or “The Things We Believe In” and therefore make sure you don’t miss them!

SUIDAKRA:
After an exciting tour through India SUIDAKRA will visit the Weichelsee which is of course no less enthralling. Their latest album “Eternal Defiance” has impressively shown how to combine passion with skills. Therefore the pleasure to meet and party with the quartett to new songs and classics at the beach in Rotenburg is much bigger.

Here are the facts about the festival: