Extreme metal leviathans HATE have announced, via their Official Facebook Page, the addition of drummer Pawel “Pavulon” Jaroszewicz to the group’s ranks after Hexen‘s leaving. 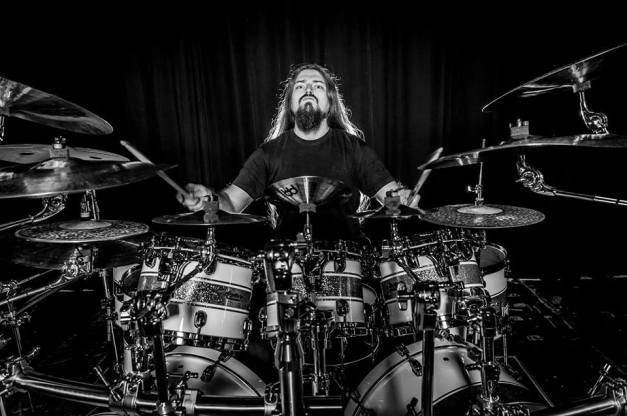 “We are proud to inform you that Pavulon has joined HATE as a full-time drummer! I must say this was not a hard choice, because we have known Pavulon for years and always admired his dedication to the music and development he has made being in groups such as Crionics, Vader, Decapitated and Antigama. Having played a couple of shows together, we now strongly feel that he is the right man in the right place. I have no doubt that his drumming skills will bring in some extra power to our live sound as well as new songs. He will be appearing on the upcoming album, which will be followed up with more details soon. We have been working on the new material for months now and I am hoping we get in the studio by June and start tracking. In a few days we start European tour with Kampfar (below). Remember not to miss that! To sum up, I want to say we have long needed some new blood and energy and finally we got it. Now I am looking forward to the challenges that lay ahead to make HATE shine brighter than ever!”

To find out more about the new drummer you may visit the profile: http://www.facebook.com/pavulondrummer 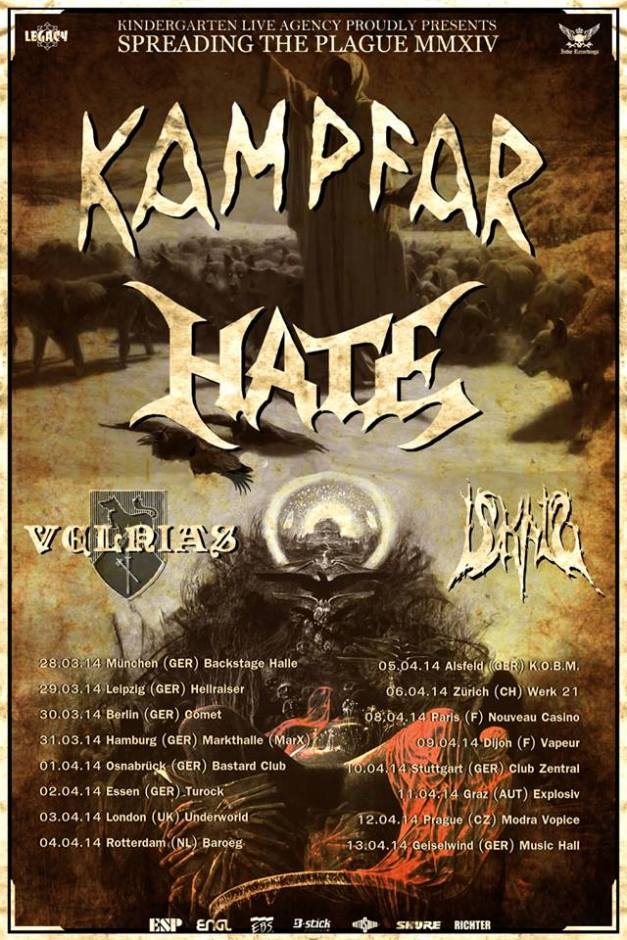 In other news: HATE will hit Europe in the company of Kampfar, Iscald and Velnias starting in Munich, 28th of March. The list of the shows below: 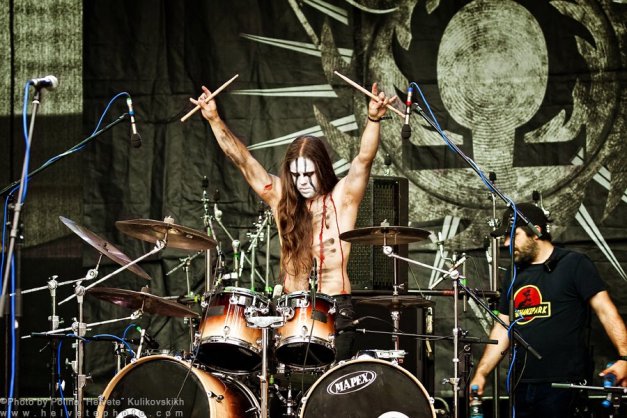 This is to inform you that HATE have amicably parted ways with longtime drummer Hexen. The band cited artistic differences as grounds for this. Hexen has appeared on three of the band’s albums Morphosis (2008), Erebos (2010) and Solarflesh (2013), and has contributed much to overall sound of the band. Founding member Atf Sinner comments: “After creating “Solarflesh” we all felt that something has come to an end. It was like writing last pages of a book, a conclusion. Not long ago Hexen informed us that he decided to go his own path to work on his projects. We part ways with him with mutual respect and understanding and we look forward to embracing the next chapter of HATE. We wish him nothing but the best. He is our brother and it will stay so forever.”

Hexen: “For a long time I have wanted to try myself in other musical styles. Knowing that Hate demands 100% dedication, I was aware that I would not be able to combine my other artistic plans with commitments that the band has made. That is why I decide to leave. I will now pursue my plan and hope for it to bear fruit soon. On the other hand, I believe that we may perform together again in the future. I wish the guys further successes. I myself know best how much work it takes to get on this level.

In other news, HATE have been intensively working on a new studio album, with release pegged for late this year. The band will also start European Tour on 28-th March (below) with a new drummer on board. New lineup will be announced within days!