According to Real Media Music UK,   Finnish progressive metallers SILENT VOICES has announced that their new front-man is Teemu Koskela (Winterborn). Teemu has already been singing 3 successful shows with SILENT VOICES in the UK and Czech Republic earlier this year. 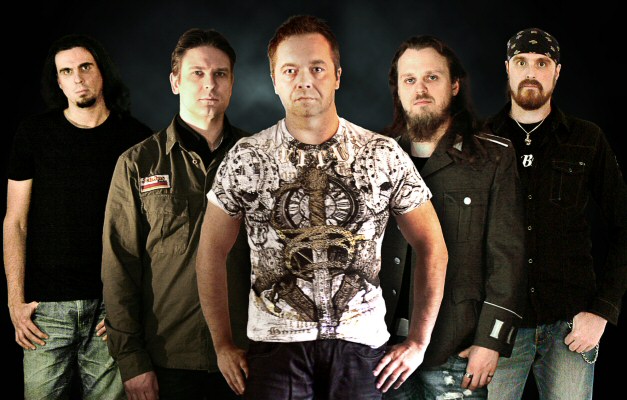 “We are very excited to finally share with everyone that Teemu Koskela is the new vocalist of SILENT VOICES. Teemu is an incredible vocalist and a great guy. His voice is a very strong addition to the SILENT VOICES family.”

SILENT VOICES have also inked a new deal with the Swedish label Inner Wound Recordings for the release of the bands up-coming album “Reveal The Change”. More information will follow.

“The entire band and all the people we are working with are very excited about this new album. We cannot wait for everyone to hear the new songs and to be back on tour again.”

Silent Voices is also known as “the other band” of Henrik Klingenberg and Pasi Kauppinen of Sonata Arctica.

Posted by aliblackdiamond on May 1, 2013
Posted in: News. Tagged: "The Land Of New Hope", Inner Wound Recordings, Timo Tolkki's Avalon. Leave a comment

Inner Wound Recordings will release a limited 12-inch double gatefold edition of TIMO TOLKKI’S AVALON‘s album “The Land Of New Hope” on June 19. The edition is strictly limited to 700 copies.

“The Land Of New Hope” is available for pre-order at the Inner Wound store.

The track listing is as follows:

01. Avalanche Anthem
02. A World Without Us
03. Enshrined In My Memory

“Enshrined In My Memory”, the new video from TIMO TOLKKI’S AVALON, can be seen below. The clip was directed by Patric Ullaeus of Revolver Film Company, who has previously worked with DIMMU BORGIR, LACUNA COIL, IN FLAMES, SONIC SYNDICATE and KAMELOT, among others. The song is also available for download and legal streaming through all fine shops such as iTunes, Amazon and Spotify.

Frontiers Records has set a May 21 North American release date for TIMO TOLKKI’S AVALON new metal opera, “The Land Of New Hope”. The CD’s story takes place more than 40 years in the future when most of the planet has been destroyed by natural disasters. The title of the opera refers to the safe haven that a small group of survivors seek.

“The Land Of New Hope” is composed by one of the forefathers of the power metal genre, former STRATOVARIUS main songwriter and guitarist Timo Tolkki.

The album will be available in two formats: a standard CD and a deluxe edition featuring a 30-minute documentary on the making-of the album and two videos.

“The Land Of New Hope” came about as the result of a discussion that began years ago between Timo Tolkki and Frontiers Records president Serafino Perugino. Perugino, a longtime STRATOVARIUS fan, suggested Tolkki return to the original STRATOVARIUS sound in a more symphonic fashion. In August 2012, Tolkki began work on what would become “The Land Of New Hope”. Tolkki explained: “I sort of rediscovered myself musically in the process of making this album. I wrote the story first and started composing the music after that. My aim was to write memorable songs with good melodies that would support the story.

“In STRATOVARIUS back in the early ’90s, I was one of the creators of the power metal genre, so it is only natural that people may associate this music style with me… but on this album, you will find lot of dynamics including fully-orchestrated songs that sound very, very big.”

With the full support of Frontiers Records and Serafino Perugino‘s executive production, “The Land Of New Hope” opens a new chapter in Tolkki‘s career. Tolkki added, “‘The Land Of New Hope’ is one part of the story, the end of it, actually. The story is longer and goes back to the time before this album’s concept, so two more metal operas are likely to follow to complete a trilogy.

“In general, I find the metal opera concept fascinating and logical to me at this point of my career. I love classical music and just like in classical opera, in metal opera you can also create stories and have almost limitless possibilities musically.

“It is not so easy to stay fresh after a 25-year career, but this album is truly something special.”

A “The Land Of New Hope” EPK (Electronic Press Kit) can be seen below.

Inner Wound Recordings has announced the signing of the Brazilian female-fronted progressive power metal band VANDROYA. The group’s debut album, “One”, will be released on January 18. The Japanese edition of the album will be made available on December 19 through Spiritual Beast and the Brazilian edition will follow on February 4 via Voice Music

. The CD artwork was created by Felipe Machado Franco (BLIND GUARDIAN, RHAPSODY OF FIRE, ICED EARTH) and can be seen below.

VANDROYA is one of the best-kept secrets from Brazil, led by the fantastic vocalist Daísa Munhoz (SOULSPELL). According to a press release, the band “should be a perfect fit for fans of KAMELOT, SYMPHONY X, ANGRA and SONATA ARCTICA.”

A teaser for the album is available below.

“One” can be pre-ordered at the Inner Wound store.

Swedish progressive metal band ANDROMEDA has inked a deal with Inner Wound Recordings. The group’s new album is tentatively due before the end of the year. Source: Blabbermouth.net 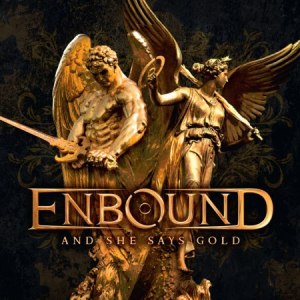 Inner Wound Recordings has announced the signing of the Swedish melodic power metal band ENBOUND. The group’s debut album, “And She Says Gold”, will be released in Europe on April 29.

ENBOUND features vocalist Lee Hunter (Lars Säfsund), who is also known for his work with the band WORK OF ART, as well as performing in musicals like “Jesus Christ Superstar”, in the TV program “Singing Bee” on Swedish television and performing with Biondo in the Romanian Eurovision Song Contest in 2008.

According to a press release, “And She Says Gold” is “a masterpiece of melodic power metal, and definitely one of the best debut albums to come out during the last ten years in the scene. The powerful arrangements that characterize ENBOUND, together with the smooth and emotional vocals by Lee Hunter, ENBOUND has created something special. Fans of melodic metal and hard rock will for sure love the sound of ENBOUND, and the future of the band is really exciting!”

“And She Says Gold” track listing: