Posted by tarjavirmakari on August 30, 2017
Posted in: Int. News. Tagged: CRIPPER, Follow Me: Kill!, Into The Fire. Leave a comment 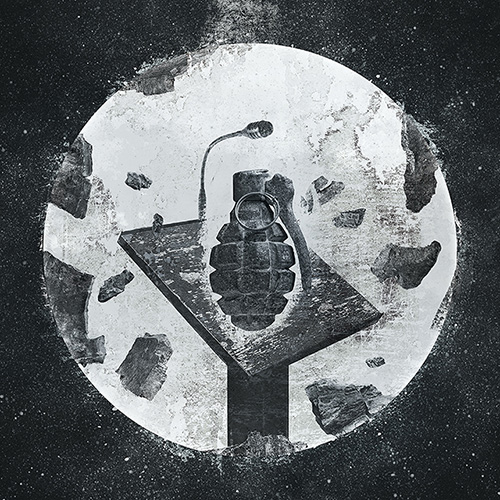 On September 15th, Germany’s CRIPPER will release their new album Follow Me: Kill! worldwide via Metal Blade Records! The band has now launched the 2nd single taken from that album, which is entitled “Into The Fire”! The full production video for “Into The Fire” can be viewed here:

Cripper comments: “The video for ‘Into The Fire’ is our 8th music video. So what do you do as a band to not bore yourself with repetition? Right, you crank it up to 11 and take it to the next level! ‘Into The Fire’ is not only the track that inspired us for our upcoming album’s title ‘Follow Me: Kill!‘, it is also one of the album’s bosses so to speak. Music, lyrics, story and performance mark another milestone in Cripper‘s history. Many thanks at this point to our friends who once more helped us bringing our madness to life with this self-made video production by delivering brilliant performances and lending us their muscles and brains to make things work. We owe you!”

For another preview of Follow Me: Kill!, the previous single “Pressure” can be heard at: metalblade.com/cripper

Follow Me: Kill! is Cripper‘s fifth album, and it adds fresh, exciting elements into their music. Still, the band never forgets where they come from and stay true to themselves within the frames of musical progression. The result is an effort that maintains the heaviness and groove the band is known for, while also containing atmospheric parts, capably realized and granting diversity.

Posted by tarjavirmakari on April 4, 2012
Posted in: News. Tagged: Crucified Barbara, Into The Fire. Leave a comment

“Into The Fire”, the new ColdheArt.se-created video from Swedish all-girl hard rock quartet CRUCIFIED BARBARA, can be seen below. The song comes off the band’s third studio album, “The Midnight Chase”, which will be released on May 23 in Japan and May 28 in Europe. A North American release via Nuclear Blast is expected this summer. The CD was recorded at Music-A-Matic Vintage Recording Studio in Gothenberg, Sweden with sound engineer Henryk Lipp and producer Chips Kiesby.

Commented guitarist/vocalist Mia Coldheart: “I’ve never felt this good about anything we’ve made before. I’m so damn proud of the new songs and the sound is better than ever. We can’t wait to go on tour and perform them live!” Source: Blabbermouth.net

Fan-filmed video footage of Swedish metallers SABATON performing the song “Into The Fire” with a special guest appearance by former ACCEPT and current U.D.O. frontman Udo Dirkschneider at the 2011 Rockstad: Falun festival, which was held June 3-4, 2011 in Falun, Sweden can be seen below. Other musicians who joined SABATON on stage during the concert included Chris Boltendahl (GRAVE DIGGER) and Frédéric Leclercq (DRAGONFORCE).

The members of SABATON stated about the opportunity to perform with Dirkschneider, “Original frontman of the legendary ACCEPT, and it’s a dream coming true for us to have ‘The Voice of Metal’ join us on stage. Many U.D.O. and ACCEPT albums lies close to the heart of SABATON and they are often played in our tour bus.”