According to Leigh Olson Management, the Original TROUBLE drummer Jeff “Oly” Olson will launch a Belgium-style stout named RED HOWES with Allagash Brewing Company set for release on Saturday, January 25th. The limited bottles will be sold in 750 ml and will be distributed nationwide on draft. 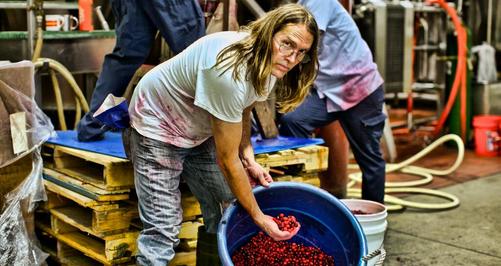 Named after Olson’s Grandfather, RED HOWES is an Imperial Stout brewed with over 3,000 pounds of New England cranberries. Coincidently, the cranberry’s brewed in the beer are of the Red Howes and Early Blacks variety. The beer is black in color with a creamy beige head brewed with 2-Row barley, a blend of roasted malts and grains. Cocoa, coffee, and berries fill the aroma with flavors of dried fruit and bitter chocolate with a slight tartness and a dry lingering finish. 8.5% ABV.

In other news, Olson will be scheduling meet and greets both in Portland, Maine and New York, New York. The dates are as follows.

Saturday, January 25th – Allagash Brewing Company – Portland, Maine
8AM- Doors
9AM- Beer goes on sale
10AM – Jeff “Oly” Olson will perform a set list from the music of TROUBLE, THE SKULL, Victor Griffin’s IN~GRAVED, and RETRO GRAVE.
*Bottles only 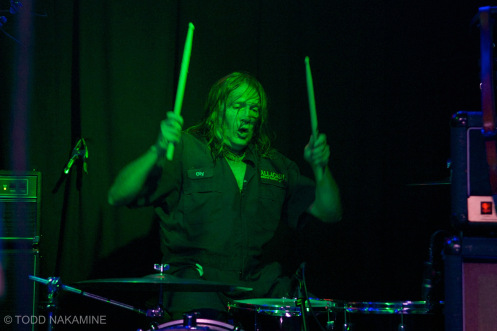 Official Metallica.com footage of METALLICA‘s pre-show meet-and-greet, tuning-room jam and performance at the July 3 “Big Four” concert at Ullevi stadium in Gothenburg, Sweden can be viewed below. Source: Blabbermouth.net 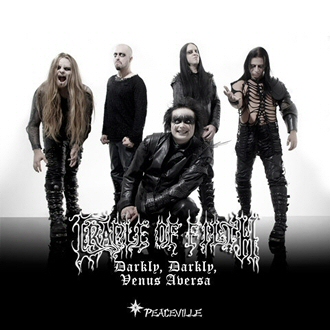 CRADLE OF FILTH will take part in a meet-and-greet at Scrape Records in Vancouver, British Columbia, Canada — located at 323 East Broadway — on Sunday, February 13 from 6 p.m. to 7 p.m. prior to the band’s concert that same night at The Commodore Ballroom with guests NACHTMYSTIUM, TURISAS and DANIEL LIONEYE.

CRADLE OF FILTH was scheduled to return to the studio last month to resume work on its next project, an orchestral album titled “Midnight In The Labyrinth”, which, according to Davey, will “reinvent” tracks from the band’s first four albums and include “full soundtrack-quality stuff… with choirs, strings and some narration.” Filth wrote in his online update, “All songs will be fully orchestrated akin to a horror movie soundtrack (think Danny Elfman, John Williams, Christopher Young, etc.) and are comprised solely of tracks from our first four releases” — 1996 EP “Vempire Or Dark Faerytales In Phallustein”, 1994’s “The Principle Of Evil Made Flesh”, 1996’s “Dusk… And Her Embrace” and 1998’s “Cruelty And The Beast” — “‘Funeral In Carpathia’ being my favorite conversion thus far.”

CRADLE OF FILTH will embark on its first North American tour since 2009, a headlining run dubbed “FEARnet and Decibel Presents: Creatures From The Black Abyss Tour”, in February. Support on the trek will come from NACHTMYSTIUM, TURISAS and DANIEL LIONEYE.