Members Of BACKYARD BABIES, THE HELLACOPTERS, VELVET IN SANE To Perform At Tribute To Late Rock Manager Michael Sundén

According to Bravewords.com, VELVET IN SANE‘s Jesper “Jeeper” Lindgren has organized a tribute concert in memory of rock manager Michael Sundén (BACKYARD BABIES, CRASHDÏET, HELLACOPTERS, RONNIE JAMES DIO, etc.), who who passed away this spring in a tragic accident in England. Sundén suffered fatal head injuries in the basement at Rock City in Nottingham. It is believed he slipped and hit his head on a brick wall. 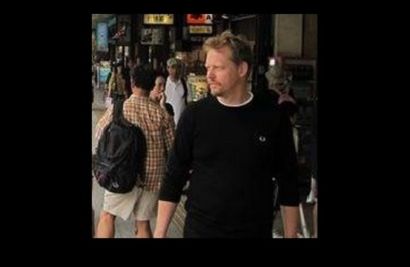 The concert will be held on October 8th at The Old Theatre in Östersund, Sweden. Artists scheduled to perform include: Nicke Borg (Backyard Babies), Robert “Strängen” Dahlqvist (Hellacopters), STATE OF DRAMA, Velvet In Sane, LAS DIVAS, and ANDERS TENGNER.

Says Jesper “Jeeper” Lindgren: “Michael quickly became a father figure to me and gave me hopes and dreams. I want to put on this concert to show him, and the world, how much he gave me and so many other artists around the globe. He was a fantastic person!

Check out more info on VELVET IN SANE at https://www.facebook.com/velvetinsaneofficial

Money raised will go toward defeating heart / lung disease and cancer. Tickets at this location.

CRASHDÏET have revealed that their manager, Michael Sundén, has passed away.

A message from the band states: “Our heart and thoughts go out to the family, friends and to the band of Michael Sundén, the manager of Crashdïet, who has passed away.

The rumors have been confirmed and dear friend of the band and manager Michael Sundén has passed away. It happened on the last night of the US tour as Michael was in the UK getting prepared for the that portion of the tour waiting for the boys to arrive.

Thoughts go out to friends and family who begin the grieving process and endure the sadness that comes with losing someone… R.I.P.”

CRASHDÏET recently updated their scheduled for the European leg of their The Savage Playground World Tour 2013, with support from SISTER and SLEEKSTAIN.

CRASHDÏET released their new studio album, The Savage Playground, in January. The band’s official video for the first single from the album, ‘Cocaine Cowboys’, is available below:

According to a press release, the new album sees CRASHDÏET going in a heavier and more live direction musicwise.

“The Savage Playground is our playground, its the beginning and the end, its the place where we eat and breed”, tells guitarist Martin Sweet. “We thought the time was right for us to do a edgier and not so polished sounding album, kinda like what we sound like live. It’s more organic and rough sounding. And of course we’re always evolving as musicians and like to try new ways of expressing ourselves, and that can most definitely be heard this album”.