METAL ALLEGIANCE began as a celebration of heavy metal, powered by the almost tribal bond shared between the extreme music community’s most revered trailblazers, armed with a list of contributors onstage (and off) that read like a Wikipedia entry on the genre itself.

Last week, the band announced they will release their sophomore album via Nuclear Blast Entertainment on September 7th, 2018. Today, the band release the first album trailer. Watch as the core four discuss the differences between their debut album and their upcoming album, here:

Alex Skolnick comments “The first time around we were kids in a candy store. We could do whatever we wanted – all different eras, all different types of influences. We did go in a few different directions on this album, but not quite as many. This time, I think we have a much better sense of what type of songs really fit the project.” 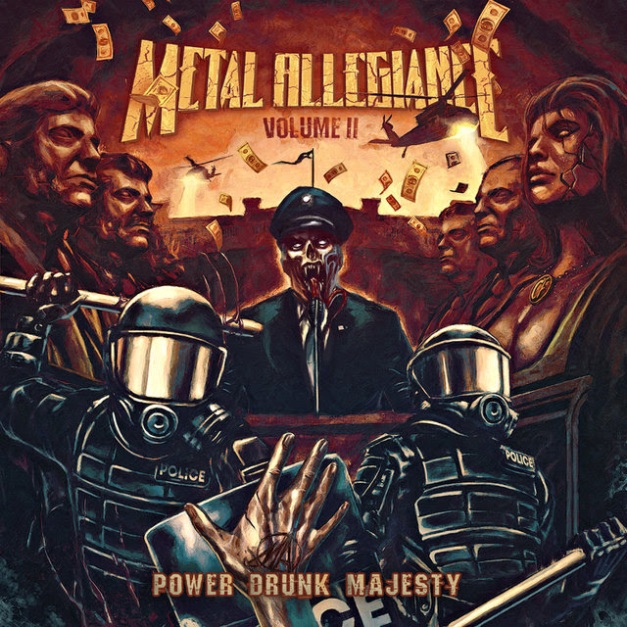 KHEMMIS: Sign To Nuclear Blast; Work On New Material For 2018

Nuclear Blast Entertainment,‎ via a licensing deal with 20 Buck Spin, are immensely pleased to announce the worldwide (ex. North America) signing of Denver, Colorado based multifarious doomed heavy metal quartet KHEMMIS. Welcome to the family!
KHEMMIS are currently working on new material destined to be their third record, due to be released in 2018 via 20 Buck Spin in North America and via Nuclear Blast Entertainment elsewhere globally.

KHEMMIS commented on the signing:
“We are honored to join the legendary Nuclear Blast roster for the release of our third album. The new songs we’ve been working on build upon the melodicism of »Hunted« while also exploring new, heavier, and more aggressive sonic terrain. We plan to enter the studio in early 2018 with a tentative mid-year release date. Thanks to Monte Conner, everyone at NB, and the listeners and fans who have supported us.”

Debut record “Absolution” earned the four piece outright critical praise from the underground, plus achieving them Decibel’s “Top 40 Albums of the Year” list allowing their impact to slowly start seeping into the mainstream consciousness. “Hunted” broke down those final barriers earning KHEMMIS widespread recognition, ranging from glowing reviews at Metal Sucks, Metal Injection and Pitchfork, to earning them a spot in Rolling Stone’s “20 Best Metal Albums of 2016” list and Decibel’s highly sought after “Album of the Year” accolade. Not many bands out there can boast about being compared to the likes of THIN LIZZY and ZZ TOP, to PARADISE LOST, MY DYING BRIDE and JUDAS PRIEST. 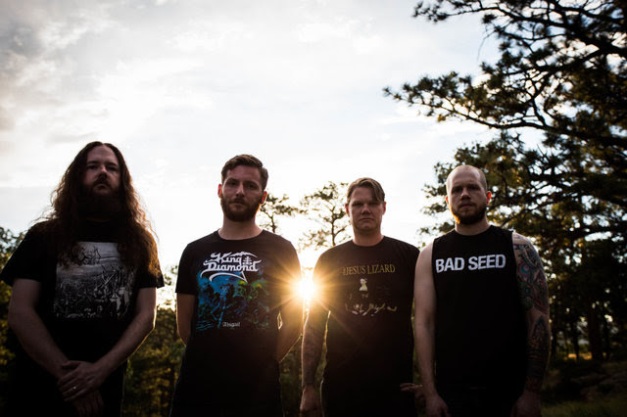 WEDNESDAY 13: Sign To Nuclear Blast; New Album Out In June

WEDNESDAY 13 has signed a new deal with Nuclear Blast Entertainment and is set to release his eighth solo studio album, titled “Condolences”, on June 2nd.

The horror punk kingpin and former-MURDERDOLLS frontman is thrilled to be joining his new record label home, telling us, “We’re so excited to finally announce that we have signed with Nuclear Blast Entertainment!  It’s an honor for us to be on the roster among so many other great bands and friends. Thanks to Nuclear Blast for giving us the opportunity and our fans for your undying support.  We’re looking forward to many more years of this with all of you.” 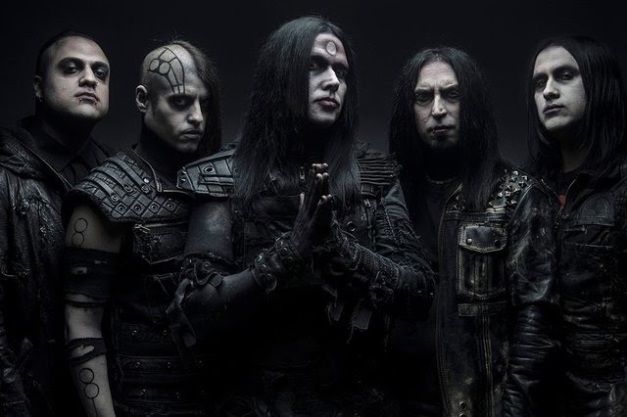 WEDNESDAY 13 will embark on a tour of the UK later this month with his ‘Undead, Unplugged’ tour.  The intimate evening features an extended set of acoustic versions taken from his extensive catalog, plus a wealth of tales regaled from years on the road with early projects MANIAC SPIDER TRASH and the FRANKENSTEIN DRAG QUEENS FROM PLANET 13, through to the debauched heights of MURDERDOLLS and more recently, his lengthy current solo career.  Support on the tour comes from his outlaw country side-project, BOURBON CROW – featuring Wednesday‘s longtime friend and singer/songwriter Rayen Belchere. 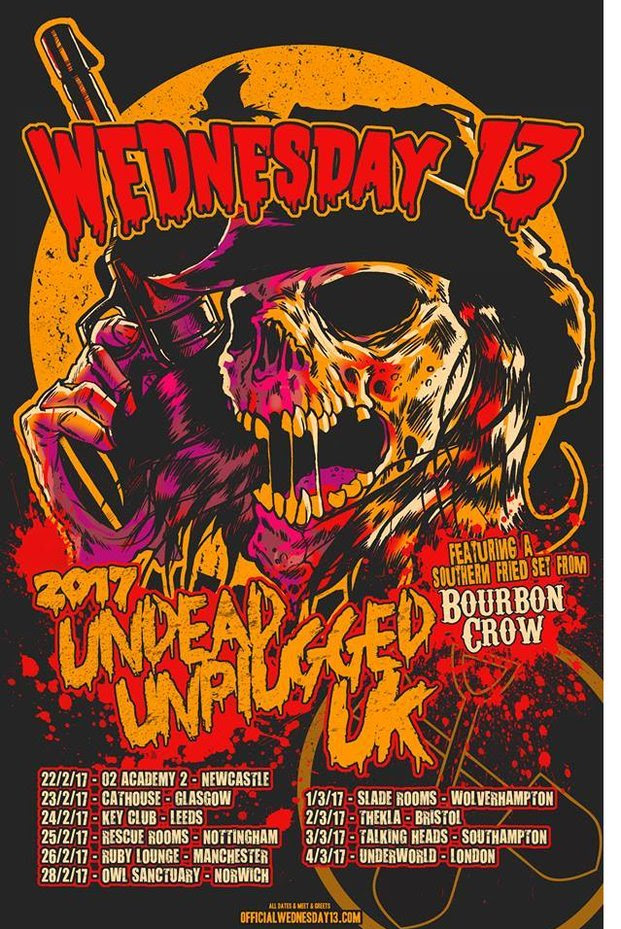 THY ART IS MURDER: ‘They Will Know Another’ Single Released

Posted by aliblackdiamond on July 4, 2016
Posted in: Int. News. Tagged: "The Depression Sessions", 'They Will Know Another', Fit For An Autopsy, Nuclear Blast Entertainment, THE ACACIA STRAIN, THY ART IS MURDER. Leave a comment

In December of 2015, three bands with three different stylistic approaches to aggressive music, came together to create a collective piece of work – “The Depression Sessions”.
THY ART IS MURDER, THE ACACIA STRAIN, FIT FOR AN AUTOPSY and Nuclear Blast Entertainment will release the results of this experience both digitally and on limited edition vinyl, on August 12th.

You can now stream the  single ‘They Will Know Another‘ by THY ART IS MURDER here:

The song is among the last pieces of music the band recorded before the departure of vocalist CJ McMahon. 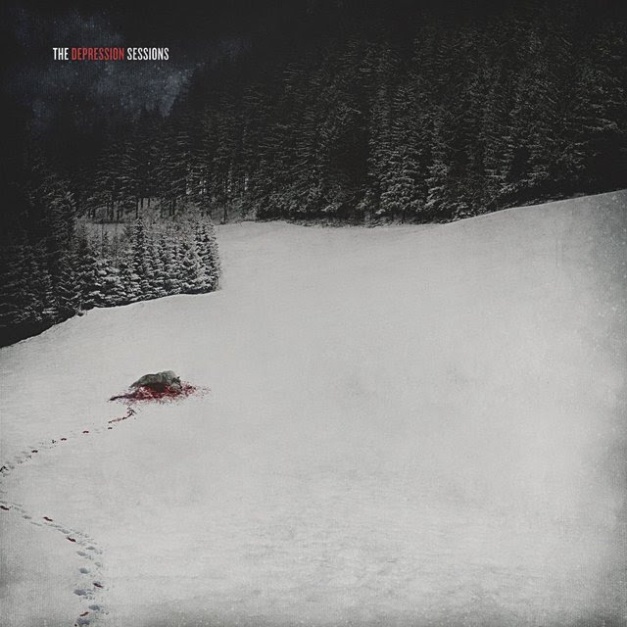 Extreme metallers BRUJERIA will release their fourth full length album, entitled “Pocho Aztlan”, on September 16 via Nuclear Blast Entertainment. The release will be followed by a US tour this October alongside CATTLE DECAPITATION and PIÑATA PROTEST.

“Pocho Aztlan” is the band’s first release since “Brujerizmo” was released in 2000 via Roadrunner. It was recorded over the course of many years and at several studios around the globe. The end result was mixed by Russ Russell (NAPALM DEATH, THE EXPLOITED).

Check out the track video for the song ‘Viva Presidente Trump!’ here:

The track comes from their recent 7″ release by the same name, which is now available for purchase digitally on iTunes, Amazon and Google Play. Purchase the single here.

BRUJERIA‘s legend has proliferated for nearly three decades. When the band first emerged from the sunbaked hellscape of Los Angeles in 1989, the city was on the brink of chaos. Daryl Gates ruled the LAPD with an iron fist, overseeing a legion of blue-suited stormtroopers who cracked brown and black skulls at every opportunity. Rodney King, the ’92 riots, and CA governor Pete “Pito” Wilson‘s anti-immigrant Prop 187 were all on the bleak horizon. The Mexican-American agitators of BRUJERIA captured the mood of the city’s minorities with the band’s infamous and widely banned 1993 debut, »Matando Güeros« (“Killing White People”), quickly becoming the Spanish-language counterparts to early grindcore masters TERRORIZER and NAPALM DEATH. Led by lyricist and mastermind Juan Brujo, BRUJERIA were alternately rumored to be satanic drug lords and members of well-established metal bands. The truth, as always, lays somewhere in between.

Fast forward to right about now: “Pocho Aztlan” is BRUJERIA‘s first new album in 16 years. The title translates to “Wasted Promised Land,” a combination of Aztlán, the fabled ancestral home of the Aztecs, and the term pocho, which native Mexicans use to refer – not always kindly – to their counterparts born in the States. Brujo himself is pocho, a man caught between two worlds. Many pochos are not exactly accepted with open arms in Mexico. Meanwhile, they’re too often regarded as second-class citizens in their adopted US home. Brujo has transcended both scenarios through the power of BRUJERIA‘s uncompromising grindcore and death metal. His all-Spanish lyrics are as vivid as they are effective: Bona fide tales from the frontlines of the drug war, the racial divide, and the battle for the border. “A lot of BRUJERIA songs are true stories,” Brujo says. “And if they haven’t happened yet, they will happen.” 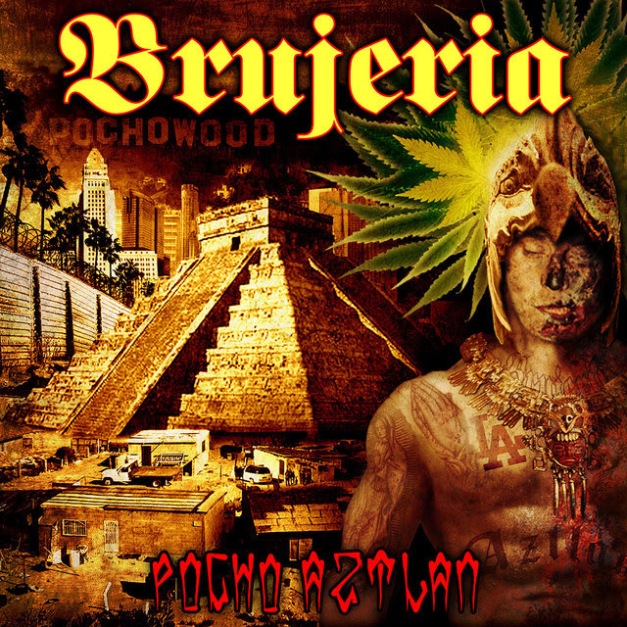 NAILS: Release Making-Of ‘You Will Never Be One Of Us’ Video

Posted by aliblackdiamond on May 4, 2016
Posted in: Int. News. Tagged: "You Will Never Be One Of Us", NAILS, Nuclear Blast Entertainment. Leave a comment

Southern California-based hardcore metal-punks, NAILS, will release “You Will Never Be One Of Us” on June 17 via Nuclear Blast Entertainment. The band have just released the first part in a behind-the-scenes-making-of documentary for that album, check it out here:

“You Will Never Be One Of Us” was recorded, mixed and produced by Kurt Ballou (CONVERGE, HIGH ON FIRE, VALLENFYRE, MISERY INDEX, TODAY IS THE DAY). Artwork was created by WHTHD.

Pre-order the album digitally through iTunes or Amazon right now and receive the title-track instantly!

Check out the video clip for the first single and title-track directed by Jimmy Hubbard: 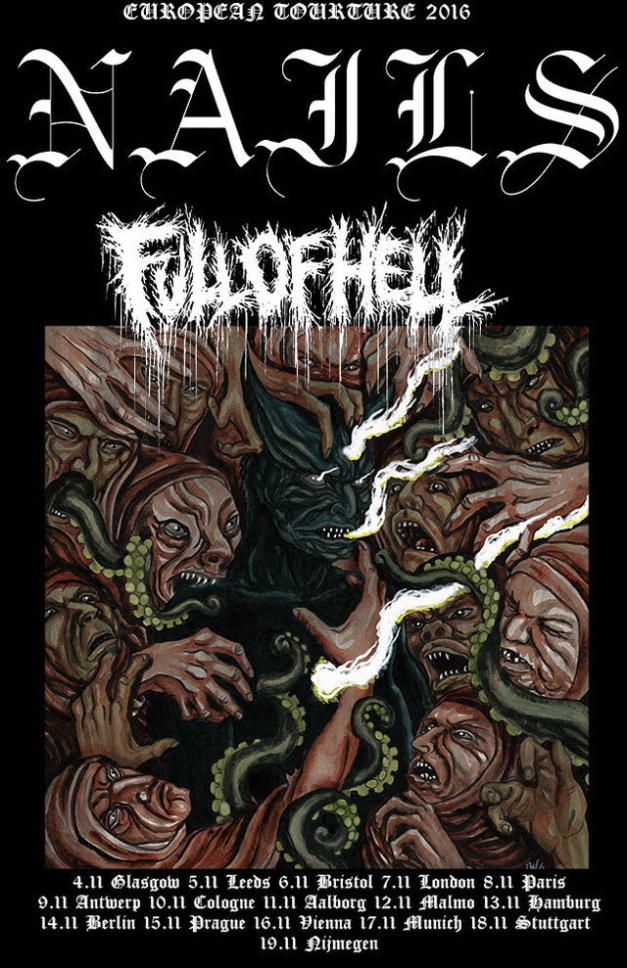