“For bands & solo artists who need great sounding drums on their music, here’s your chance to have Alex Landenburg playing drums on your tracks! Anything from single tracks to full albums, progressive instrumental music to Classic Rock & Metal. For more infos just send a PM via Facebook.”

Any bands or artists who are interested in working together with Alex Landenburg can contact him at https://www.facebook.com/AlexLandenburgOfficial

ALEX LANDENBURG joined RHAPSODY in 2012, as full-time member, but his first major step into the spotlight was at age 26 when Jeff Waters asked him to join one of Canada’s most important Metal acts ever – ANNIHILATOR. He toured with Annihilator, supporting the record “Metal” which was recorded by none other than drum legend Mike Mangini. Shortly after Uli Kusch himself asked Alex to replace him in the legendary progressive band MEKONG DELTA. In Alex’s musical carreer we can add also the bands, as 21Octayne, Angels Cry, Axxis, Stratovarius, just to name a few of them.

RHAPSODY To Headline Made Of Metal Festival

Posted by tarjavirmakari on December 9, 2013
Posted in: Int. News. Tagged: Luca Turilli, Made Of Metal Festival, RHAPSODY. Leave a comment 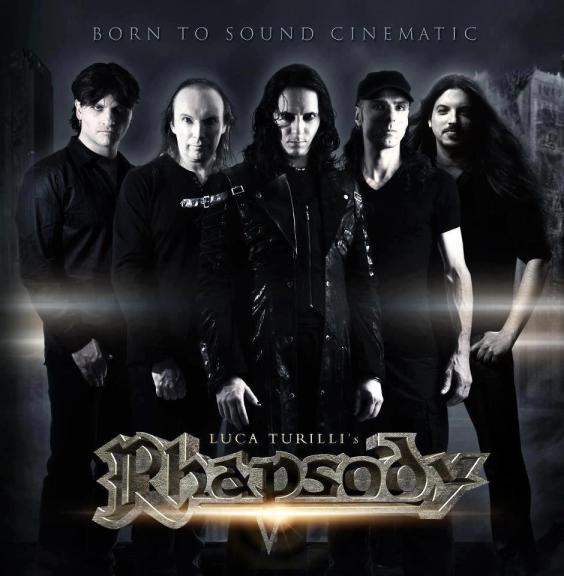 According to Nuclear Blast Records, Luca Turilli’s RHAPSODY, the creators of Cinematic Metal, are proud to announce that on Friday, August 15th 2014, will headline the first evening of the Made Of Metal festival in Hodonin, Czech republic, presenting one of their cinematic shows based on video projection and other surprises. More news coming soon!

The band recently revealed the first details on their upcoming record which will be recorded and mixed once again in the Backyard Studios of Sebastian Roeder (Kempten, Germany) and is set to be released by Nuclear Blast in 2014. A trailer for the new album is available here:

Luca Turilli’s RHAPSODY are proud to reveal the first news about their new album, scheduled to be recorded and mixed once again in the Backyard Studios of Sebastian Roeder (Kempten, Germany) and released by Nuclear Blast in 2014. 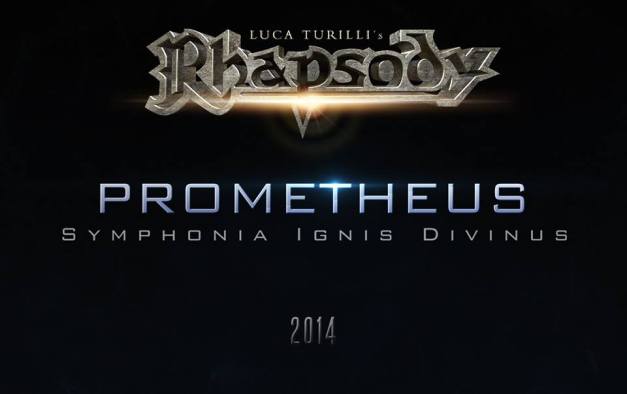 The first comments by the band: “This album is very important to all of us. Behind it there is the ambitious goal of creating one of the most epic and cinematic albums ever written”.

Singer Alessandro Conti adds: “Prepare yourselves for an amazing journey ranging from the myths and legends of the past to the unexplored borders of space and time, the revelations of quantum mechanics and beyond, while exploring the multi-dimensional levels of psyche and consciousness and the intimate secrets of heart and soul on the path of spiritual evolution. In short words: a roller-coaster ride of extreme emotions. Be ready!”

Luca Turilli continues: “I recently gave birth to my company Luca Turilli Music Productions and have partnered with great artists such as the US producer/re-mixer/mixer Allen Morgan (U2, NINE INCH NAILS, TAYLOR SWIFT) and the Czech conductor Petr Pololanik (nominated for “Hollywood Music in Media Awards” in 2011) to start composing emotional music with impact, mainly for the world of cinema and the videogames. What I can say is that I am composing, writing and producing the guitar parts and the orchestral and choral arrangements for this new RHAPSODY album in the same exact way I would and will do it while scoring movie trailers or videogame soundtracks. Therefore expect moments of high tension, pure action and adrenalin for a final result never heard before. In other words: the definitive consecration of CINEMATIC METAL!”

More news and videos, including exclusive “behind the scenes footage” directly from Luca Turilli’s home studio will be coming soon. Stay tuned!

You can check the new video trailer below:

According to Nuclear Blast, LUCA TURILLI’S RHAPSODY have announced four new dates for their ongoing “Ascending to Infinity Cinematic World Tour”. Beginning of September, the band will bring their cinematic shows to Switzerland, Germany, the USA and Mexico. The band is going to headline the first evening of “Progpower Festival XIV”, making this their only North American show in 2013, while the subsequent show in Mexico City will be this year’s only RHAPSODY show in Central and South America. So make sure not to miss these chances under any cirumstances!

Nuclear Blast has issued as follows:

“We are very proud to announce that the new RHAPSODY album will be released in June/July 2014 by Nuclear Blast. Once again it will be produced by me and it will be recorded and mixed by Sebastian Röder at the Backyard Studios of Kempten (Germany)” states Luca Turilli.

Dominique Leurquin, the guitar player, adds: “After the great success of “Aascending To Infinity”, for which we’ll never stop thanking our supporters and the international press, a new opus of cinematic metal will soon see the light and once more the wonderful and versatile voice of Alessandro Conti, ranging from heavenly and crystalline high tones to the dramatic power of an operatic tenor, will surprise most of the people while painting musical landscapes of rare beauty!”.

Luca continues, spending a few words about his new upcoming project too: “In the last years I always dreamed of starting a second business activity in connection with cinema and other important media. I finally decided to take the big step in this direction and in a short time I will present my new music production company. Through it I will offer my services as arranger, being specialized in the creation of epic/orchestral/modern arrangements of all styles, but also as composer and artistic producer for all kinds of music (Metal, Rock, Pop, Classical, Opera, Folk, etc.) and mainly for all the media-related world (TV, Cinema, Videogames, etc.). I am actually selecting some top-level partners to offer and extend the services of my company to a worldwide level. More details about the same company and the new album will follow soon!”

Videoclip „Clash Of The Titans“

Luca Turilli’s RHAPSODY has checked in with the following update:

Rhapsody are happy to announce that Dominique Leurquin is recovering dramatically fast after the last year’s terrible injury at his left hand. “We just received a video from our beloved Dodo where he was performing a couple of Rhapsody licks…” says Luca Turilli, and adds: “Just some months ago it would have looked like an impossible thing, but now we really hope to have him back on stage with us as soonest, maybe already this year and hopefully for the important date of September 5, when our band will headline the Progpower festival of Atlanta. Well done Dominique!” 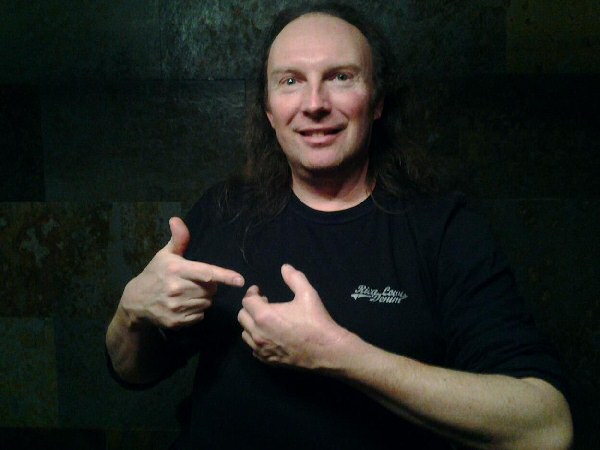