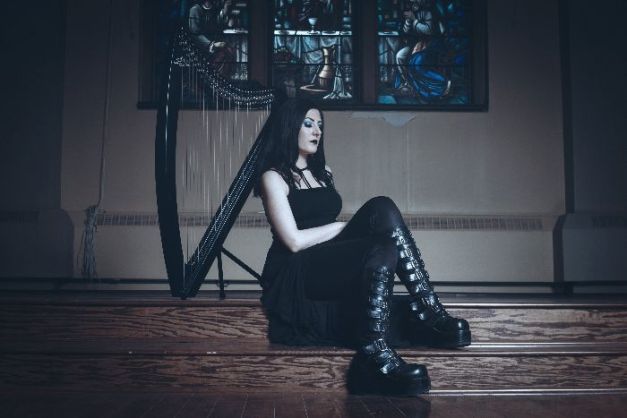 CRADLE OF FILTH keyboardist LINDSAY SCHOOLCRAFT has released her video for “Saviour” from her upcoming solo release “Martyr”. The album was co-written with former Evanescence drummer Rocky Gray and offers eleven tracks of entrancing gothic rock, influenced by Schoolcraft’s background in classical music.

Lindsay commented “When Rocky sent me the demo of this song, before I had even started writing the lyrics and vocals, I just knew this was going to be “the song” used as the first single and music video. At the time I was dealing with the pressure of feeling like I had to save the lives of everyone around me and I lost a lot of my happiness and sanity in doing so. A lot of the lyrics where taken directly from what I actually said in text message conversations. Every time I sing this song it is such a powerful reminder that I can’t be everything to everyone and that other people need to choose to fix themselves and I can’t make that decision for them.”