Passionate songwriting and a strong dedication to their craft has propelled Italian melodic metal quintet SAWTHIS to fame in their regional metal scene. Their energetic live performances haven’t gone unnoticed either – offering them the opportunity to perform with the likes of Korn, Sepultura, Children of Bodom, The Haunted, Lacuna Coil and others. To date, SAWTHIS have sold out performances in Europe, the UK and Russia.

After garnering attention with their previous releases Fusion (2006), Egod (2010) and Youniverse (2013), SAWTHIS return with a hybrid metal onslaught, entitled Babhell, out March 24, 2017 via Denmark-based label MIGHTY MUSIC. The relentlessly fast-paced Babhell combines melodic and progressive influences with thrash, groove and atmospheric soundscapes, making the record an engrossing listen for any metal fan. Babhell was produced by SAWTHIS with mixing and mastering by Sickboy Studios.

Babhell is available for pre-order via Bandcamp here.

Today, SAWTHIS are premiering a brand new 360-degree music video for their new track “Start A New Game”, which can be viewed exclusively via Revolvermag.com. The video was directed by UnderRoom Studios and features lead vocalist Alessandro Falà and his “puppet” counterpart trying to rise above societal confusions and the lies of the media. Watch at this location.

The band chose to film in 360-degree to create the illusion of a “virtual square”, allowing the viewer to control their own vantage point. Bassist Gaetano Ettorre states, “‘For the “Start A New Game’ music video, we created a “modern square” full of confusion and solitude. This square seems crowded by virtual people projected on the protagonist through the monitors, but at the end it’s just a bare and sad room. The protagonist can’t stop watching the monitors as he is essentially fed by that media, so he eventually becomes a puppet under virtual oppression.”

SAWTHIS regard Babhell as their best work to date. Ettorre states, “Babhell, in general, touches upon themes of poor human communication and its negative result. Everyone is talking, and no one is listening or looking at what’s happening right in front of them. Ultimately, in a world where everyone is talking and no one is listening, honest dialogue becomes impossible and thoughts become just noise like a Babel, a hellish Babel, hence the name Babhell. If I had to choose a term to describe the sound of the record, it would be ‘multi-emotional chaos’. Our music is a balance of rage and happiness, resignation and reaction, love and hate-Babhell represents a perfect mix of everything.”

Stay tuned for more tracks and other media coming from SAWTHIS supporting Babhell. 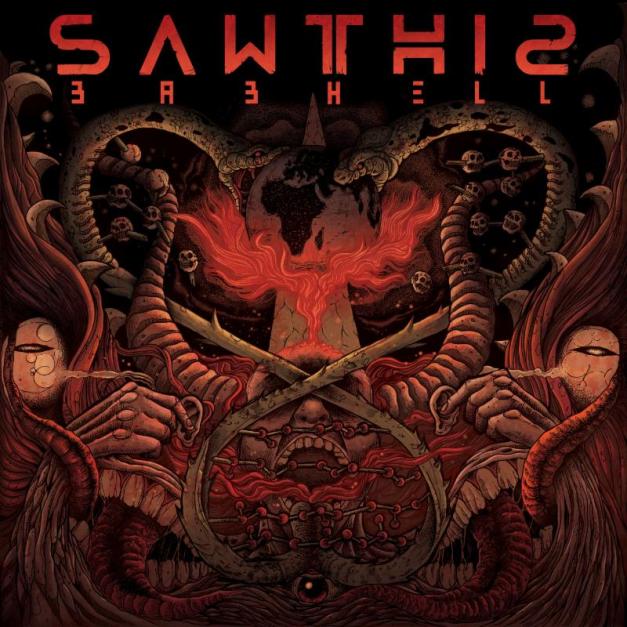 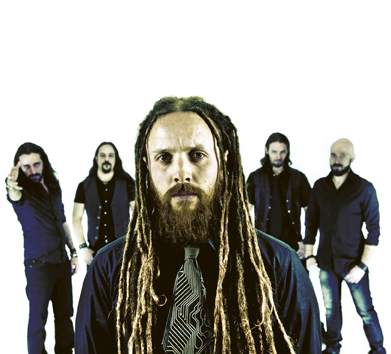 The first comment of the band about the tour: “We’re absolutely proud to share the stage with one of the most important band of the history of metal. We’ll prepare a special setlist for an extremely intense show!”.

The new album was recorded at Underroom Studios and Tbox Recording Studio and will include the participation of three international guests, Julien Truchan from BENIGHTEN, Radim from SPASM and Alessandro Falà from SAWTHIS.

The third part of studio report is available here:

“The Crowded Room”, the new videoclip of modern thrash metal act SAWTHIS is finally available in worldwide premiere on BlankTV! Check the clip on:

“The human mind is a huge universe where anything can be created and everything can be destroyed. There are cases where in one mind, one personality is not enough. “The Crowded Room” is our tribute to Billy Milligan through which it was possible to discover the multiple personality disorder”.

The videoclip was directed by Underroom Studios. The song is included in the new album “Youniverse” (Bakerteam Records), available in physical and digital version worldwide.

“The Crowded Room”, the new videoclip of modern thrash metal act SAWTHIS will be available in April 8th in worldwide premiere on Blank TV! The videoclip was directed by Underroom Studios.

Comments the band:
“The human mind is a huge universe where anything can be created and everything can be destroyed. There are cases where in one mind, one personality is not enough. “The Crowded Room” is our tribute to Billy Milligan through which it was possible to discover the multiple personality disorder”.

The song is included in the new album “Youniverse” (Bakerteam Records), available in physical and digital version worldwide.

Bakerteam Records have issued as follows:

The band have made available a video message announcing the tour:

Since their inception, Sawthis distinguished themselves for a very strong live attitude, having shared the stage with many international renowned bands such as Sepultura, Lacuna Coil, Entombed, Impaled Nazarene, Vader and The Haunted to name a few. With 2 albums under their belt (‘Fusion’, 2006, and ‘Egod’, 2010) which were very well received by fans and critics alike, the band have recently announced a new record deal with Bakerteam Records and a new album, ‘Youniverse’, which is now available worldwide. ‘Youniverse’ is a conceptual work focused on the theme of multiple personality disorder and features a very special guest appearance by Rob Cavestany from Death Angel.