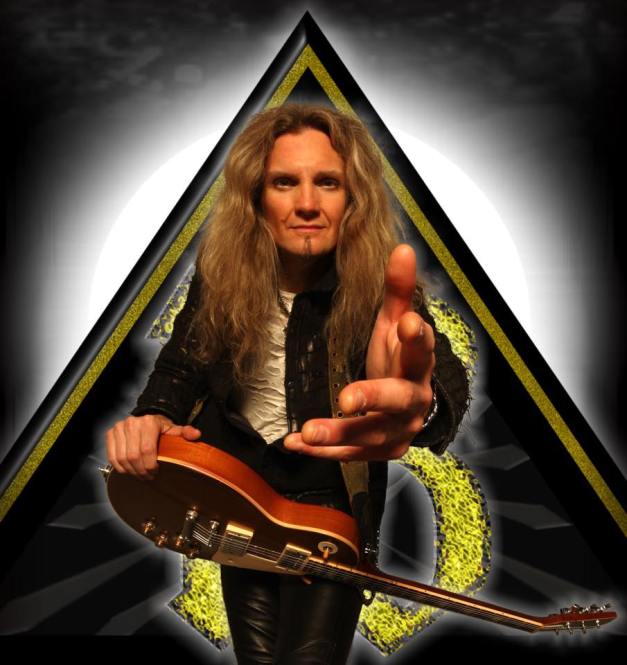 The current guitarist for WHITESNAKE, Joel Hoekstra is still maybe best known for NIGHT RANGER, TRANS-SIBERIAN ORCHESTRA and as well as from the show “Rock Of Ages”, but from now on, surely also for his new side project JOEL HOEKSTRA’S 13, set to release a new melodic hard rock studio album “Dying To Live” on October 16th, via Frontiers Music. JOEL HOEKSTRA’S 13 has a stellar line-up, besides Joel himself, the band features Jeff Scott Soto and Russell Allen on lead vocals, Vinny Appice on drums and Tony Franklin on bass.

Just a couple of days ago Tarja Virmakari had a nice chat with Joel, talking in detail about his JOEL HOEKSTRA’S 13. Joel revealed many details about this new project, and how it all started, and of course Tarja and Joel discussed the upcoming album. Tarja also asked “if we will we see him playing on stage and touring with JOEL HOEKSTRA’S 13?”, along with the curiosity of the number “13”. Among other topics were of course WHITESNAKE and their recent First Leg North American tour… to discover Joel’s answers, please join the chat below. 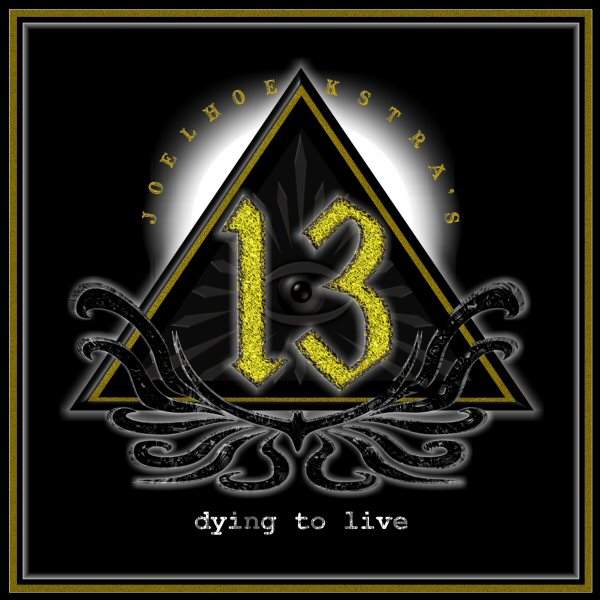 Album Tracklisting:
1.Say Goodbye To The Sun
2.Anymore
3.Until I Left You
4.Long For The Days
5.Scream
6.Never Say Never
7.Changes
8.The Only Way To Go
9.Dying To Live
10.Start Again
11.What We Believe
12.Kill or Be Killed (Bonus Track digital download) 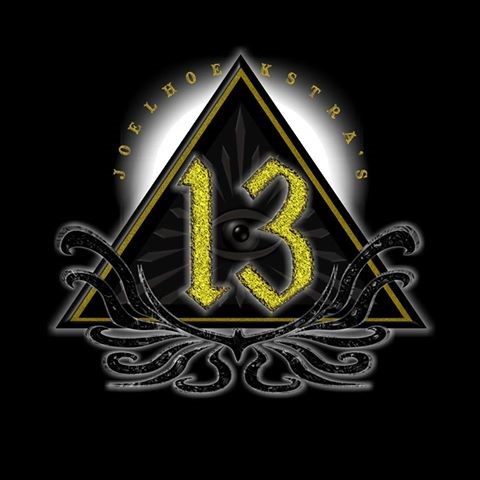 Frontiers Music Srl are pleased to announce the signing of Joel Hoekstra‘s 13!

Label comments:
We’ve had the pleasure of working with Joel for many years while he was in Night Ranger and of course, now in Whitesnake and greatly look forward to releasing this latest project of his. Joel Hoekstra’s 13 debut album will be out this October.

More details will be unveiled in the coming weeks, but for now, feast your eyes on this stellar lineup of musicians appearing on the album! 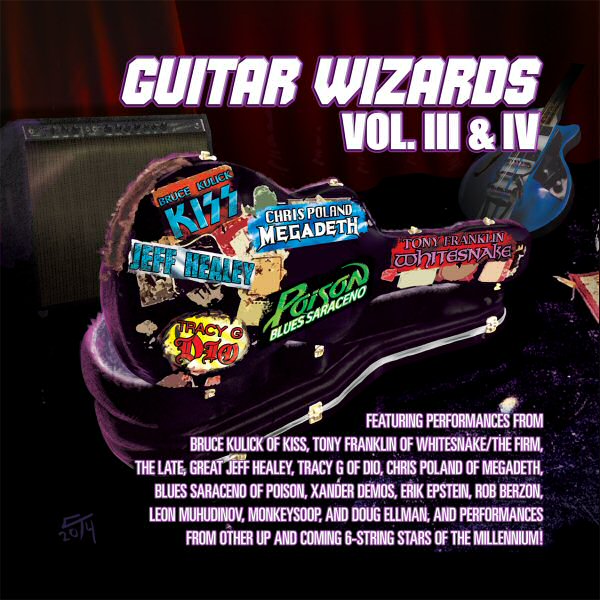 “We’re very honored to have Xander Demos featured on the cover, alongside some of the most incredible guitar players in rock and metal,” said Demos’ manager, Michael Stover of MTS Management Group.  “This compilation has been a long time in the making, and we’re very excited for it to finally be coming out.  It’s sure to be a huge success!”

Xander Demos and his band, XDB (renamed Raxus Prime) contributed the track, “Dancing Through Daggers,” which was to be the first single from their debut album.  The track was mixed by JK Northrup (King Kobra/XYZ). Xander will also be contributing an all-star track to the Versailles Records Queen tribute album, also scheduled for 2015 release. 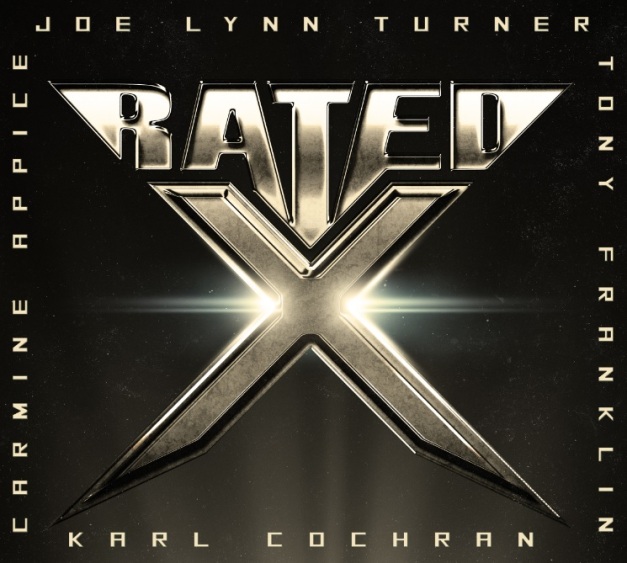 Frontiers Music Srl, the Italian-based label known for embracing new music from legendary Rock artists, returns with another impactful project: RATED X. Set for release in the EU on November 7th and in North America on November 11th, the album features all new songs built upon a classic Hard Rock foundation, with a distinctly contemporary edge.

RATED X was formed at the suggestion of Frontiers President Serafino Perugino, who mentioned to singer Joe Lynn Turner that a band of highest caliber musicians should be assembled to create an album of classic Hard Rock music. Turner, the former lead vocalist for both Rainbow and Deep Purple and a solo artist in his own right, agreed, and the search for the right players was on. Carmine Appice, who already had a relationship with Frontiers, was on board immediately. A true percussion icon, Appice’s resume is one that Rock legends are made of: Vanilla Fudge, Cactus, Ozzy Osbourne, Rod Stewart, Blue Murder, King Kobra and others.

Appice’s former Blue Murder bandmate and bassist, Tony Franklin (best known for his work with The Firm, Jimmy Page, Paul Rodgers, David Gilmour, Kate Bush, and Whitesnake), signed up next. After a lengthy search for the right guitarist, they settled on long-time Turner collaborator Karl Cochran, who has also worked with Ace Frehley, and worked in the past with Joe Lynn Turner on his solo albums.

“I believe we wanted to keep it a bit retro with a modern edge,” says Turner. “The songs are classic rock, but then that’s an understatement. They are what they are; and they transformed as we went along recording. So, all in all, we are very happy to finish the record and finally able to get it out to the public. Everyone in this band is a true individual and stylist. When you put it all together, you have Rated X.”

The debut album, simply titled, Rated X, is remarkable in that it sounds like a band that has worked together as a unit for years. The songs are powerful and the performances are tight and innovative. Frontiers in-house producer, Alessandro del Vecchio, not only handled studio production but added keyboards on several tracks. Pat Regan (Mr Big, Deep Purple, Gotthard, Kiss, Doro) mixed the album.

Says Carmine Appice: “With his help in coming up with the song ideas and working together with the band I believe we came up with the sound from the late 70s -80s. To me, it sounds like Blue Murder with Joe Lynn Turner singing. Having Tony and myself as the rhythm section and with the heavy guitars, it gives the record a Blue Murder-vibe. Then, adding Alessandro on keys gave us a bit of the Deep Purple thing. It all works together and I loved playing each song.”

Track listing: Get Back My Crown; This Is Who I Am; Fire And Ice; I Don’t Cry No More; Lhasa; Devil In Disguise; You Are The Music; Peace Of Mind; Maybe Tonight; On The Way To Paradise; Our Love Is Not Over; Stranger In Us All.