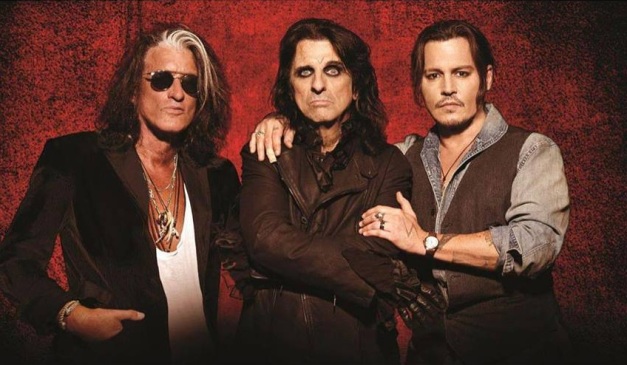 Fresh off a triumphant seven-city North America tour this week, which included a stop at the famous Greek Theatre in Los Angeles, the HOLLYWOOD VAMPIRES have unveiled the brand new song “The Boogieman Surprise”. At the aforementioned L.A. performance, Steven Tyler, the Aerosmith frontman and long-time musical partner of Joe Perry, turned up for a guest appearance, as did Marilyn Manson. Johnny Depp took lead vocals on Bowie’s “Heroes” and the “world’s most expensive bar band,” as proclaimed by Alice Cooper, delivered a live master class of rock ‘n’ roll, which included their newest track “The Boogieman Surprise.”

The song has been part of the band’s live set since the 2018 world tour and is a highlight of every Hollywood Vampires live show. Written by the band, it features the undeniable chemistry between rock and roll royalty Perry, Hollywood superstar Depp and shock rock icon Cooper. A laid back groove, grinding guitars, and smooth strings create an epic, ominous, outsider anthem with Cooper’s vocal sounding as fierce as ever. Their stage telepathy is showcased in the accompanying live video, filmed at the Montreux Jazz Festival 2018.

WATCH THE LIVE VIDEO TO “THE BOOGIEMAN SURPRISE” HERE:

LISTEN TO “THE BOOGIEMAN SURPRISE” HERE.

“Rise”, the band’s 2nd album, is some of the purest, unapologetic and most enjoyable rock and roll of the year, made by masters of the craft and true fans of the form.

Unlike their 2015 debut record, the new album “Rise” consists mainly of original material, written by the band. There are however, in the spirit of the Vampires’ original mission, three covers of songs originally written and recorded by some fellow rockers who died far too young: an intimate and intense version of David Bowie’s “Heroes”, again beautifully performed on record by Johnny Depp; the late Jim Carroll Band’s “People Who Died,” and Johnny Thunder’s “You Can’t Put Your Arms Around A Memory,” sung by Joe Perry.

Produced by Tommy Henriksen and the Hollywood Vampires, “Rise” is set to the most anticipated rock albums of 2019 will be released on June 21st, 2019 on earMUSIC as CD Digipak, 2LP+Download and Digital. 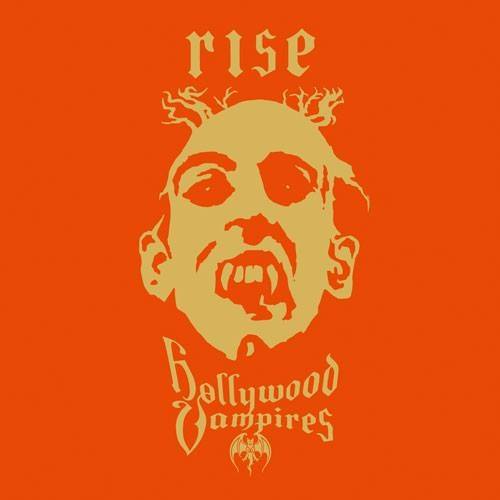