Fresh off a triumphant seven-city North America tour this week, which included a stop at the famous Greek Theatre in Los Angeles, the HOLLYWOOD VAMPIRES have unveiled the brand new song “The Boogieman Surprise”. At the aforementioned L.A. performance, Steven Tyler, the Aerosmith frontman and long-time musical partner of Joe Perry, turned up for a guest appearance, as did Marilyn Manson. Johnny Depp took lead vocals on Bowie’s “Heroes” and the “world’s most expensive bar band,” as proclaimed by Alice Cooper, delivered a live master class of rock ‘n’ roll, which included their newest track “The Boogieman Surprise.”

The song has been part of the band’s live set since the 2018 world tour and is a highlight of every Hollywood Vampires live show. Written by the band, it features the undeniable chemistry between rock and roll royalty Perry, Hollywood superstar Depp and shock rock icon Cooper. A laid back groove, grinding guitars, and smooth strings create an epic, ominous, outsider anthem with Cooper’s vocal sounding as fierce as ever. Their stage telepathy is showcased in the accompanying live video, filmed at the Montreux Jazz Festival 2018.

WATCH THE LIVE VIDEO TO “THE BOOGIEMAN SURPRISE” HERE:

LISTEN TO “THE BOOGIEMAN SURPRISE” HERE.

“Rise”, the band’s 2nd album, is some of the purest, unapologetic and most enjoyable rock and roll of the year, made by masters of the craft and true fans of the form.

Unlike their 2015 debut record, the new album “Rise” consists mainly of original material, written by the band. There are however, in the spirit of the Vampires’ original mission, three covers of songs originally written and recorded by some fellow rockers who died far too young: an intimate and intense version of David Bowie’s “Heroes”, again beautifully performed on record by Johnny Depp; the late Jim Carroll Band’s “People Who Died,” and Johnny Thunder’s “You Can’t Put Your Arms Around A Memory,” sung by Joe Perry.

Produced by Tommy Henriksen and the Hollywood Vampires, “Rise” is set to the most anticipated rock albums of 2019 will be released on June 21st, 2019 on earMUSIC as CD Digipak, 2LP+Download and Digital.

ALPHA OMEGA Management has a huge pleasure to announce that, besides the previously confirmed THE BASTARDS (USA) and DEAD BY WEDNESDAY (USA), now also SURVIVE (Japan), MELLOWTOY (Italy) and ATTALOSS (USA) are added to LaconiaFest 2016 line-up! SURVIVE, ATTALOSS (as well as THE BASTARDS) will share the stage on June 15th with the rock god legend STEVEN TYLER, DEAD BY WEDNESDAY will go on stage on June 17th (headlined by TED NUGENT) and MELLOWTOY will share the stage with SEVENDUST who headlines the festival on June 18th. The ALPHA OMEGA roster bands will play the stage ran by David Ellefson‘s EMP Label Group and Thöm Hazaërt.

Los Angeles based ATTALOSS is currently expanding upon their sound and working on their follow-up album (at Total Access Recording Studios in Redondo Beach with the amazing Steve Ornest as Producer) while always continuing to focus on positivity and hope.  As Danny Aguiluz puts it, “We believe in passion, perseverance, and staying true to what we believe in – embracing whatever life throws our way.” Check out “Open Doors” video: 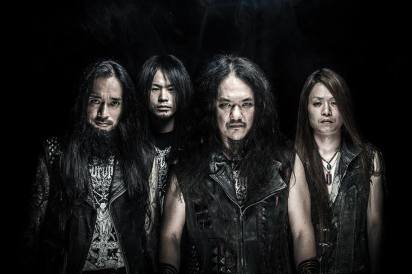 ALPHA OMEGA Management has a huge pleasure to announce that the legendary street punks THE BASTARDS are confirmed for LaconiaFest 2016, sharing the stage with the rock god legend STEVEN TYLER, the headliner of the festival!

Commented THE BASTARDS:
“We are really proud to be asked to play LaconiaFest. June 15th is going to be an awesome day and we hope to see lots of The Bastards army from the East Coast in the pit.” 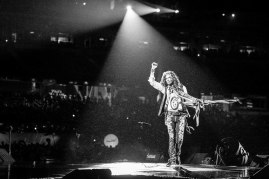 Confirmed THE BASTARDS shows, so far:

More shows to be announced soon!

THE BASTARDS, started life in the working class hole of the world, Wakefield – Yorkshire, England in the early 80’s. Formed in high school at 13 years old, a true English punk band raised on the Pistols, Clash, Automatics, UK Subs, Buzzcocks with a heavy dose of The Ramones. In December 1990 THE BASTARDS packed their bags and moved to LA. After the 1st reunion in 2002, last year the Social Media started to demand to see THE BASTARDS active again! And the band responded with an announcement of their first album in 12 years, “Straight Outta Yorkshire”, set to be released in Spring 2016, produced once again with long time Bastards producer Greg Hayes. The album will include 10 new tracks that will build upon the success of “Old, Fat & Sweaty” (2004).

Nashville natives THE CADILLAC THREE rallied Saturday night at The Cannery Ballroom for an epic hometown show, which sold out in less than one week. During the raging headline concert, AEROSMITH frontman Steven Tyler joined the trio on stage for “Sweet Emotion”. The iconic songwriter and prolific singer, who was introduced as the reason TC3 wanted to be musicians, proved the admiration was mutual when he revealed a shirt announcing he was the newest member of The Cadillac 4. Watch the video a fan posted:

“Having our fans and the place we grew up party, dance and get loud, man, was everything to us,” said Jaren. “And seriously to have one of our biggest idols, and now friend, sing with us, we definitely couldn’t dreamed this up when we started this crazy journey.”

Fans from far and wide flocked to the venue, singing every word and raising a glass to the unabashed trio. Named the UK Classic Rock Roll of Honour Awards Best New Band and playing to capacity crowds in the UK over the last several months, TC3 even saw a few of their familiar faces make the trek. For one-night-only access, Big Machine’s iHeart Radio channel also live streamed the entire show so fans everywhere could join the uninhibited musical party. Even Superstar acts like Florida Georgia Line, Thomas Rhett, Eli Young Band rave about the greatness of TC3:

One of Rolling Stone Country’s “10 New Artists You Need to Know,” TC3 will hit the road this fall with Chase Rice and has previously toured with Eric Church, Dierks Bentley, among others. The trio has been nominated for ACM Vocal Event of the Year while Jaren scored GRAMMY nods for RISER (Dierks Bentley) & “Meanwhile Back at Mama’s” (Tim McGraw), in addition to penning #1 hits for Keith Urban, Jake Owen and Billy Currington. He solely penned the band’s latest offering on Big Machine Records, “White Lightning,” and will join Kip Moore and Brett James tonight in New York City for a special CMA Songwriters Series taping of “Front and Center.” TC3’s eclectic catalogue also features album cuts for Kenny Chesney, Rascal Flatts, Miranda Lambert, Lynyrd Skynyrd, Jack’s Mannequin, Meat Loaf and more.

AEROSMITH: Steven Tyler Sings To Child On US Flight

Posted by aliblackdiamond on May 14, 2015
Posted in: Int. News. Tagged: Aerosmith, Steven Tyler. Leave a comment

Celebrity sightings are enough to send some people into a panicked frenzy. But not this lady, as reported by rare.us.

When she spotted Steven Tyler from AEROSMITH sitting in front of her on a Southwest flight, she asked the rock star if he’d be willing to sing “Happy Birthday” to her daughter, Carly.

The Aerosmith frontman didn’t miss a beat and was happy to oblige the sweet request. After spending a few seconds talking about how amazing his “bling” is, Tyler launched into an adorable version of the classic b-day song we’ve all heard oh-so-many times. Carly’s mom caught the whole thing on her phone, so her daughter will be able to look back on this moment for the rest of her life.

We seriously wish that all celebrities reacted this kindly toward their fans! Way to go Steven.

AEROSMITH singer Steven Tyler performed the band’s classic song “Dream On” Saturday night (November 9) at the Miss Universe annual pageant, which was held at an exhibition hall in Moscow, Russia.

Video footage of his performance can be seen below.