Having spent the last year using session bass players for their live appearances, RAGNAROK announced that Rammr has joined the band on a full-time, permanent basis, shortly after the band’s appearance at this year’s Kaltenbach Open Air in Austria.

“Originally it was our intention to use a session bassist going forward,” explains founder and frontman Jontho, who recently switched roles to become the band’s vocalist. “However,  during the shows he did with us, Rammr’s dedication to his craft, and to Ragnarok itself, became very evident to everyone. He fits in perfectly with the rest of the band, which includes Bolverk on guitars and drummer Daniel Minge (Dauden), not only on stage, but also on a personal level. Most importantly, he understands our ideology, and what Ragnarok expects of its members, and after yet another incredible performance from him at Kaltenbach Open Air recently, I thought it was right to make him a full member”. 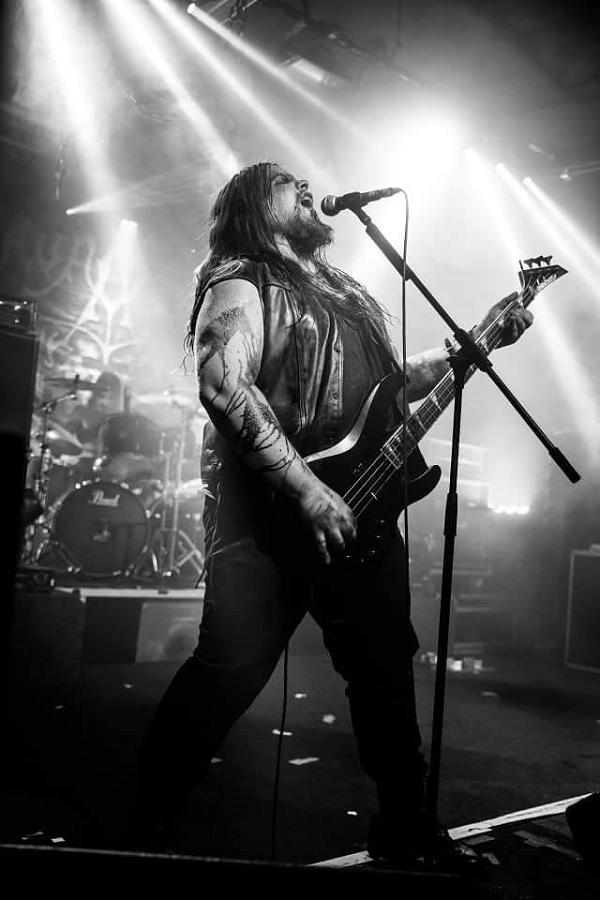 RAGNAROK are set to hit the road in September, for a thirteen-date tour of South America, where the band has a considerable following. Routing for RAGNAROK’s “Psychopathology Latin American Tour” is as follows, and includes links to the specific Facebook events where fans will be able to get all the necessary details: 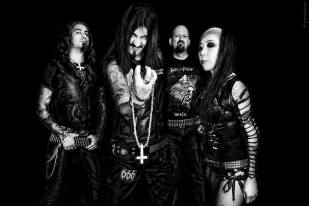 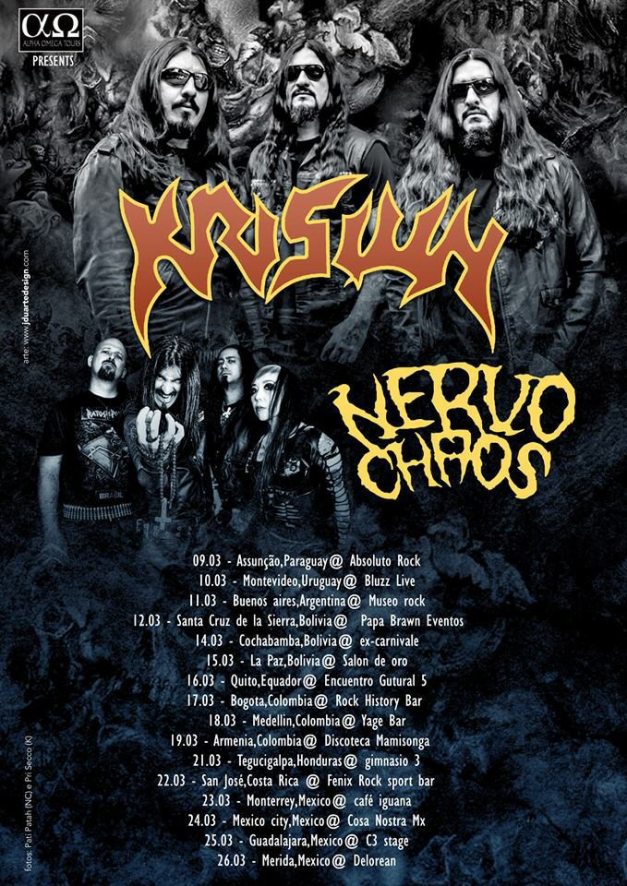 KRISIUN’s latest album “Forged In Fury” was released in 2015. The album scored #1 in the sound check of LEGACY (D) right away, and made it to # 7 in the RockHard (D) sound check and to #8 in the Metal Hammer (D) sound check. The album was produced by Erik Rutan, the brain and heart of death metal masters HATE ETERNAL and former guitarist of MORBID ANGEL. Check out the video “Scars Of The Hatred”, filmed at PartsySan Open Air 2015:

NERVOCHAOS are set to release their new album ‘Nyctophilia’ on March 10th in Brazil via Cogumelo Records. The art of both the cover and the booklet was created the talented Brazilian artist Alcides Burn (Blood Red Throne, Acheron, Iconoclasm, Malefactor, Queiron, Headhunter DC, etc). ‘Nyctophilia’ was recorded in Italy at Alpha Omega Studio, along with producer Alex Azzali, who is also responsible for mixing and mastering the work. Check out the outstanding 360° live studio video for the song “Total Satan”: