METALLICA is threatening serious legal action against a group of their own fans who have been performing covers of the metal band’s music. SANDMAN, also known as “Canada’s Tribute To Metallica” were served with the 41 page cease and desist letter right before their very own gig, reported rockfeed.net.

“Metallica owns, and has registered, their name and trademark METALLICA”, the letter scolds. Quite humorously, the letter goes on to tout Metallica’s success. (As if their own fans didn’t already know)

The legal papers reference the cover act using their “official, stylized” logo when distributing information to bring attention to their gigs.

The legal paperwork references the band’s Facebook and YouTube profiles in the documents, which means Metallica probably has a team of people who actually scour the internet looking for people playing their music. (!!!) 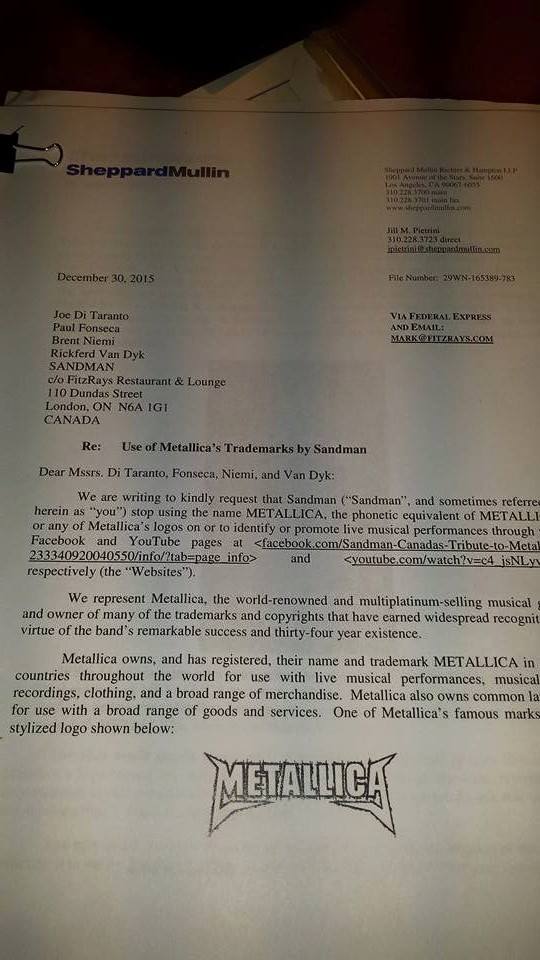 It’s pretty brutal that the band was served with legal paperwork at their very own show. Sadly, they’re all probably pretty bummed that their favorite band is threatening legal action against them, which will probably require them to stop playing the music that they love. It makes you wonder how much money they actually made as a small time cover band performing Metallica songs.

Most local cover bands only make a few hundred dollars to split among themselves, playing together only as a hobby — using what little money they make to cover equipment and transportation expenses. Clearly, Metallica doesn’t seem to care about any of that.

Over time, Metallica has taken a lot of heat for their aggressive stance against those who use their intellectual property — though it’s clear they really don’t care what anybody thinks. 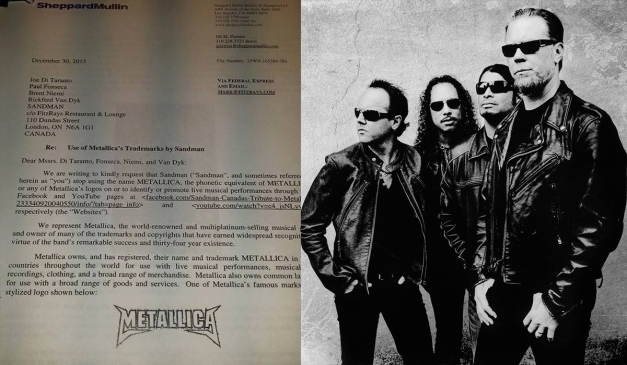 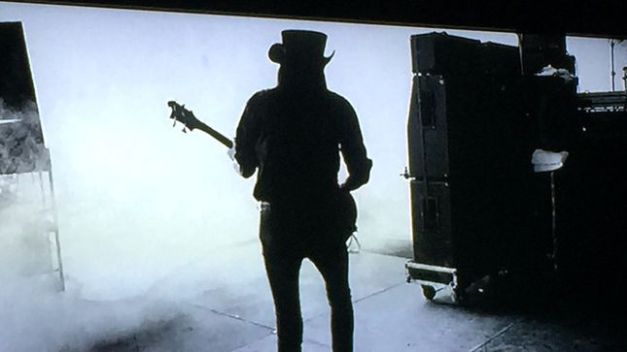 With almost 300,000 watching on YouTube and millions more thinking about a man that changed the face of heavy metal it was difficult to hold back the tears.. And what a face … an image. An icon. Kinda like James Dean … but for us metalheads, much more of presence in life. Manager Todd Singerman led the ceremony: “Man, I hate using these words in past tense!”

He proceeded to pass the mic to Lemmy’s son Paul: “He had a feeling something was wrong in August. We will know the pain he was in … all of his years he was a stage warrior. Having moved mount Everest, the show would go on. He wasn’t just a musician and songwriter … he was a figurehead. He set the bar. It was about keeping it real. Performing was everything to him. He was Lemmy all the time. He wasn’t a poseur. He paid his his dues. Motörhead’s last album was a struggle … it never revealed his frailed health. Born to lose, live to win. He wasn’t religious, but he was profoundly spiritual. He never tolerated anybody talking over music … especially his! Music wasn’t a background to him. Nobody on this earth posed his brand of of humour. He was 100% real. I won the lottery when I got Lemmy. You were perfect. You are on the road to the great great gig in the sky.” 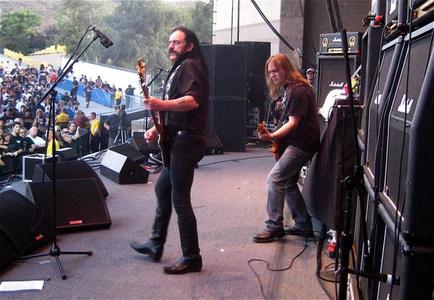 The elite of heavy metal praised the man, the legend.

Guns N’ Roses Slash: “Lemmy was somebody that I feel blessed to be friends with. He was such a a fucking great example of what my peers wanted to be. More integrity than anybody. 100 loyal. All these fine attributes. When I got sober he was so disappointed when I didn’t greet him with a flask of Jack Daniels!” 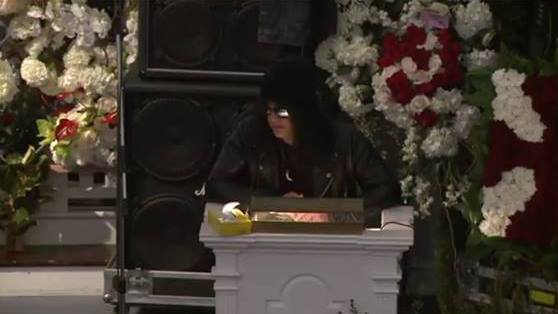 Judas Priest‘s Rob Halford: “Over the years we’ve had some amazing times. We always looked forward to seeing the lads! When I was in the the presence of lord Lemmy. I was overwhelmed! As we know, the music lives forever!” 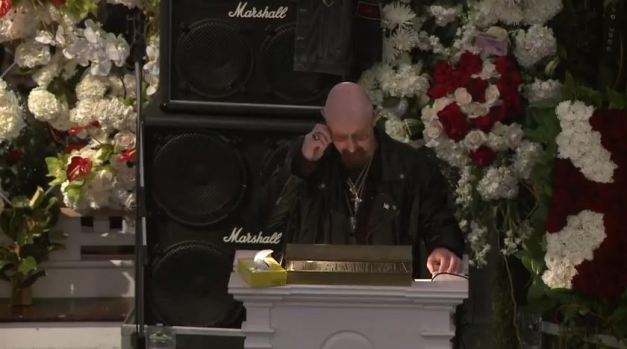 Anthrax‘ Scott Ian : “Elvis you taught us how to dress, how to look. It was Carl Perkins and Little Richard how to sound. And it was The Beatles who taught us we could to write our own songs. And Lemmy it was you who taught us that we could be fucking real.” 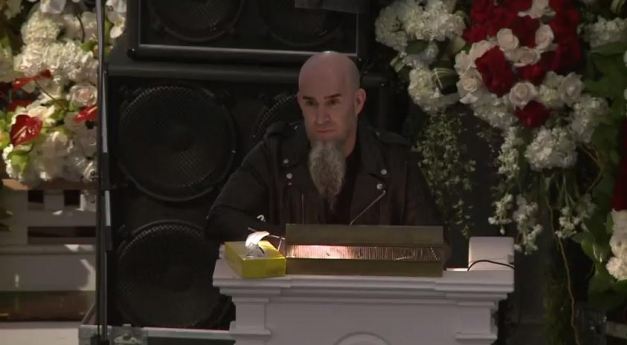 Metallica’s Lars Ulrich: “I lived and breathed every note they sang! Lemmy was so hospitable and the ultimate party host. I’ve always cited Motorhead and Lemmy as in the inspiration and the primary reason Metallica exists musically and attitude wise. So thank you Lemmy for shaping who I am today.” 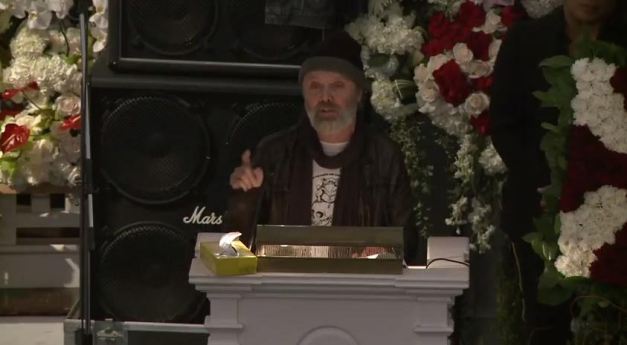 Foo Fighter‘s Dave Grohl: “There is not enough time to tell you what Lemmy meant to me. He’s my person … he’s the one that bridged my love of ACDC and Sabbath and Zeppelin … and my love with GBH, the Ramones and Black Flag.” 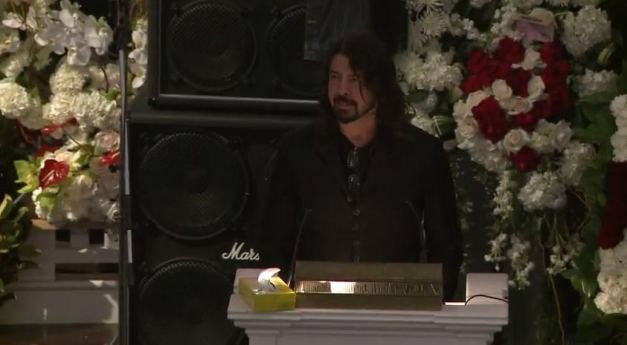 Lemmy Kilmister died on December 28th at the age of 70 following a brief battle with an aggressive cancer. 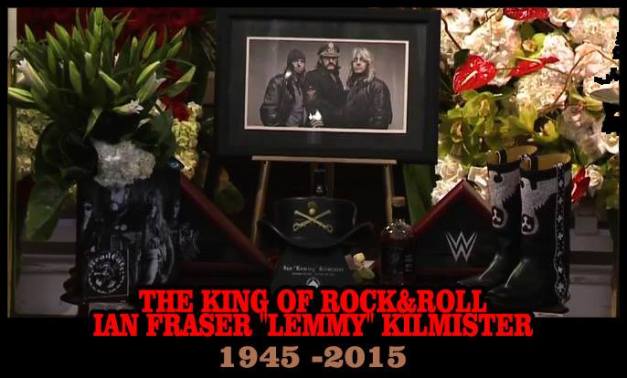 Posted by tarjavirmakari on August 29, 2015
Posted in: Int. News. Tagged: "One", “Harp Twins”, Camille And Kennerly, Metallica. Leave a comment 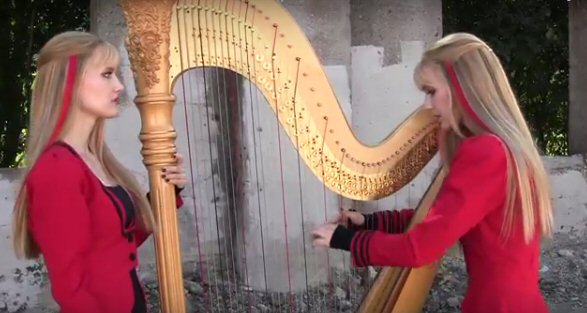 Camille and Kennerly, the identical twin dual harpists have released their cover for METALLICA‘s “One”. Watch it below.

Known as the “Harp Twins”, Camille and Kennerly perform internationally as a dynamic acoustic and electric rock Harp Duo. More information at: http://www.HarpTwins.com

NUCLEAR ASSAULT’s Dan Lilker Interviewed By The Metal Voice: “Kirk Hammet looked pretty nervous [at his first show] but he pulled it off.“ 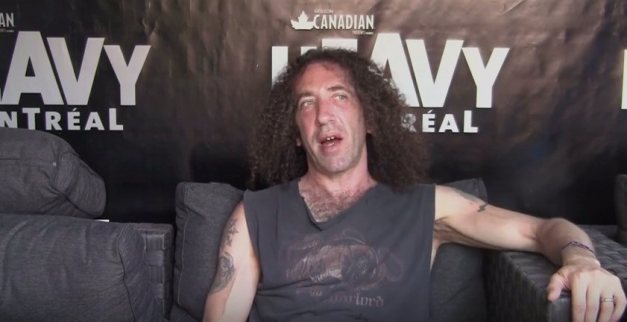 Jimmy Kay from Canada’s The Metal Voice  recently sat down with Dan Lilker (ex-ANTHRAX)  founder of thrash pioneers NUCLEAR ASSAULT at Heavy Montreal Festival in Montreal Quebec Canada. Dan talked about his song writing credits in ANTHRAX, his memories of helping out METALLICA in the early days and about the bands new E.P. Pounder.

I would say I wrote about 75% of the music on that record, the records after that I am not really on, that sound a bit different, I guess.  But it’s hard for me to comment because I was very involved in it, but yeah I wrote a bunch of that shit, put it that way

On his recollections of when Anthrax took care of Metallica in Rochester, New York when Metallica was  working on their debut album Kill’em all

They were a long way from home, they were living in adverse conditions so they could record Kill em All and do some  shows. I brought Dave Mustaine over to my house so he could take a shower, we looked out for him.

They bought a bus ticket and dropped him off on Jamaica Avenue. It’s hard for me to say I don’t know the internal dynamics of the band. I wasn’t going to pry they had their reasons which they thought were justified we were kind of surprised and then they brought in this kid Kirk Hammett and he looked pretty nervous but he pulled it off, he was constantly looking over at James making sure he was playing all the parts right might have been a little nerve racking for him

On his thoughts of Metallica’s Load and reload

On his thoughts on Metallica’s  Lulu

On why Nuclear Assault decided on doing an E.P. instead of a full length album

We all don’t live in the same cities and we don’t get to jam every few days like other bands that live around the corner from each other. So we decided 4 songs is more realistic it’s quality control. We are booked in the studio right up to Christmas to do another 4 song E.P. because it’s the same logic, it’s easier to do 4 songs at a time if you are not living near each other

LARS ULRICH: “Streaming is the way ahead”

But he admits such platforms are better for long-established acts than they are for rising-star outfits according to metalhammer.teamrock.com.

Ulrich tells the BBC: “I believe streaming is good for music. People sit there and go, ‘I’m not getting paid very much,’ – but streaming is a choice on all fronts.

“It’s a choice for artists making their music available. It’s a choice by the record companies that represent the artists. Fifteen years ago, those choices didn’t exist.”

He continues: “Streaming probably does benefit artists with higher profile. A lot of playlists that are being made available for people seem to feature higher-profile artists.”

And Ulrich argues that platforms shouldn’t take all the blame if new music isn’t generating attention. “I connect less because there’s less great new music to connect with,” he says.

“A lot of the stuff is just regurgitated – this year’s flavour. It’s not leading-edge like the Beatles, Miles Davis or Jimmy Hendrix, taking us all by the hand into these completely unknown, uncharted musical territories.”

SLIPKNOT and STONE SOUR frontman Corey Taylor last week said that albums should be regarded as a band’s “calling card” with the intention of persuading people to see them live.

Metallica continue work on their 10th studio album, with guitarist Kirk Hammett having called the material written so far as “a bit more prog” than previous outings. The thrash giants headline Reading and Leeds next month. 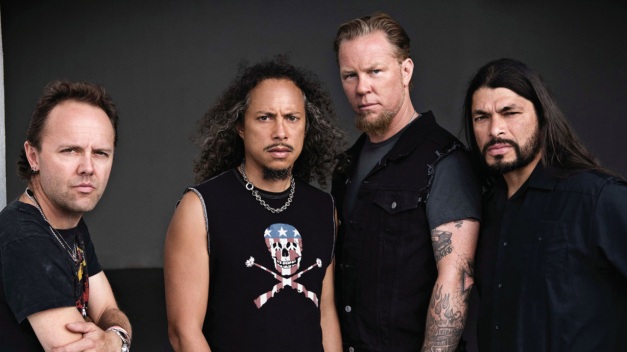 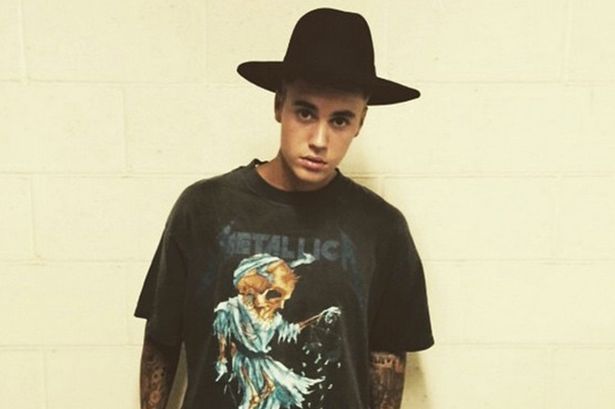 According to Mirror.co.uk, Justin Bieber has been slammed by heavy metal fans for wearing a Metallica T-shirt.

The 21-year-old, who for many is the undisputed prince of pop, found himself blasted by fans of the band when he shared a snap on Instagram. On it, the singer is donning a wide-brimmed black hat teamed with an oversized black Metallica top. The pop brat’s fashion choice evidently rubbed a lot of people up the wrong way as they mocked the hitmaker for his attire.

One user wrote: “Take that shirt off you don’t deserve it.”
While another added: “U r a disgrace to metallica.”
Someone else simply stated: “I love Metallica and I hate Justin Bieber.”

Justin is no stranger to online abuse, with his Baby music video topping the list of most disliked YouTube clips of all time.

Still, it’s likely that the Biebs may have bigger things to worry about after a lawsuit against him was reinstated earlier this week.
http://www.mirror.co.uk/3am/celebrity-news/justin-bieber-usher-face-trial-5912459

The Canadian, along with his mentor Usher, both face a $10 million copyright lawsuit after being accused of copying parts of a song.

A federal judge previously dismissed the case, ruling the two tracks differed “significantly” in tone and lyrical content, but the appeal court have now overridden the decision.

Circuit Judge Pamela Harris wrote: “After listening to the Copeland song and the Bieber and Usher songs as wholes, we conclude that their choruses are similar enough and also significant enough that a reasonable jury could find the songs intrinsically similar.”