Guitarist Tommy Vitaly will be releasing his third solo album entitled “Forever Lost” via Rock It Up Records on April 15th 2016.

With around 3,000 CD’s sold, Tommy Vitaly is one of the most successful artists on IceWarrior Records.

Now, Tommy, whose solo albums already include “Just Me” (2010) and “Hanging Rock” (2012) will finally publish “Forever Lost”, a new 6-track EP, with well-known additions from the musicians of Flashback Of Anger and also the former Royal Hunt singer Henrik Brockmann. 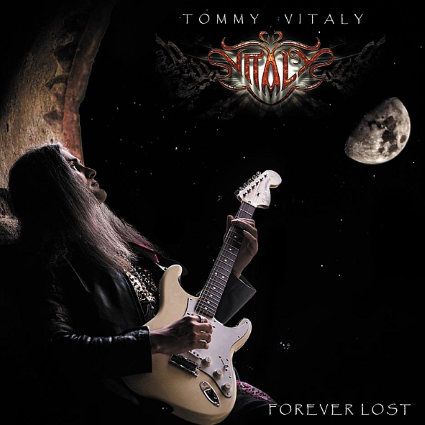 The fith LankaFest, organized by the city of Puolanka and Youth Work, will take place on July 11-12 2014, in Puolanka – Finland (on Stage of Pohjanportti at Marketplace). This year the Lankafest will be a two day festival instead of one and for the first time the bill sees also bands from abroad.

So far, the confirmed bands are:

Area also holds one separate place for alcohol sales and you have to be at least 18 years old to enter. But there is no age limit for the actual event. You can also buy some Lankafest / Bands products, like shirts etc. from the area. Ticket: 20 euros.

The history of Lankafest starts in 2010 when the event was held in the gym of local elementary school with four local bands. It was an instant success! Event was held again in 2011 at the Keskipisteenpuisto with the power of eight bands. In 2012 Lankafest took place on the brand new stage of Pohjanportti. The lead performer was a legendary Zero Nine. In 2013 Lankafest took another step by selling over 400 tickets and the lead performer was once again one of the legendary finnish bands Peer Gunt. Like it or not:  Lankafest is here to stay!

ROCK IT UP Records has issued the following:

The official video clip to “Misanthropy” from the TOMMY VITALY album “Hanging Rock” is online. Watch it below: 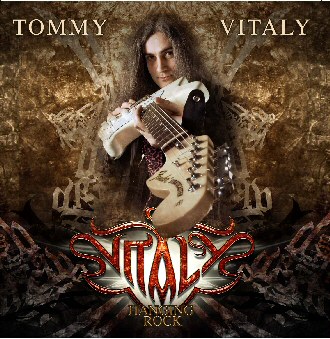 Let me introduce you to the guitar virtuoso known as Tommy Vitaly. He has become one of the greatest Neo-Classical guitarists of his time and continues to astound and influence many young and old guitarists all over the world today.

The Italian guitarist has expanded the possibilities of the guitar with his study and knowledge of the classical era, and the works of Yngwie J. Malmsteen and Johann Sebastian Bach. Alongside this knowledge, Vitaly’s technical ability of Super-speed Alternative Picking, Sweeping, Tapping, and Legato use has made his soloing as powerful as some of the best guitarists on the planet today. With his Fender Stratocaster in hand, and the much popularised scalloped frets, he combines Power Metal, Neo-Classical Metal, Blues, and Jazz in his music as well as modernised fusion. His uncompromised method of accuracy is perfectly astonishing as is his gentle use of effects greatly encompassing his music into the powerful, passionate melodies that they are today.

When describing him to others, I would be inclined to say that he is ‘Not’ just another guitarist showing off, or playing neo-classical music at a whim; he is however, and has, been put among the ever growing list of many great guitarists. If you appreciate the musical styles of Yngwie Malmsteen, Steve Vai, Rob Marchello, Stephen Ross, and Paul Gilbert, then you are sure to love these works and the music of Tommy Vitaly.

His latest album “Hanging Rock” which is due out May 2012 encompasses all his much perfected tone and precision, as well as his thorough understanding of music.

Upon entering the album we are given high octane riffs with harmonic melody vocals panned between left and right. Into the first solo on “Betrayer” and you are taken into the neo-classical elements of Malmsteen with diminished arpeggio sweeps, speed picking and scale runs. “Run with the devil” has the Iron Maiden feel to it, which seeing as they are a huge inspiration for Vitaly I’d be surprised not to hear a few little licks here and there. Technically the track is well pieced together; I think it just lacks originality and substance as at any time you could be listening to Maiden or Malmsteen. At one point I actually thought I was!
Onto, track 3 “Hands of Time” is a great solid track full of little melody lines and licks keeping things together. With the high speed verse picking, into the tapping sequence taking you to the very catchy chorus is very entertaining. We are then given a blast of diminished scale runs and sweep arpeggios again, into faster shredding before coming back to the chorus and inevitably the end. ‘Forever Lost’ starts with an such an exotic melody line making you feel you’re going into something high octane, but no, there’s a twist, you’re taken into an acoustic track, with very expressive vocals. This is very “E.L.O (Electric Light Orchestra), Pink Floyd” and as you enter the solo’s you could actually be watching or listening to Gilmore himself. Such a fantastic track!

‘Idol’ starts with an almost “Adrian Smith” signature lick only slightly modified to take you away from it. The vocals, although very powerful get lost behind the backing vocals as there seems to be way too much delay in the backing vocals masking everything else. Into the solo’s, by now we should almost expect to hear the sweep arpeggios and yes, we do. Although very well presented, they do tend to follow an almost identical line to the last 3 solo’s we’ve heard. The Yngwie combination between keys and shred guitars work to a degree although the backing track seems to just lose any expression at this point including the drums. The song ends with an anthem-esq outro, which I rather enjoyed with the finger picked playing out and the bass gently taking you to somewhere new. ‘Misanthropy’ has such a beautiful start; using the Spanish guitar and finger picking this intro is simply divine.  A mix between harpsichord and super-effective slide soloing into the most beautiful echo based chamber and delay effect bends and holds just took my breath away. If you’ve ever heard “Marooned” by Pink Floyd, this isn’t far off. We’re then given a lick that in my opinion is so overused by neo-classical guitarist luckily not for long, then back into the exceptional soloing once again. For an instrumental track this is by far the most expressive track on the album. ‘Hanging Rock’ has such an inventive array of sounds and effects from the Harmonizer to the Octavier, with a melody line which was in my head for days. The pianos have warm rich characteristics to them giving off a gentle texture feeling to it. Another instrumental track which incorporates fast Shredding, Tapping, Sweeping, Synth/Guitar switches. Just wished it went on a little longer. The last track on the album is ‘Icewarrior’ which immediately left me with the feeling of “Wasted Years” by Iron Maiden. A very melodic track with loads of technical intricacies, great use of drums, and finally the backing vocals work.

Keep an eye out for Vitaly as he is on his way up to becoming a much appreciated guitar hero among guitar players and music lovers alike.

Italian Guitar Vizard TOMMY VITALY has posted a new video “Hands Of Time”, can be streamed below, from the new album “Hanging Rock”, which will be released on May 3. Guest vocal appearance by Todd La Torre, Andrea “TOWER” Torricini (bass), Kenny Earl “Rhino” Edwards (drums).