CRYSTAL VIPER are back! The Polish Heavy Metallers are returning after a 4 year absence, which was caused by the health issues relating to the band’s front woman and founder, Marta Gabriel. The comeback album entitled “Queen Of The Witches”, is probably a perfect Heavy Metal release, as except being a concept effort about the witches and true evil, includes all the elements that fans of the genre are looking for. Great melodies, impressive vocal lines, classic sounding riffs and harmonies, catchy refrains and pounding drums. Headbanging hymns, speed metal monsters, and power ballads. All of this with a powerful and very classic sound production by Bart Gabriel (CIRITH UNGOL, SACRED STEEL, MYTHRA), that refers to the iconic and best Heavy Metal albums ever made, and coupled with an amazing cover artwork painted by Andreas Marschall (RUNNING WILD, BLIND GUARDIAN, KREATOR).

As it’s already a tradition that CRYSTAL VIPER pays a tribute to the classic ’80s Metal acts of which legacy they proudly continue, it couldn’t be different this time, and the band invited several special guests to take part in the recordings. The MANOWAR co-founder and guitar hero Ross The Boss, and no less legendary Jeff Dunn (aka Mantas) of VENOM / VENOM INC., will appear with guitar solos in two of the songs. Except that, in one of the songs we will hear a duet of Marta Gabriel and Steve Bettney, vocalist of the NWoBHM cult heroes SARACEN.

“Queen Of The Witches” will hit the streets on February 17, 2017, and will be available as CD, limited edition LP and digital download. The limited edition gatefold LP (500 copies only) can already be pre-ordered on this location: http://bit.ly/CRYSTALVIPER_Queen_PREORDER

CIRCLE OF WITCHES: Releases Video For “Rock The Evil”

“Rock The Evil”, the new video from the Italy-based stoner / heavy metal act CIRCLE OF WITCHES, can be seen below. The song is taken from the band’s full-length album, “Rock the Evil”, which was released on February 15 via Metal Tank Records. 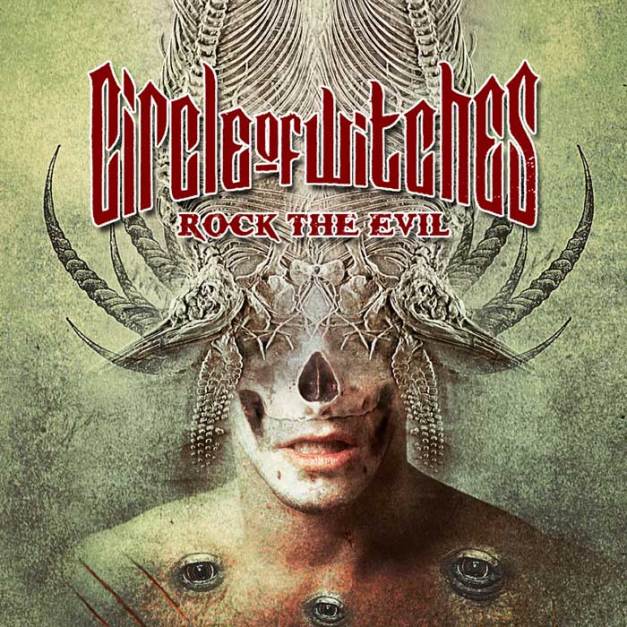 The Grammy nominated guitarist Andy La Rocque, mainly known for his cooperation with the legendary KING DIAMOND band, who is also a well known and respected sound engineer and producer, and who is owner of the famous SONIC TRAIN STUDIOS (located in Varberg, Sweden), joined forces with freelance producer, band manager and A&R specialist Bart Gabriel (CEO of GABRIEL MANAGEMENT), and launched a special promo action dedicated to Metal bands and artists.

“When you start a band, and you know you want something more than just playing in a garage or local pub, you realize that you not only need a good sounding record, but you need to make the right decisions and plan everything very carefully, as the first years of the band are like walking on a minefield: one wrong move, and your plans are ruined” says both. “New bands often make terrible mistakes, they don’t know how to sell their music, how to generate interest around them, how to approach the labels and so on. So we are here for them” they add. Every new band that will book a recording session at the SONIC TRAIN STUDIOS in 2013 – be it recording full length debut album or EP – have an opportunity to work with GABRIEL MANAGEMENT specialists on the band’s marketing plan for free.

What many people doesn’t know is that Andy La Rocque has been working as a sound engineer & producer for more than 15 years, and his SONIC TRAIN STUDIOS has already hosted bands such as: KING DIAMOND, HAMMERFALL, EVERGREY, SHINING, KING OF ASGARD, FALCONER and many others – while Bart Gabriel produced more than 50 albums from bands such as: SACRED STEEL, JACK STARR’S BURNING STARR, MORTICIAN and many others, and worked as a manager or tour manager with bands like SABATON, CRYSTAL VIPER, SABBAT and LONEWOLF. La Rocque and Gabriel produced 2 albums together: CRYSTAL VIPER‘s “Metal Nation” and LONEWOLF‘s “The Dark Crusade”, both released in 2009. In other news, SONIC TRAIN STUDIOS recently teamed up with Pro Tools certified sound engineer Olof Berggren, with an extended hardware park and knowledge.

Check out the promo video clip: