Interview with ALEX LANDENBURG: “I can’t wait to get out on the road and to play the new stuff as well as the RHAPSODY classics!” 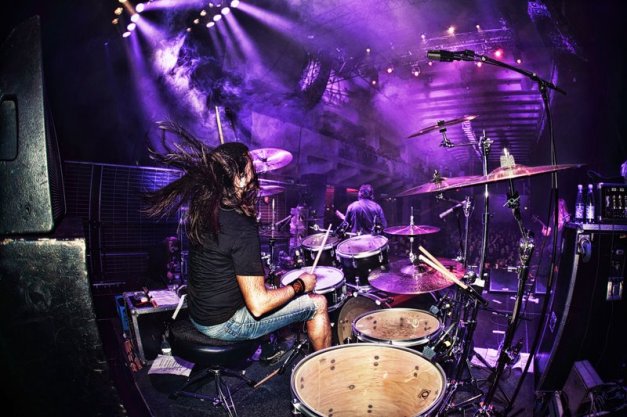 ALEX LANDENBURG’s first major step into the spotlight was at age 26 when Jeff Waters asked him to join one of Canada’s most important Metal acts ever – ANNIHILATOR. He toured with Annihilator, supporting the record “Metal” which was recorded by none other than drum legend Mike Mangini. Shortly after Uli Kusch himself asked Alex to replace him in the legendary progressive band MEKONG DELTA. In Alex’s musical carreer we can add also the bands, as 21Octayne, Angels Cry, Axxis, Stratovarius, and Timo Tolkki’s Symfonia… Now, in 2012 Alex is super excited about his newest endeavour – playing with Luca Turilli’s RHAPSODY, which he has joined as their new permanent drummer! Alex states: “What an amazing opportunity to join the band together with new singer Alessandro Conti and to start this new chapter together! I can’t wait to get out on the road and to play the new stuff as well as the Rhapsody classics”!

A week ago I had a pleasure to interview Alex, we were talking about his past, present and future, please join our conversation…

1. Hi Alex, I’m Tarja. Welcome to Metalshock Finland! what were the first tunes you listened to today? after your alarm clock, i mean… lol

Hey Tarja! The first tunes were “Game of Life” and “Reach within” from Circus Maximus’ new record Nine.
END_OF_DOCUMENT_TOKEN_TO_BE_REPLACED

“We would like to thank all of you who have supported us and our ‘In Paradisum’ in the last months. We have received a very good response both in sales and in reviews for the album.

“We are sorry for the lack of news but we have had a good reason for the silence. We have been waiting for our friend Uli to get better with his hand [after suffering from nerve damage]. We knew we took a risk in waiting, but we considered it best for the band. This is why there has not been any shows so far apart from Helsinki Metal Meeting in February.

“A few weeks ago, we received more news from Uli‘s doctors and they were very bad. They said that it is not likely that he could play drums this year at all. After talking with Uli and in mutual understanding, we agreed to continue SYMFONIA without him. It is a painful decision for all of us, but after Uli told us it is best for us to go on without him and not to wait anymore due to uncertain future with his hand, we decided to do this. And the truth is, we simply cannot wait any longer.

“We will do some shows with Alex Landenburg [AT VANCE, ANNIHILATOR, MEKONG DELTA, STRATOVARIUS] as a substitute drummer and then go straight to the studio to record a follow-up to ‘In Paradisum’ for March 2012 release. We already have a good idea how the album will be and we apologize to all those who have been waiting to see us live. Unfortunately, due to the impossible circumstances, it has not been possible, but we will correct this with the next album next year.

“We don’t feel that it is the right move now to book more shows than these. We feel it is time for a new SYMFONIA album and then book the shows. We have a lot of time to do this now that the situation is clear with Uli.

“The shows are as follows [below]. Additional shows are still possible for Argentina, Chile, Colombia and some other Latin American countries. The agents are booking them at this very moment.”

Posted by tarjavirmakari on April 18, 2011
Posted in: News. Tagged: debut album, for streaming, In Paradisum, Symfonia. Leave a comment 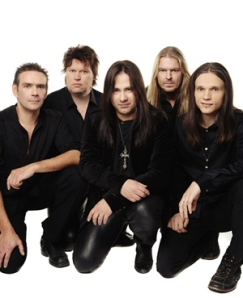 “In Paradisum”, the debut album from SYMFONIA — the new melodic metal project featuring former members of HELLOWEEN, STRATOVARIUS, ANGRA and SONATA ARCTICA — can be streamed in its entirety a AOL Music.

Released in Europe on April 1 via Edel Germany GmbH and due on April 19 in North America through Armoury Records, “In Paradisum” features the following track listing: 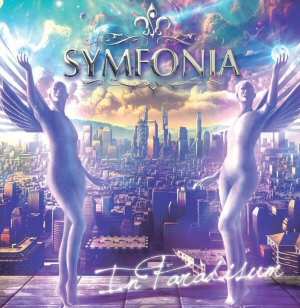 A two-minute sample of “Fields Of Avalon”, a brand new song from SYMFONIA — the new melodic metal project featuring former members of HELLOWEEN, STRATOVARIUS, ANGRA and SONATA ARCTICA — is available for streaming at Symfonia.fi. The track comes off the band’s debut album, “In Paradisum”, which is scheduled for release in Europe on April 1 via Edel Germany GmbH (April 19 in North America through Armoury Records).

Fan-filmed video footage of the concert can be viewed below.

A press release reads as follows: “They are all legends among the melodic metal community. By sheer coincidence, they all found themselves living on the same continent, in Scandinavia. They decided to join forces and express their talents in the form of a new melodic metal project: SYMFONIA.

“Honoring the heritage of their previous bands STRATOVARIUS, HELLOWEEN, ANGRA and SONATA ARCTICA, SYMFONIA continues their superb melodic metal tradition with an incredible musicianship that is a match made in heaven. This is a force that no serious melodic metal fan will be able to ignore.” 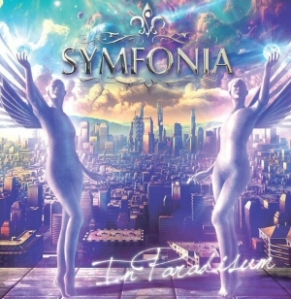 “In Paradisum”, the debut album from SYMFONIA — the new melodic metal project featuring former members of HELLOWEEN, STRATOVARIUS, ANGRA and SONATA ARCTICA — will be released in North America on April 19 via Armoury Records. The CD will be issued in Europe on April 1 through Edel Germany GmbH.

“Pilgrim Road”, a brand new song from SYMFONIA, is available for streaming at Symfonia.fi.

“Pilgrim Road”, a brand new song from SYMFONIA — the new melodic metal project featuring former members of HELLOWEEN, STRATOVARIUS, ANGRA and SONATA ARCTICA — is available for streaming at Symfonia.fi (in the audio player at the bottom of the page). The track comes off the band’s debut album, “In Paradisum”, which is scheduled for release on April 1 via Edel Germany GmbH.

SYMFONIA made its live debut on February 18 at the Finnish Metal Expo (part of the Helsinki Metal Meeting) in Helsinki, Finland. Fan-filmed video footage of the concert can be viewed HERE.